Easy Rubber Egg Experiment! Yes, easy! It only takes about 5 minutes to set up and then a week’s worth of observations. Come see how easy it really is! 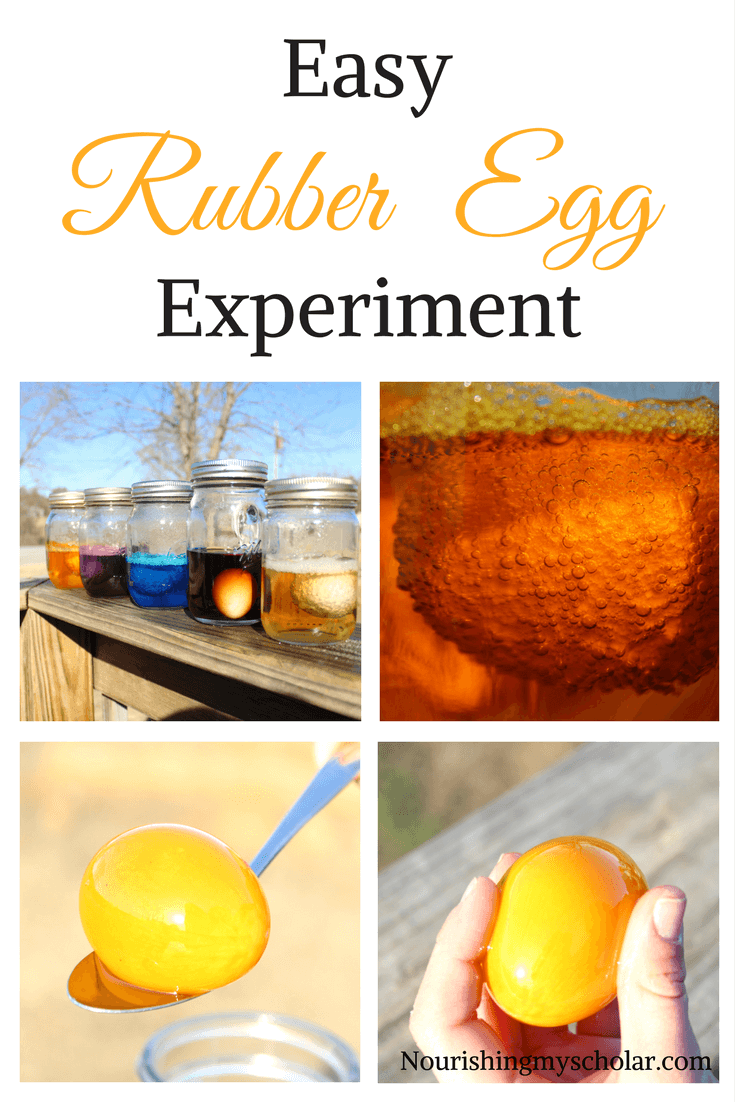 The children and I had seen a few different rubber egg experiments online and wondered if it was really all that it was “cracked” up to be…see what I did there? The basic idea is to place a raw egg in a container of vinegar. You let the egg sit in the vinegar for a week and at the end of the week, the egg is rubbery. “But why use vinegar?” the kids asked. “Can’t we use other stuff and still get rubbery eggs?” And thus our easy rubber egg experiment was born!

We decided to experiment with ingredients to see if we would still get the classic rubber egg. Here’s what you’ll need…. 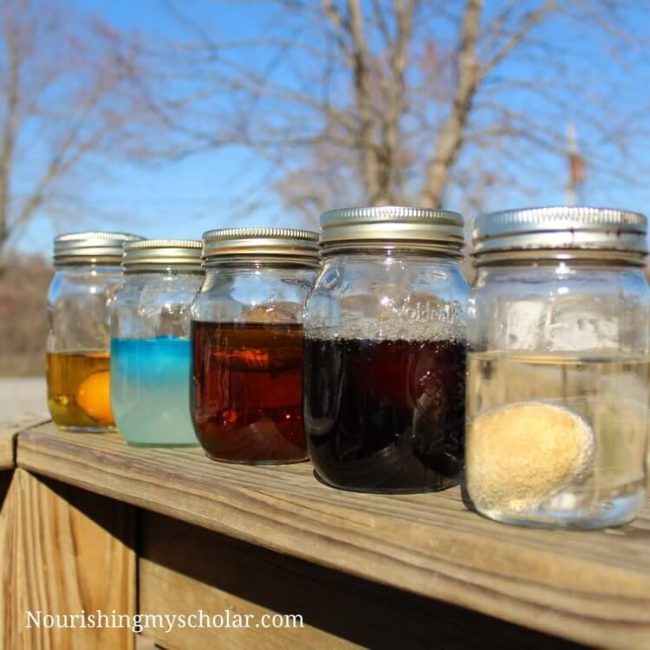 We poured enough of each solution to cover each egg and then placed the lids on the mason jars. We added a bit of blue food coloring to the salt water and orange food coloring to the olive oil so it would be easy to identify. Easy, right? Then we waited….and waited….and waited. While we waited we checked the eggs each day to see if we could observe any differences. We noticed the egg in the vinegar was always covered in bubbles. 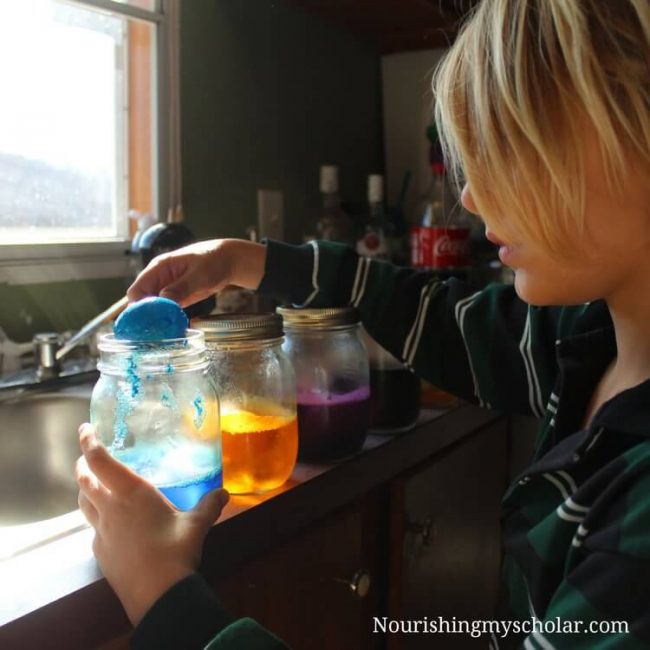 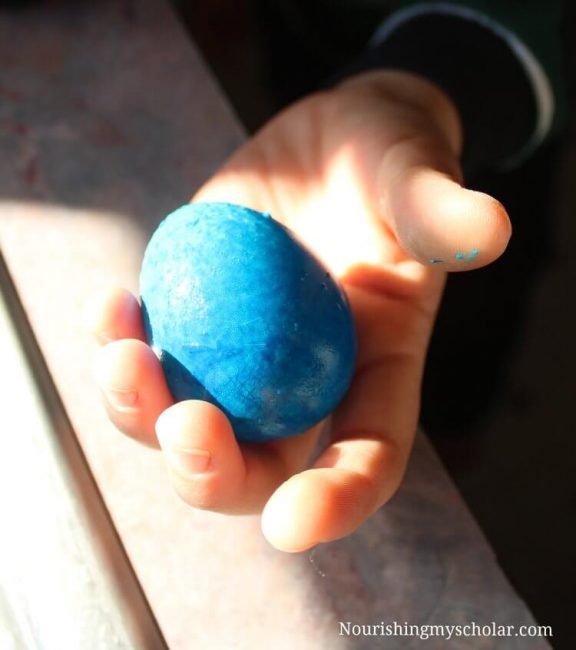 After the 7 days were up our son took each egg out of its jar.

What We Learned from the Easy Rubber Egg Experiment 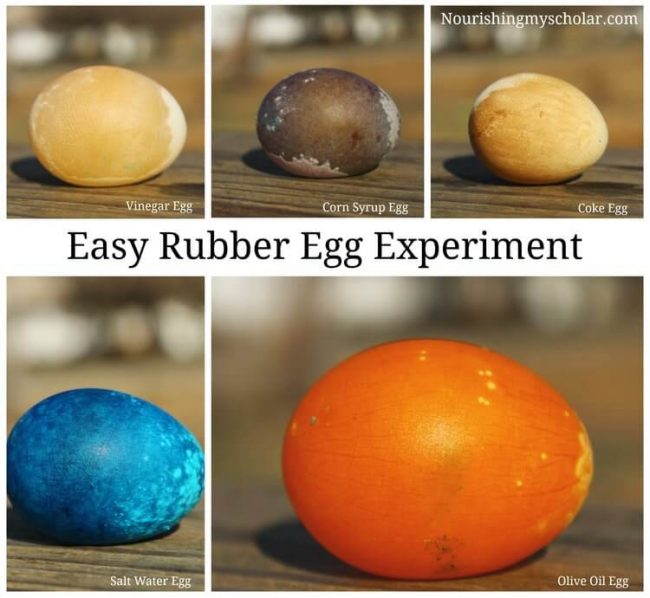 The children then decided to put all of the eggs back in vinegar only for a few more days to see what would happen….

What we learned from the Easy Rubber Egg Experiment (Phase 2)

We learned that eggs shrink in corn syrup due to osmosis! Osmosis is the process by which water moves in or out of a cell through the cell’s membrane. During osmosis, water moves from an area of higher concentration to an area of lower concentration. Corn syrup has the opposite effect as the vinegar because there is comparatively more water inside the egg than in the corn syrup. Instead of the egg swelling with both its own water and the vinegar which enlarged it, the corn syrup pulled the water out of the egg and into the syrup! 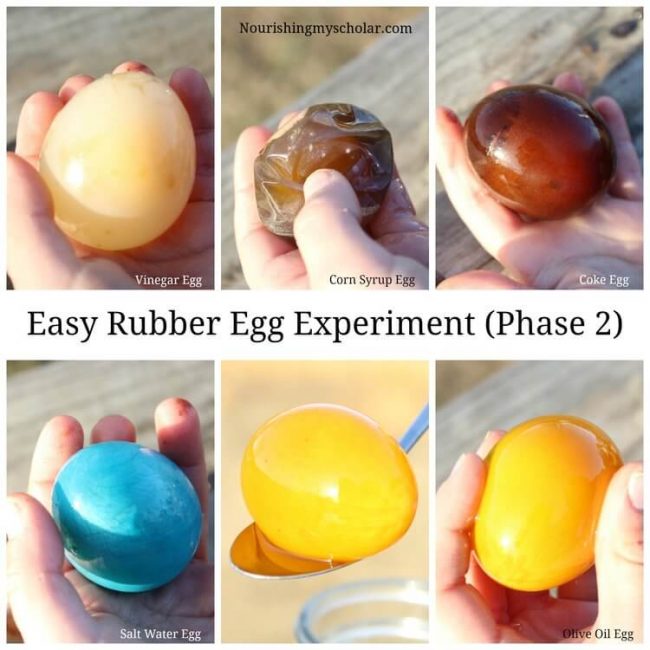 After learning so much cool stuff about rubber eggs, it was time to splat them….I mean bounce them! Seriously though, see how much they’ll bounce before they go SPLAT!

I hope you enjoyed seeing just how easy rubber egg experiments can be. 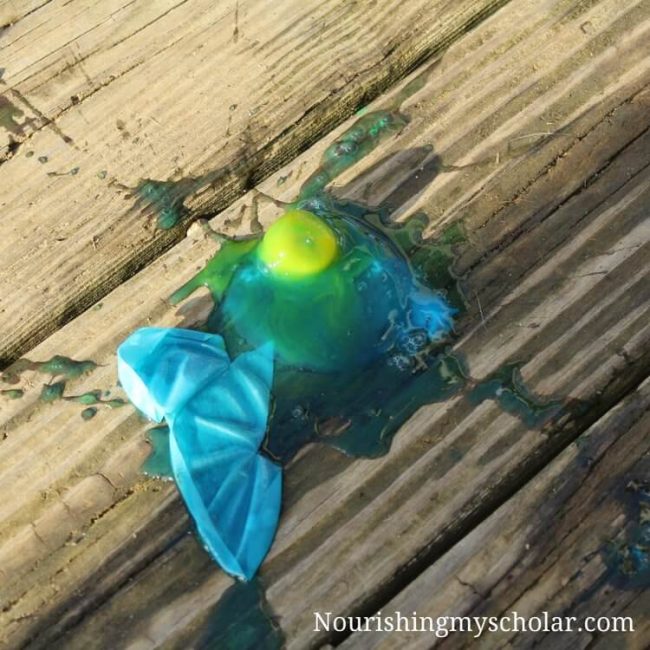 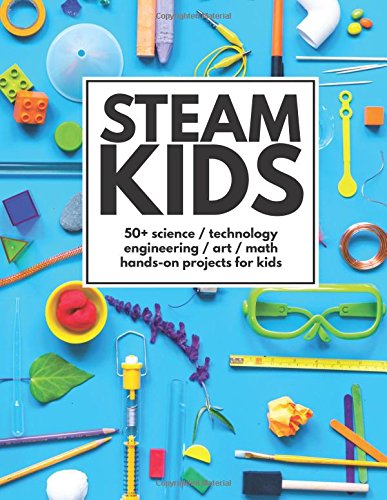 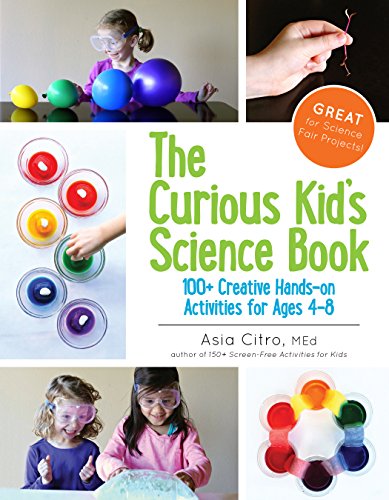 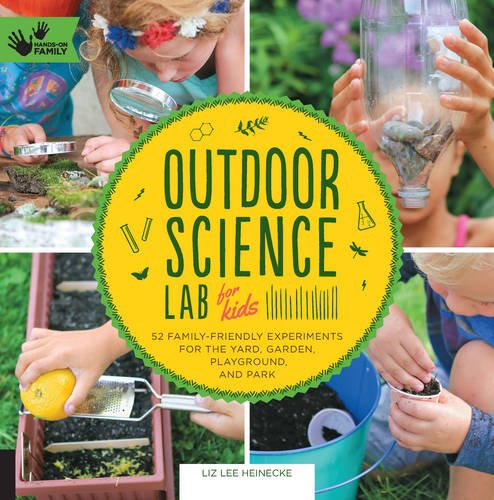 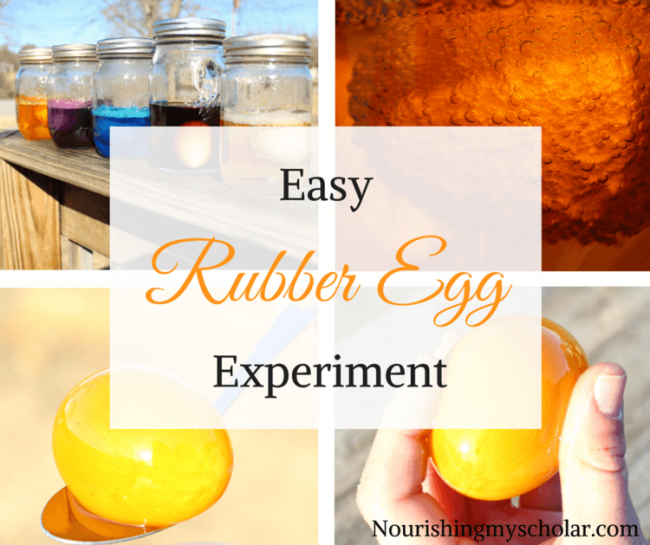