Should children learn a foreign language? Why is it important to teach a second language at an early age versus later? Is there really much benefit? 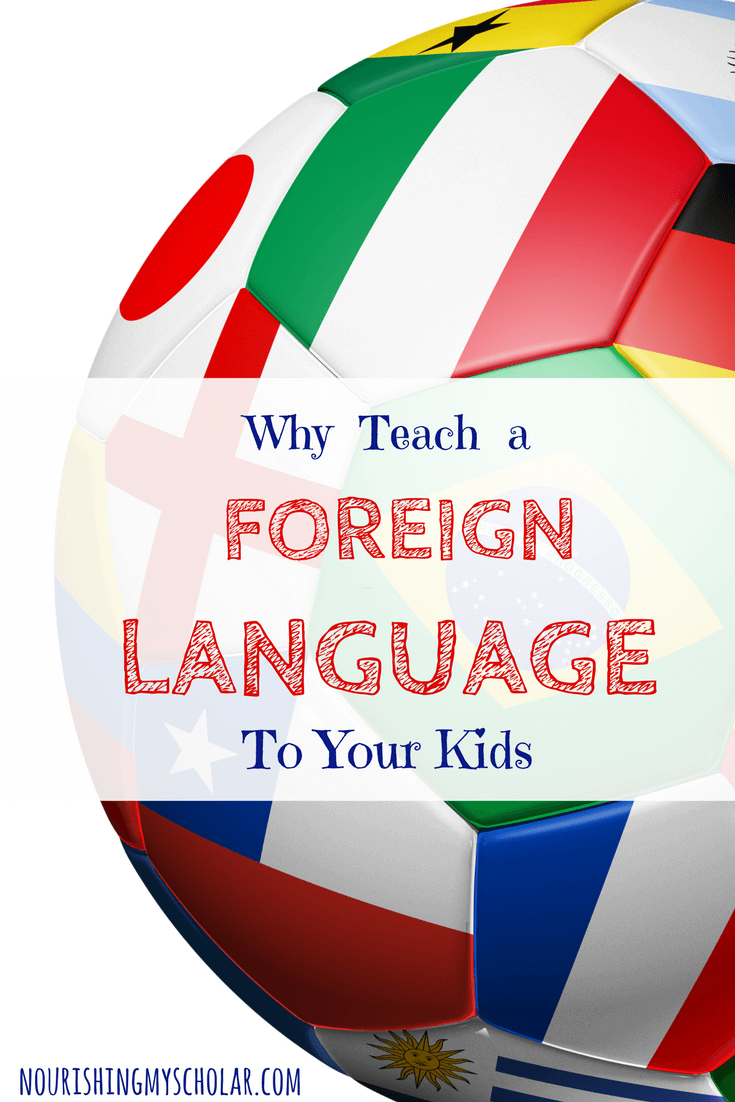 Why Teach A Foreign Language?

Children taught a second language have a definite edge over others.

My Children Want to Learn a Foreign Language

My children have wanted to learn Spanish for several years! We’ve tried a number of different programs over that time frame from free and cheap to insanely expensive but none of them worked for us. That is until, we discovered Spanish with the amazing program, Foreign Languages for Kids by Kids.

This affordable Spanish program offers an immersion experience via DVD’s that my children adore. These short videos are spoken completely in Spanish by kids. They are fun, relatable, and memorable as the children in the videos go about their day. 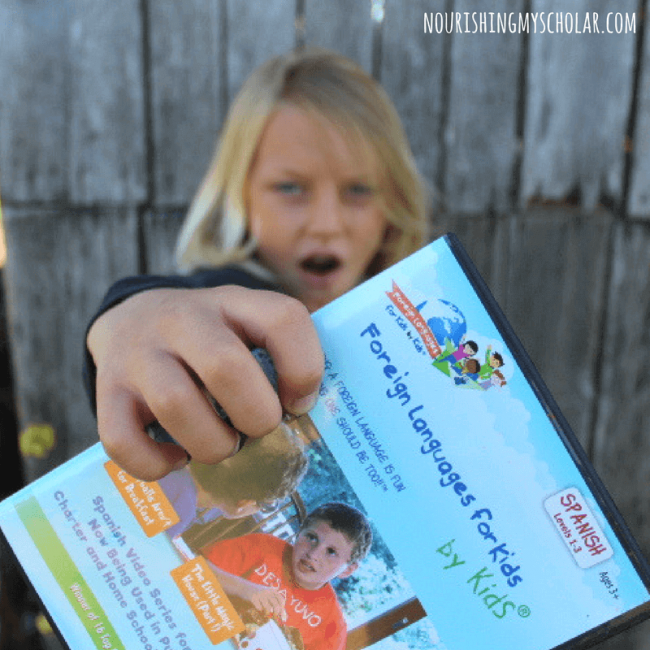 I Can Learn a Foreign Language Along Side My Children

I took two years of French in high school. At 17 years old I found learning a second language difficult. I can honestly say that I can’t remember a lick of it. It wasn’t something I was terribly interested in. Taking two years of a foreign language was simply “required” to graduate! Perhaps if I had been taught earlier in an immersion setting and had a choice as to which language I could learn things would have turned out differently.

With the immersion experience we get with Foreign Languages for Kids I am learning Spanish alongside my children! This is thrilling to me because there are no boring text books, just fun and engaging Spanish that sticks with us even after the DVD is over.

I’ve shared our love of Foreign Languages for Kids and their Go Squish Card Game before. This has been such a fun program that we even used it over the summer and are excited to continue using it for the new school year.

Tell me, are you teaching your kids a foreign language this year?