A St. Patrick’s Day that didn’t go as planned.

Today is St. Patrick’s Day and as such I thought my son Gabriel might like to learn about Ireland.  We are interest led homeschoolers. I let our son choose what he wants to learn. I may make suggestions on something I think he will enjoy learning but most days it is completely up to him. On this particular day, I thought that with all of his friends celebrating St. Patrick’s day he might want to learn a little more about the holiday and the country from which it stems. 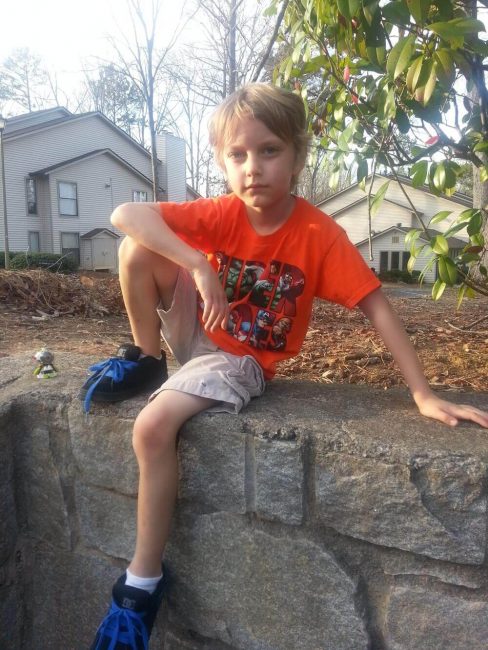 Here is where I messed up….I envisioned a full day of Ireland, Folk Songs, Stories, making Irish Stew, making green play-doh and Leprechauns. I got caught up in what I wanted to do for St. Patrick’s Day. Gabriel graciously humored me for about 30 minutes. He watched videos on St. Patrick, we talked about Leprechauns while he colored a picture of Ireland, and we listened to some Irish folk songs. 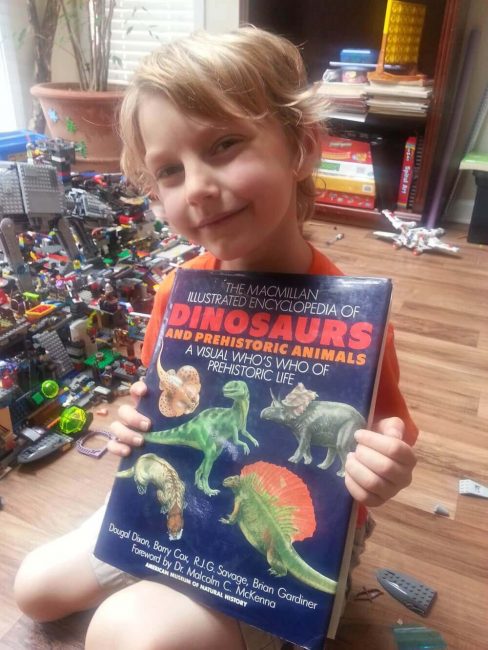 When your homeschool plans go the way of the dinosaurs

The answer is yes, yes there were prehistoric pigs! Who knew right? Apparently, Gabriel knew…He started on Dinohyus, also known as the Terminator Pig of the Early to Late Miocene. Did you know these pigs were 10ft long and as tall as a buffalo? Yeah, me neither.  Gabriel was very excited about how powerful they were.

Gabriel then went back in time even further than the dinosaurs and got excited about the Dunkleosteus (honestly, I don’t even know how to pronounce this one), from the late Devonian time period. This was a mighty prehistoric fish with an impressive set of teeth. This fish led him to Liopleurodon (I can say this one), a 39 ft. pliosaur of the deep sea during the late Jurrasic. We had to do some calculations to figure out how much bigger a Kronosaurus was than a Liopleurodon (3 ft. bigger because 39 ft wasn’t big enough!).

Did you know that Liopleurodon had 2 sets of flippers which helped it to be extremely maneuverable and more efficient at long-distance swimming? FYI, you are not going to out swim this thing! Liopleurodon led Gabriel to Elasmosaurus, a 46 ft. fish eater of the Late Cretaceous. Did you know the Elasmosaurus had 28 neck vertebrae and 71 vertebrae total? Yeah, me neither….. 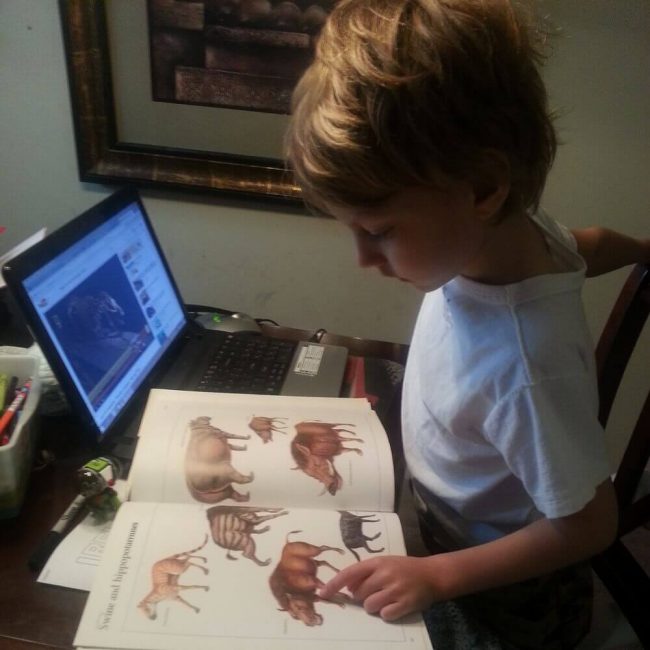 These were just a few of the many bullet points that Gabriel very enthusiastically retold to me! Our son’s face was alight with excitement as he relayed these facts to me. Learning in this way is when he is happiest, and this happiness flows into me. I find that I become excited to learn about these creatures too!

That night, after I put the kids to bed, I realized that I didn’t get to do as many St. Patrick’s Day activities with my son as I had planned. Still we both had a joyful morning and we both learned a great deal. Hence forth, I shall remember this St. Patrick’s Day as the day of the Terminator Pig! I hope he will remember fondly days like this, when he and I traveled together back in time. Just a reminder, it’s OK if your homeschool plans don’t go quite as planned. They are still learning!