We had our first little snow today…it was less than an inch really. Not a big deal except the children thought it was the greatest thing to ever happen. Gabriel woke up and came rushing into my bedroom, “Mama, Mama! There’s snow! It’s Beautiful! Come See!” As I struggled to wake up I heard him singing in the living room, ” See the Beautiful snow. See the Beautiful snow.” 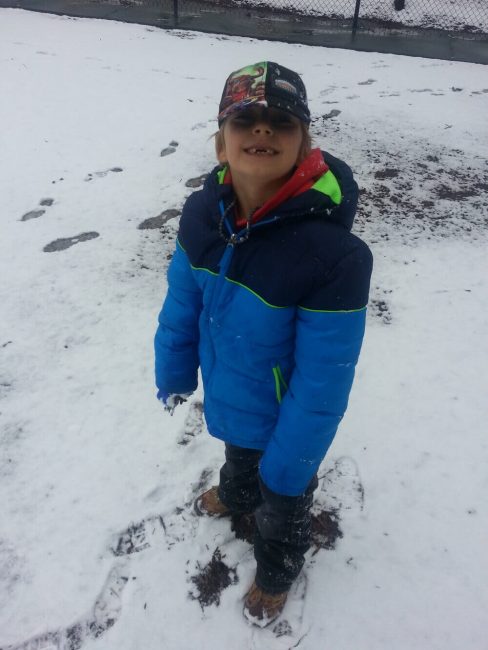 After breakfast, we ventured forth in the crisp morning air, dragging Papa with us. Jade couldn’t decide what was better, the snow or the puddles. She kept saying, “Puddles, Puddles Mama! Look at Me!” and “Snow, Snow Mama! Look at Me!”

We made our way to the neighborhood playground and thus began an epic snowball fight. Poor Papa was trapped in the play set as snowballs pelted him from both children. 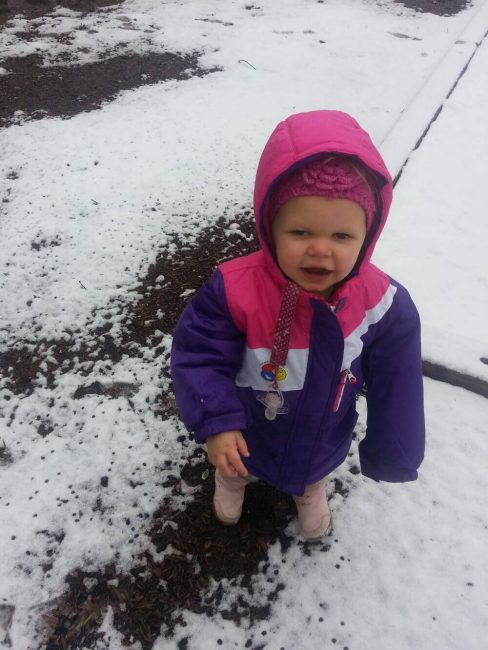 Then, Jade tripped and fell while running and the result was….tragic…she wasn’t hurt, thankfully. It seemed her face caught her.

Time to trudge back inside for warm baths and cookies.

Thus our epic snow adventure came to an end. Until the next snow, that is.