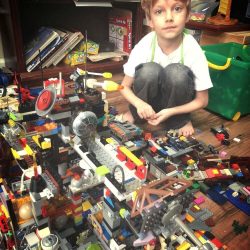 I wake up with a pain in my neck...I have slept on it wrong. I roll over and realize Papa is still in bed. It must be really early! Papa's alarm goes off at 4:30am. He gets up to turn his alarm off and looks at me in shock. "What are you doing awake?!" he exclaims. "Can't Sleep", I say. As I sit up, I see light coming from under the door. Someone else is awake. A Day in the Life … END_OF_DOCUMENT_TOKEN_TO_BE_REPLACED 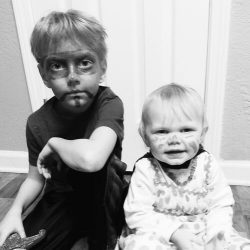 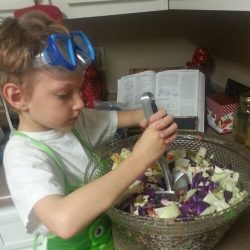 Today I asked Gabriel if he wanted to help me make kimchi.  He was thrilled. Gabriel loves helping in the kitchen and he loves kimchi.  He did asked if he could do all of the chopping and pick what type of cabbages we use.  Usually, I make kimchi with Nappa Cabbage, but Gabriel wanted to use a combination of green cabbage and purple cabbage.  He said this would be prettier to eat. I agreed to his … END_OF_DOCUMENT_TOKEN_TO_BE_REPLACED 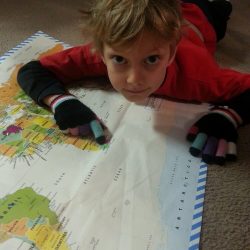 This was the very first post I ever did. Before we truly embraced that we were unschoolers. Since then many things have changed. The musical, Grease, is no longer Jades favorite soundtrack. Today it is The Lion King. Papa no longer gets to come home during the day and Gabriel bounces around around with his interests, but is still a lover of paleontology. April 24, 2015 A Day in the Life of My … END_OF_DOCUMENT_TOKEN_TO_BE_REPLACED