Here’s the A Wrinkle in Time cootie catcher I added to my son’s book club! 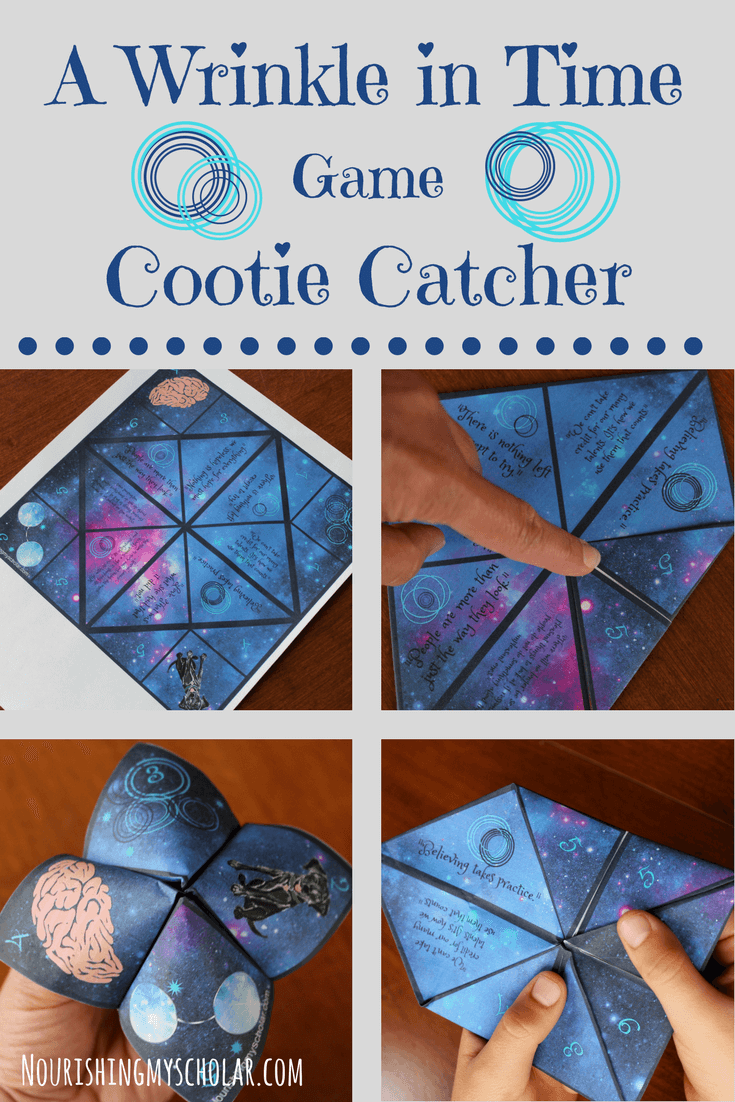 A Wrinkle in Time Cootie Catcher

This was a fun little printable for my kids because they loved the A Wrinkle in Time book. It’s simple, yet the ending choices are all memorable book quotes to remind us all…

My son helped me with choosing the images for this cootie catcher game. He thought the Brain… known as IT, Fortinbras… the family’s big black dog, and Mrs. Who’s Magical Glasses were all great choices. I added in the Concentric Circles from the 50th-anniversary book cover for nostalgic reasons. We were both pleased with the result. 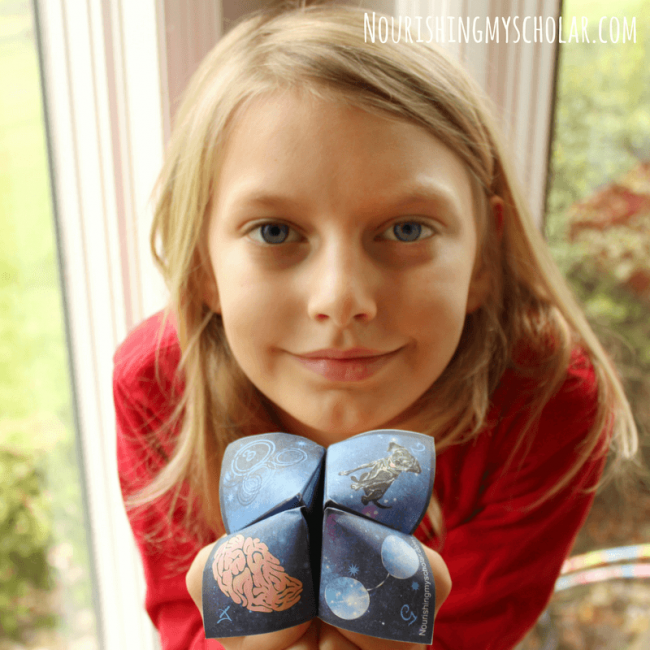 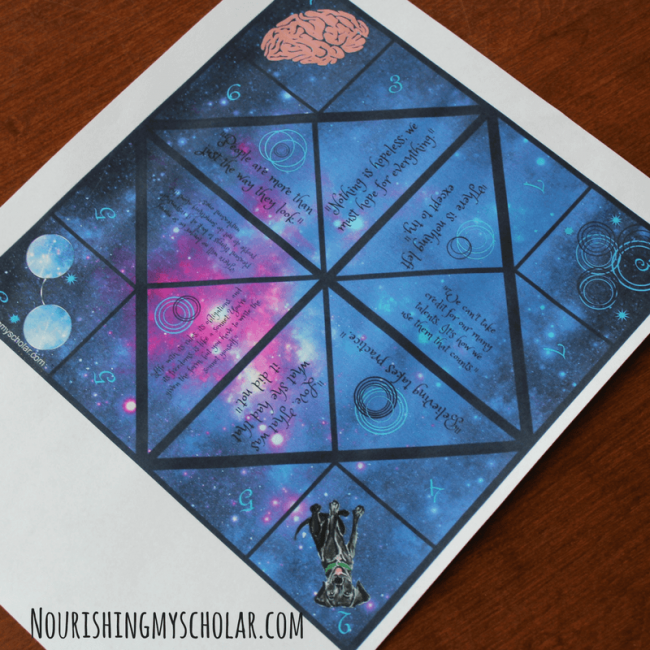 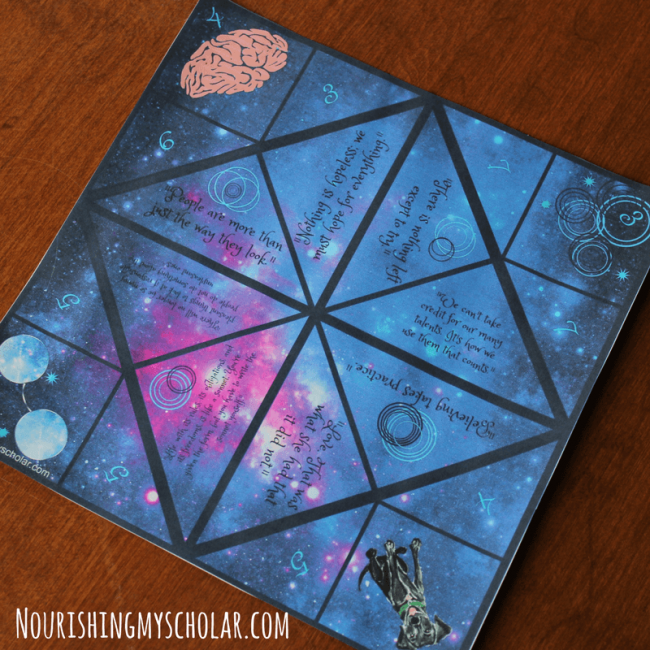 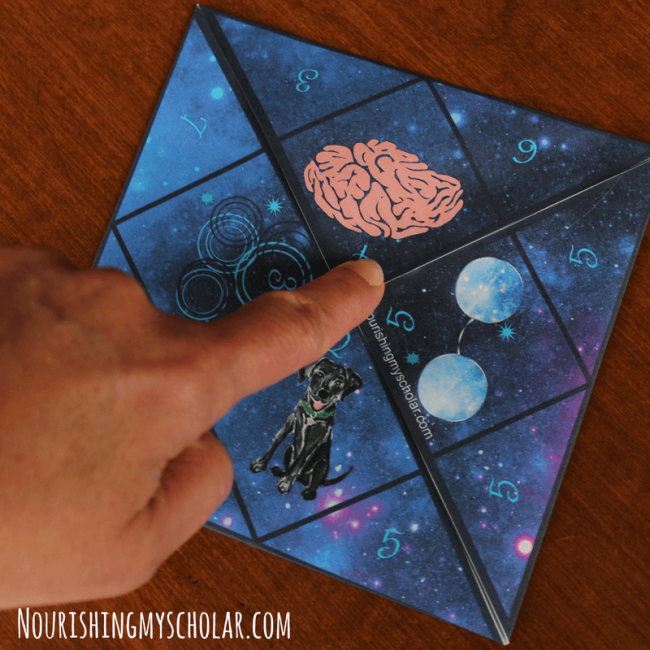 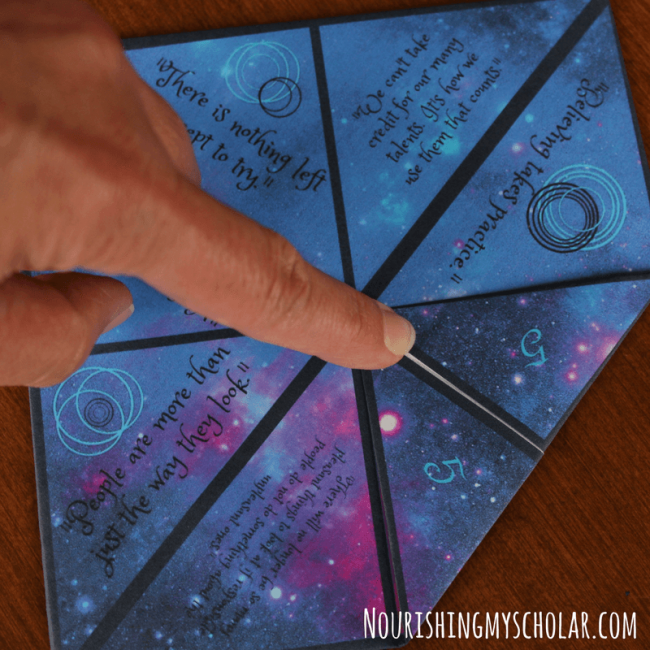 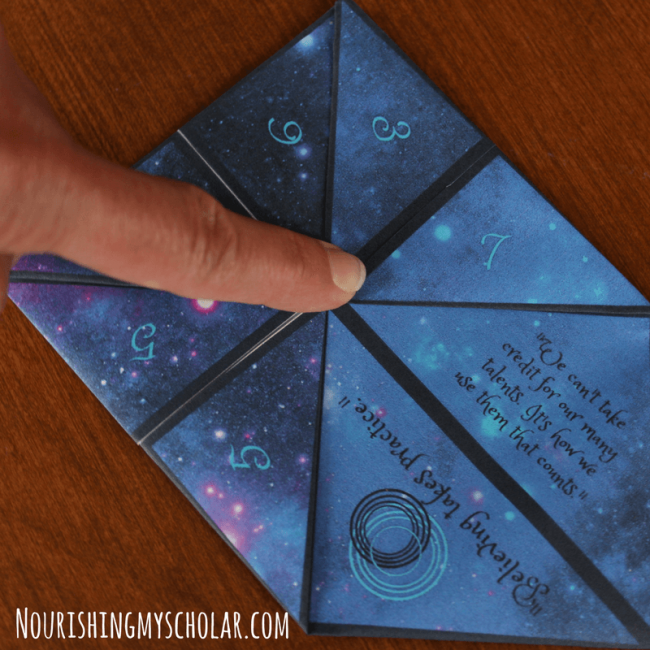 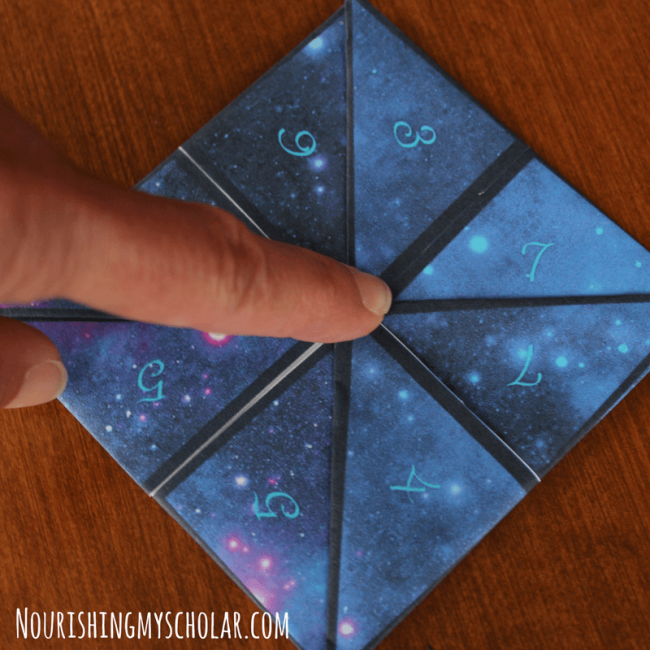 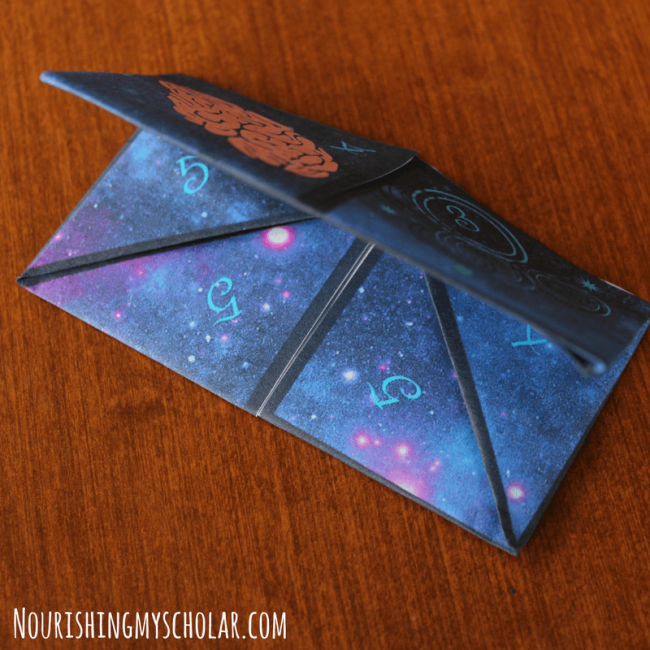 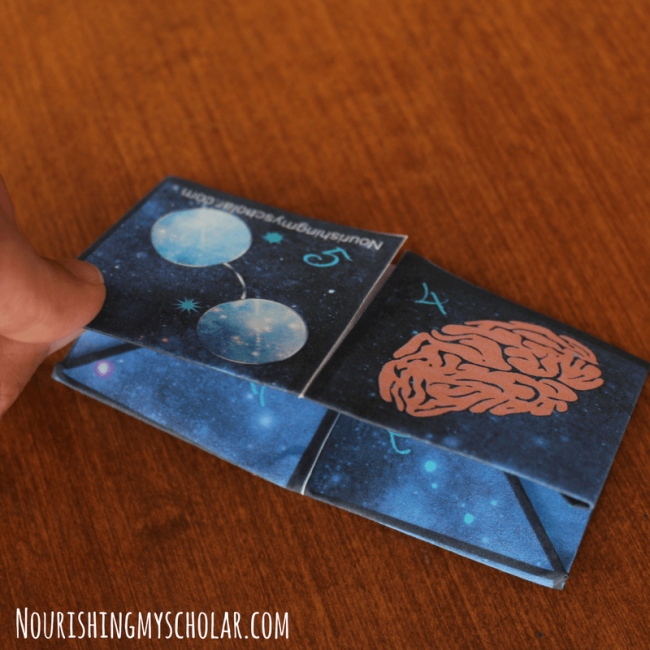 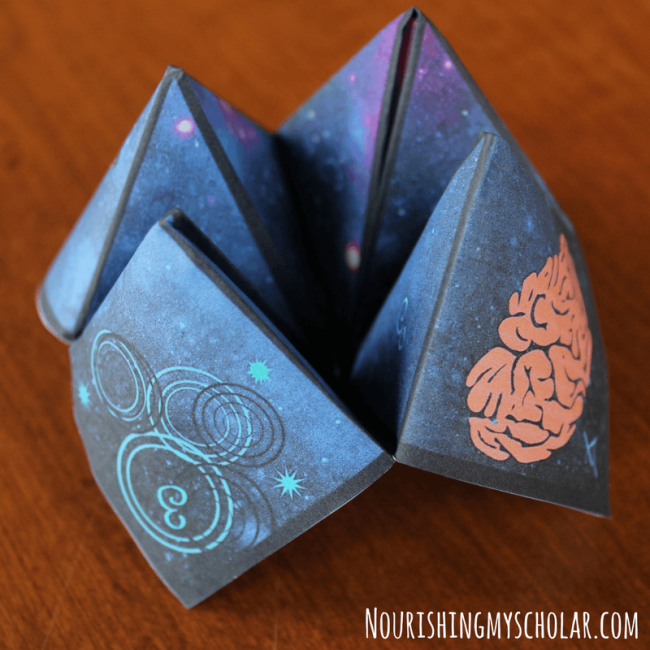 How we Played a Wrinkle in Time Cootie Catcher

My son held the Wrinkle in Time Cootie Catcher with two hands. Placing his thumbs and pointer fingers inside the cone shapes. He chose an image on the top. Either the Brain… known as IT, Fortinbras the dog, Mrs. Who’s Magical Glasses, or the Concentric Circles. 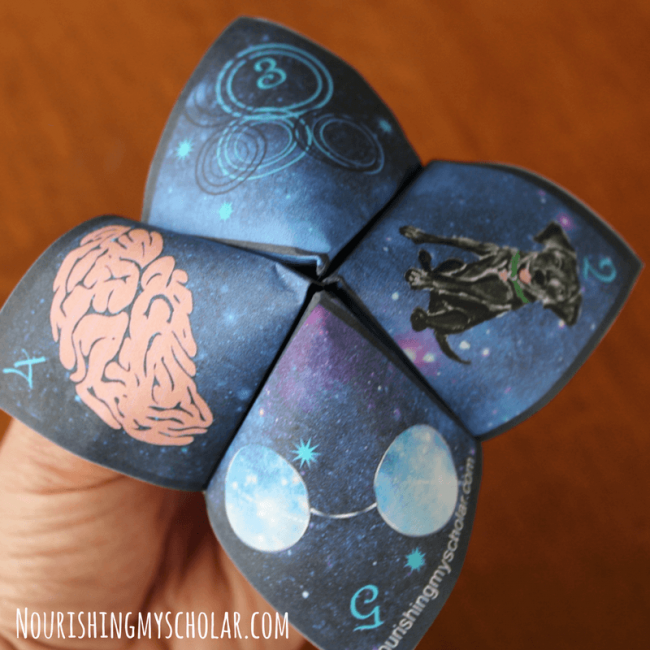 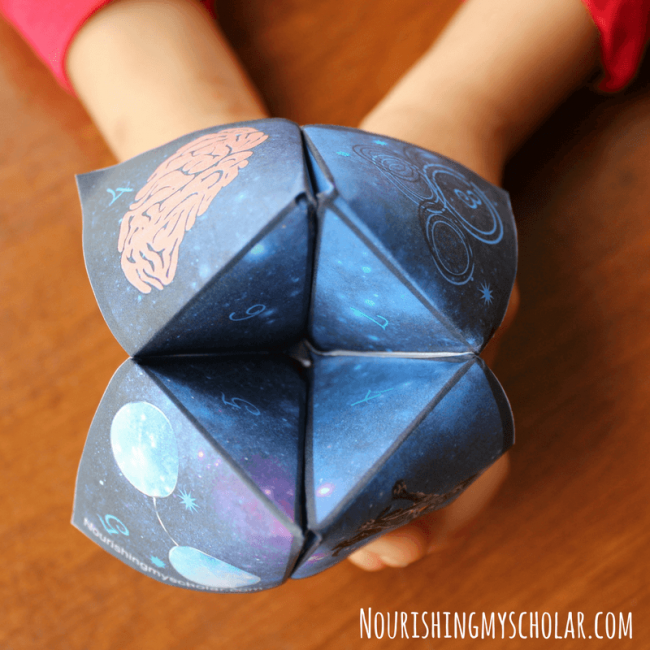 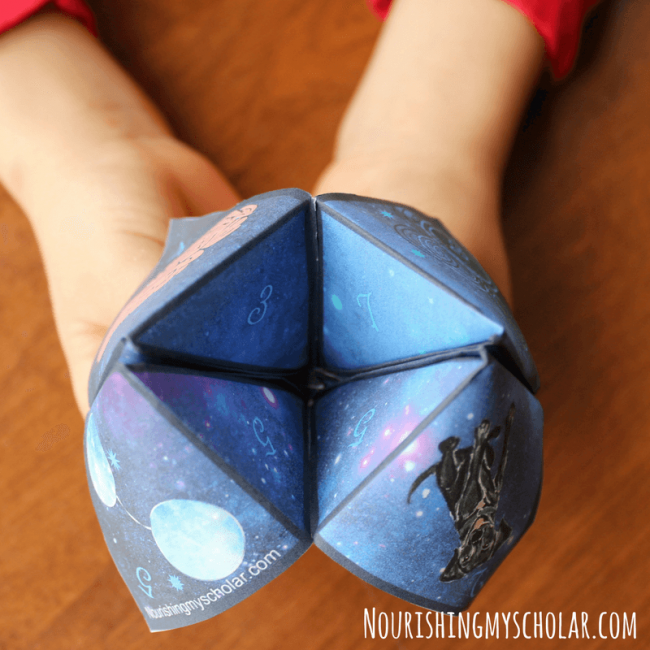 On the third number selection, instead of counting out the numbers again, my son opened the flap and read the quote from the book inside and hopefully be a bit inspired. 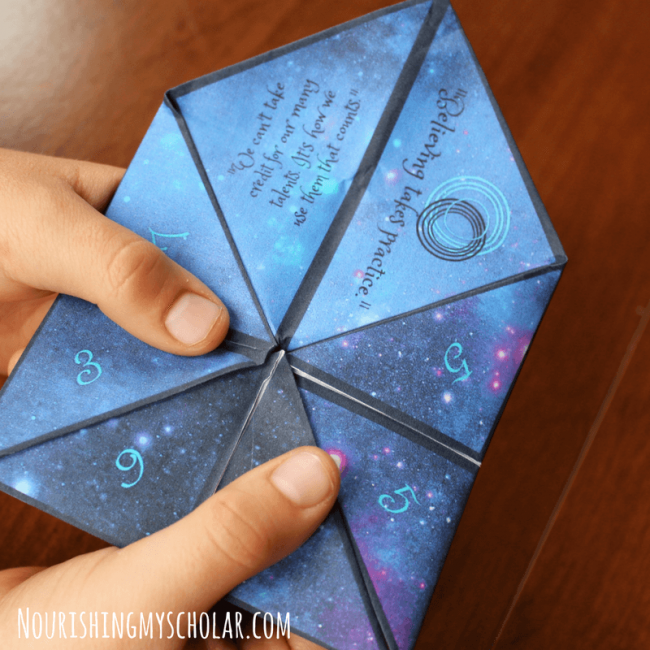 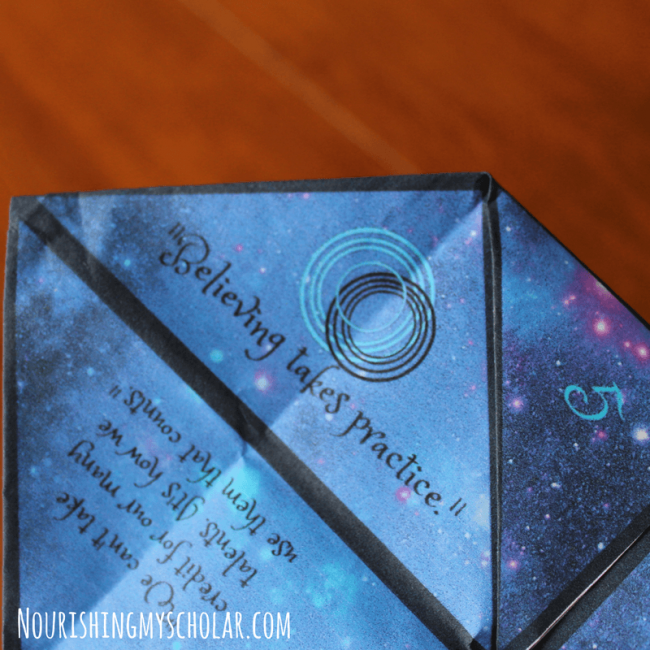 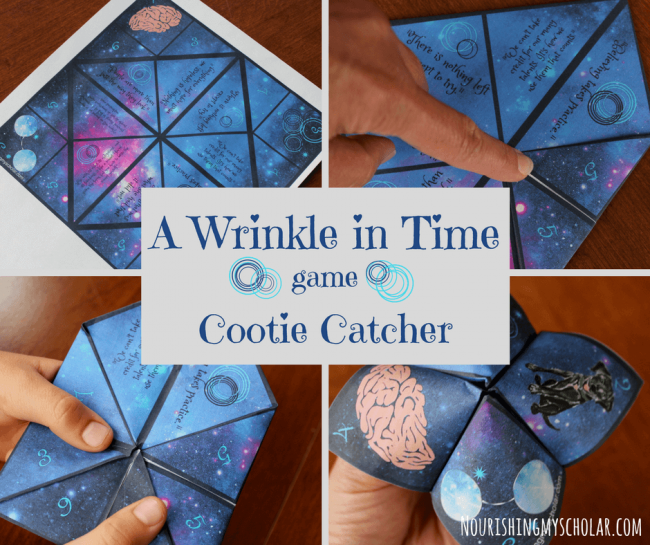 You may also enjoy…

A Wrinkle in Time Book Club – by Hide the Chocolate

Space Chalk Pastels Make a Great Addition to A Wrinkle In Time Study! 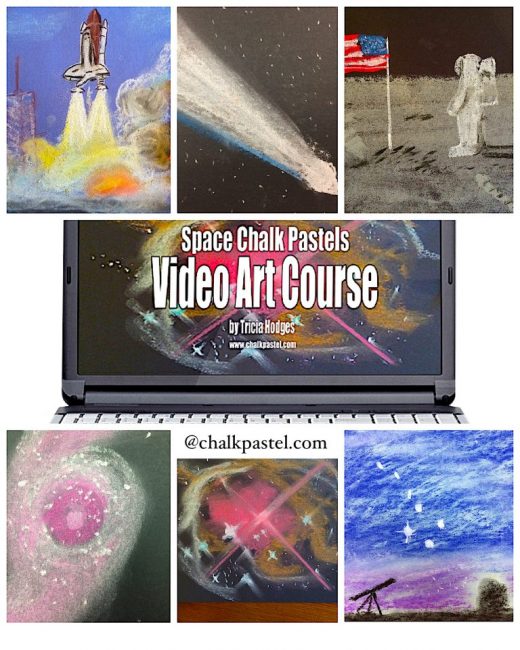 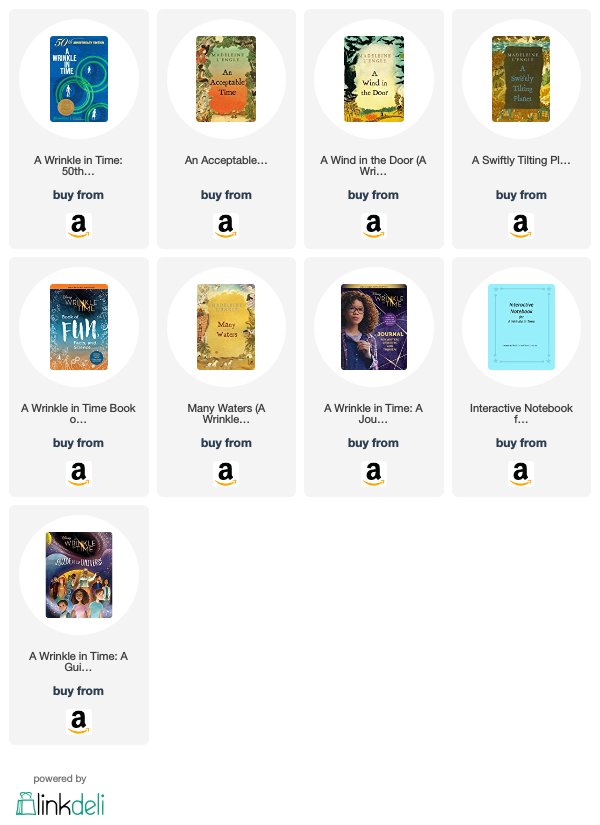