This post contains affiliate links. I will receive a small compensation if you purchase anything through my links. I only promote items that my family or I have used personally and have enjoyed.

Our Monday began with Sensory play involving beans! Jade loves her sensory bins, though the beans usually make their way out of the container and onto the floor. We also enjoyed several games of Suspend! Even Jade was excited to try and hang the metal rods onto the connector. 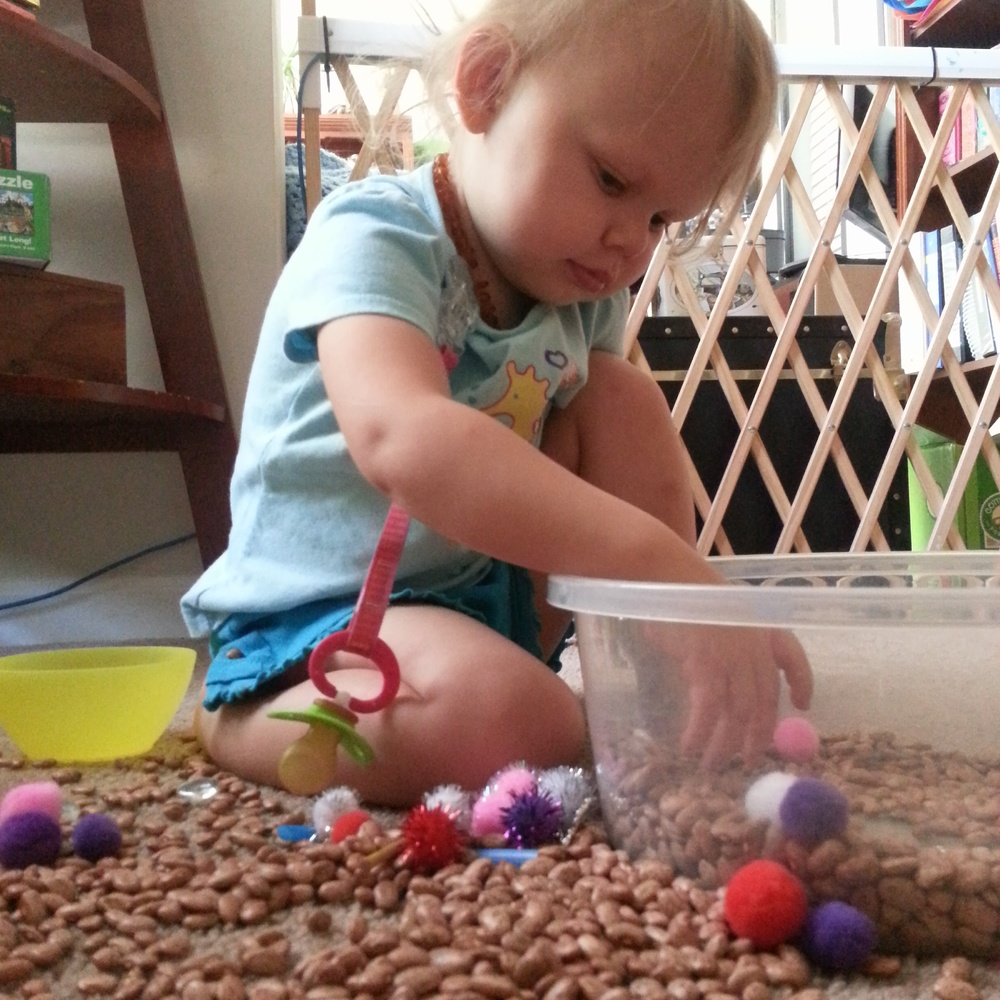 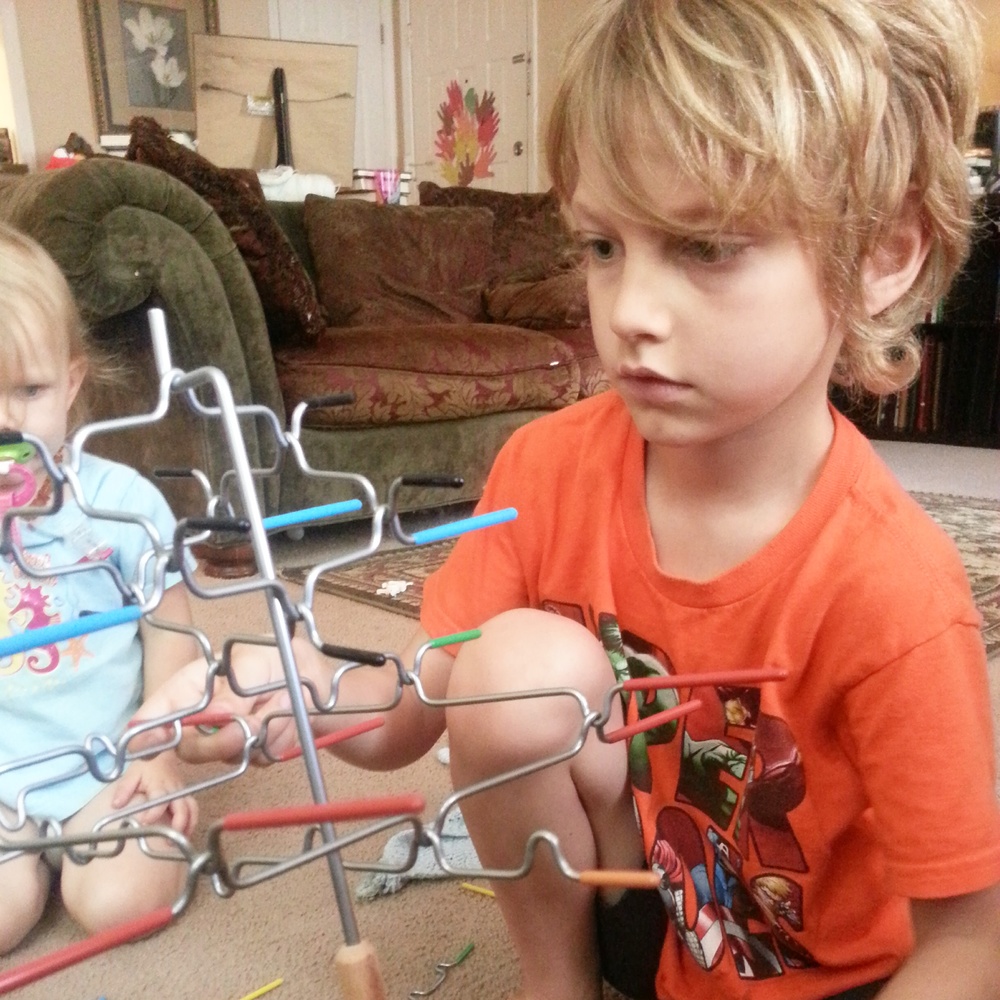 When Jade went down for a nap, Gabriel and I opened his crystal growing kit that he received for his birthday. There are 15 experiments to do! He wants to go in order and do one everyday. 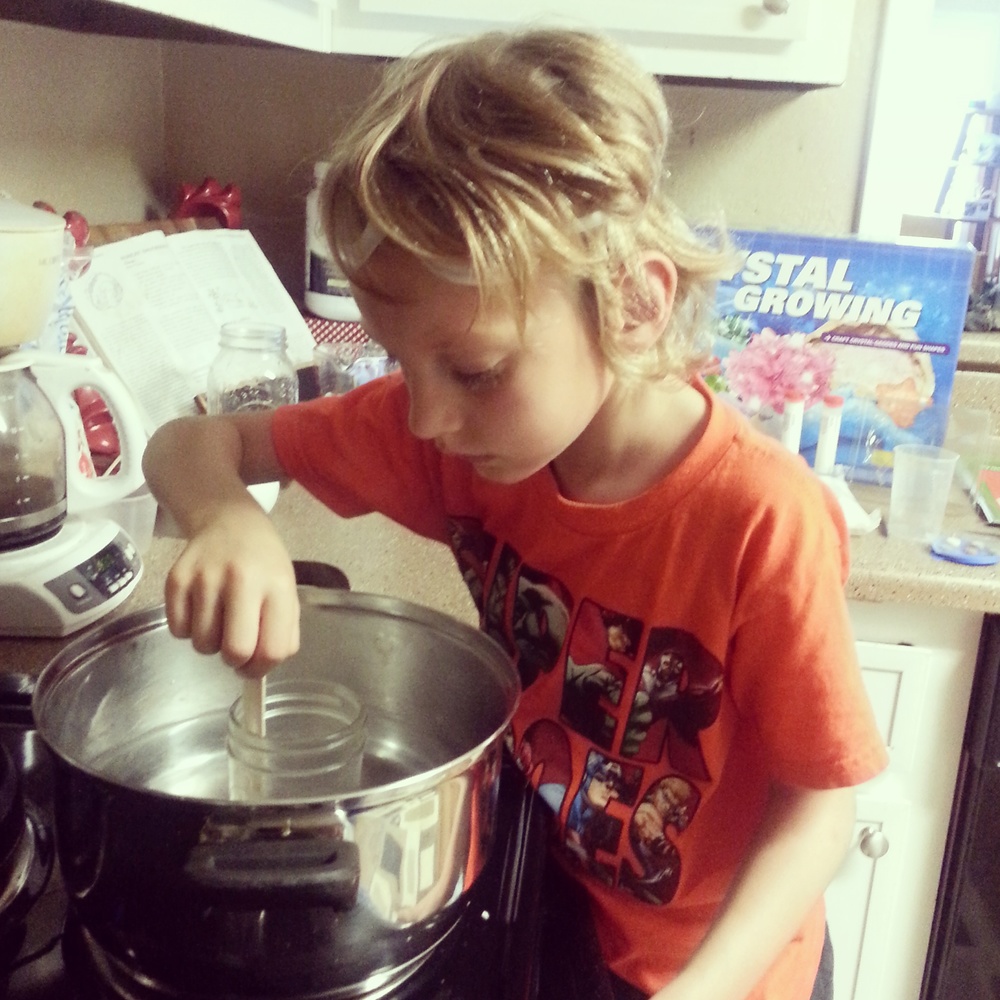 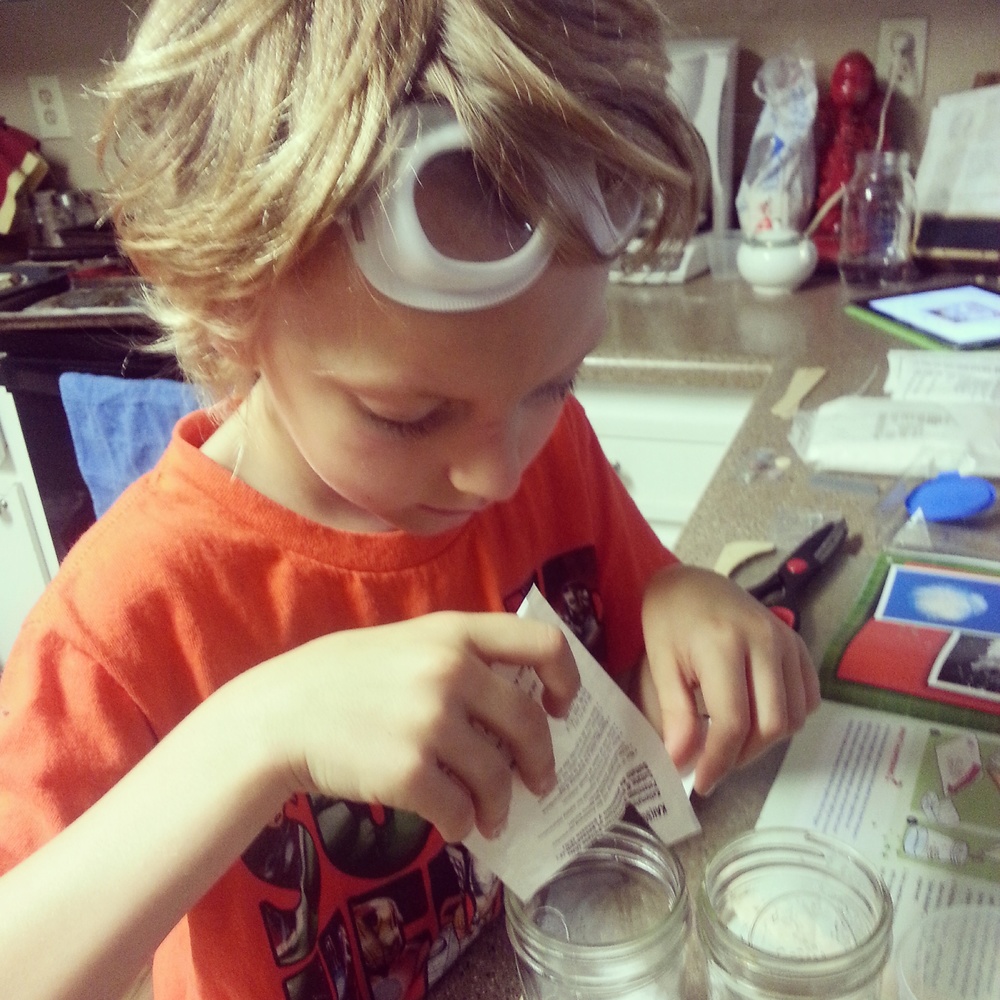 We also opened our Groovy Lab in a Box! This month is all about the principles of flight! Gabriel was super excited to practice making paper air planes, learn about the Bernoulli Principle and the Wright Brothers! He loved watching videos on flight and then experimenting like he did with the ping pong ball and the hair dryer. 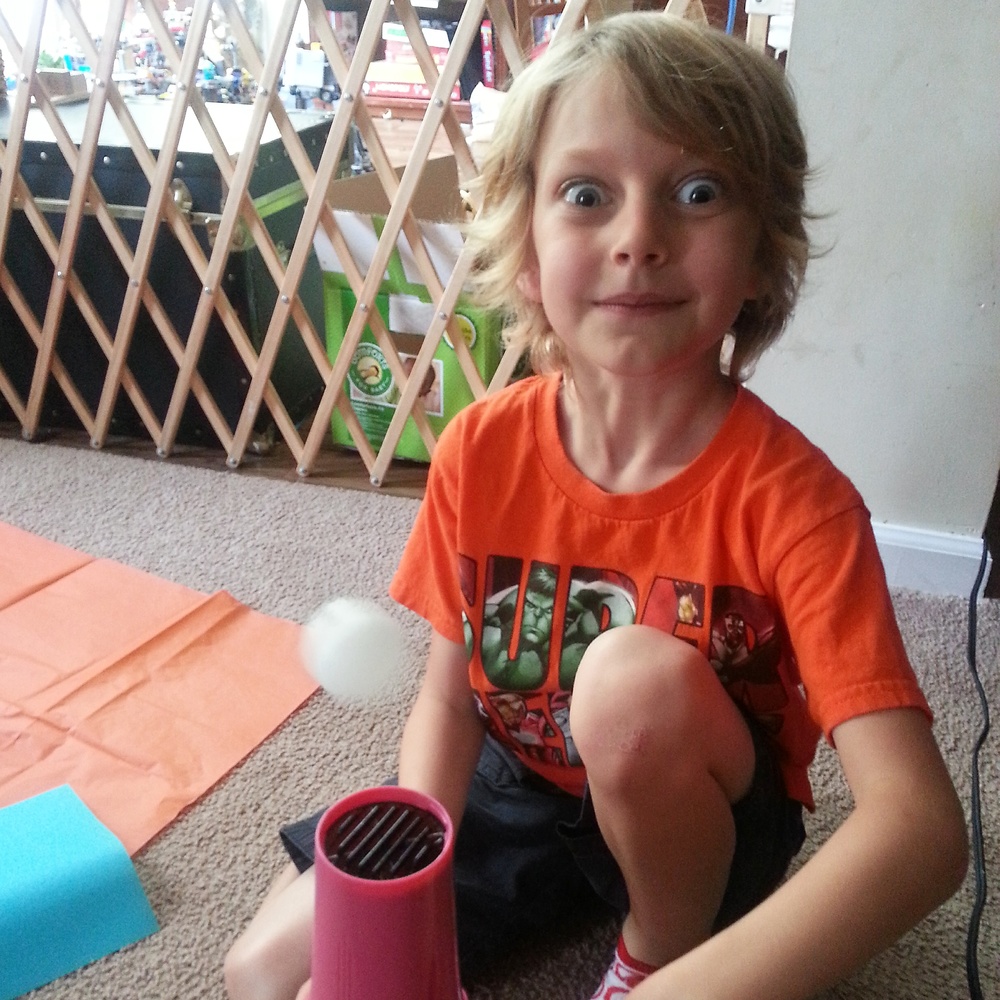 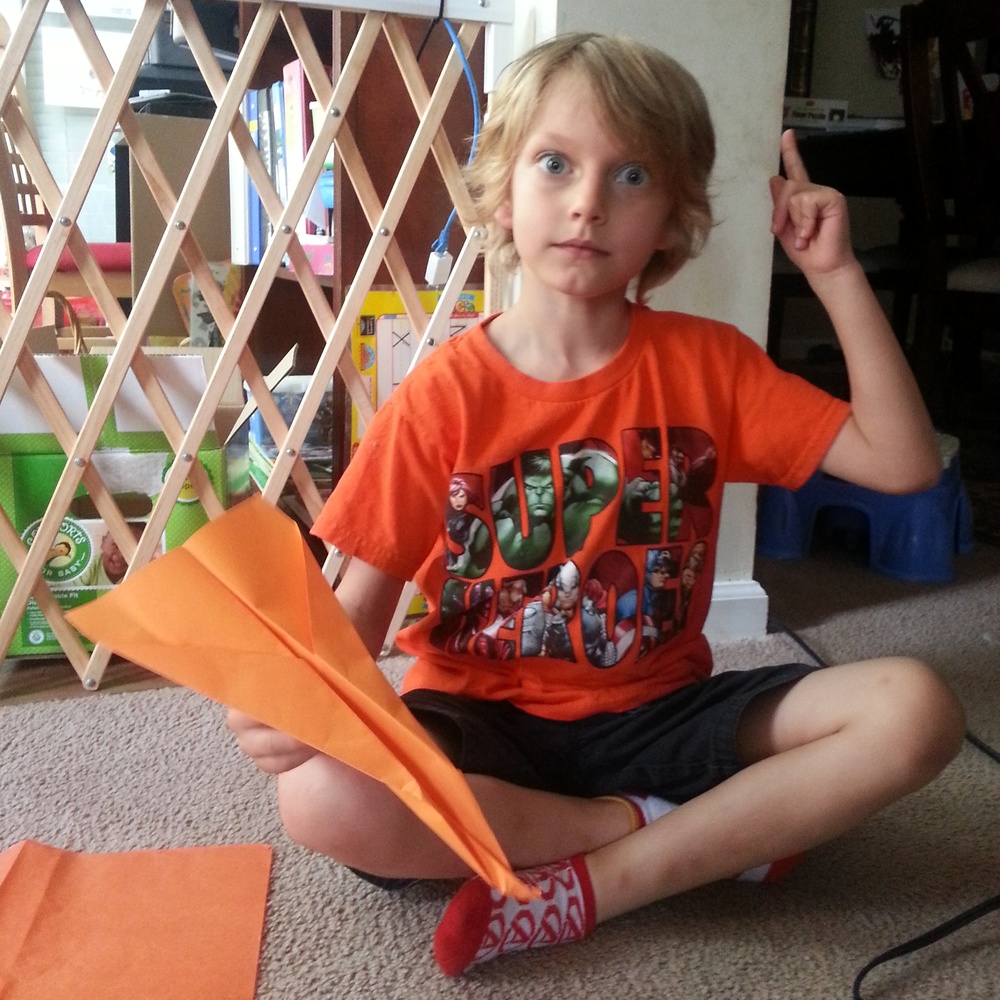 Monday afternoon was spent outside playing. Jade dressed herself! 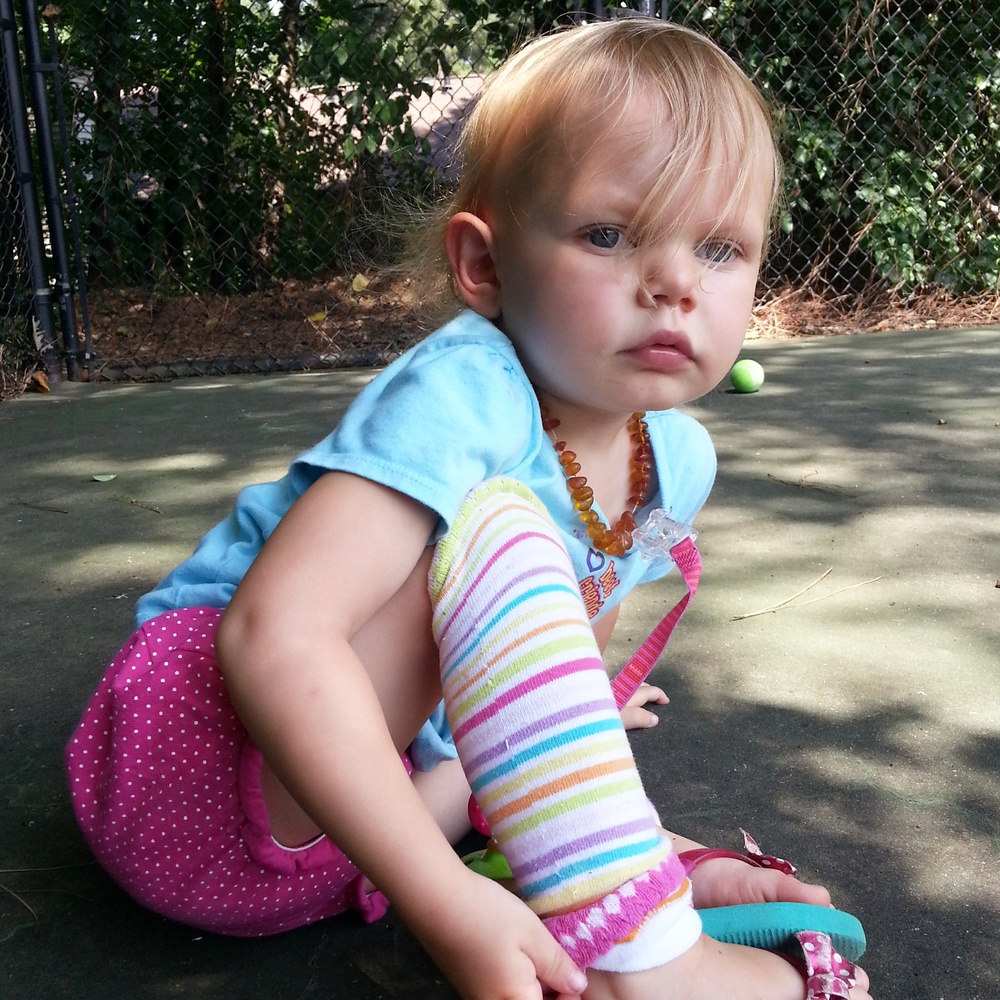 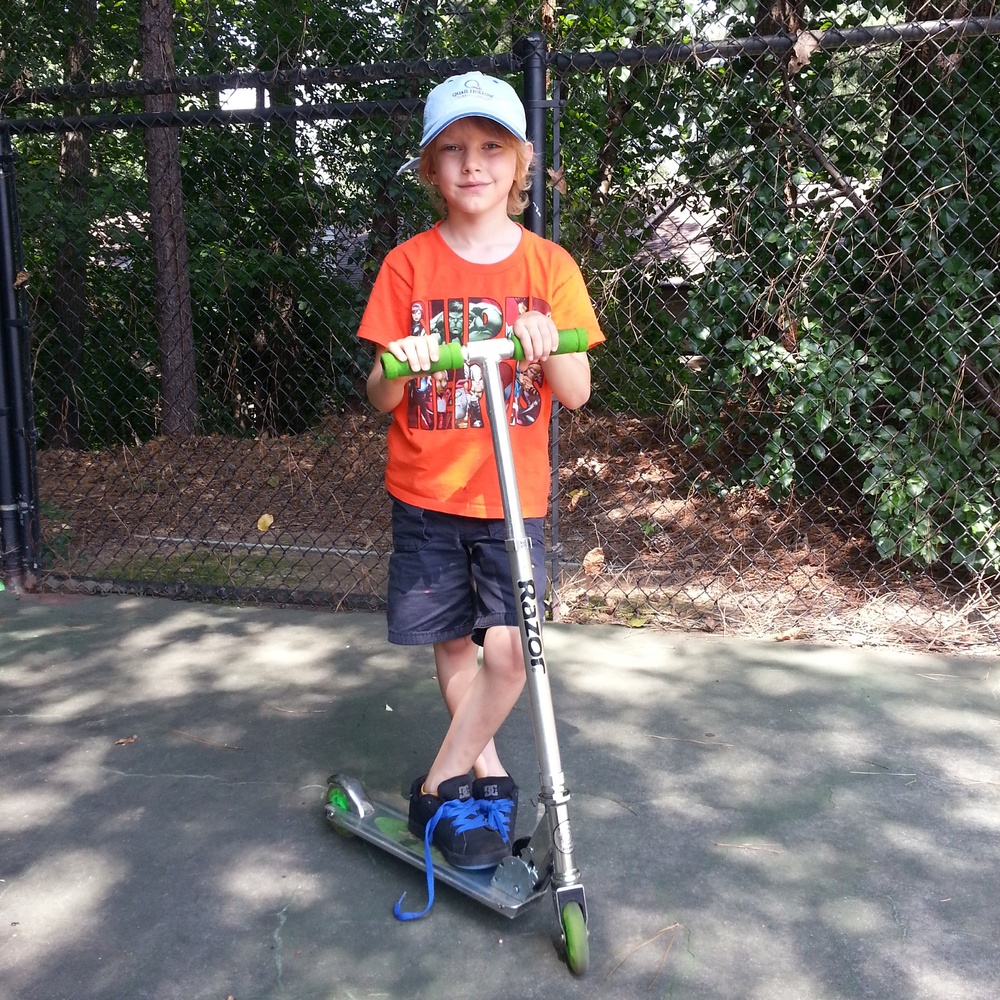 Tuesday morning was spent listening to “The Two Towers” by J.R.R Tolkien on Audible. I even let Jade practice with scissors for a few moments. Completely supervised of course! She is trying to get the hang of holding them properly. Afterwards she surprised us with Gabriels experiment glasses. She yelled, Surprise! Here my am!” 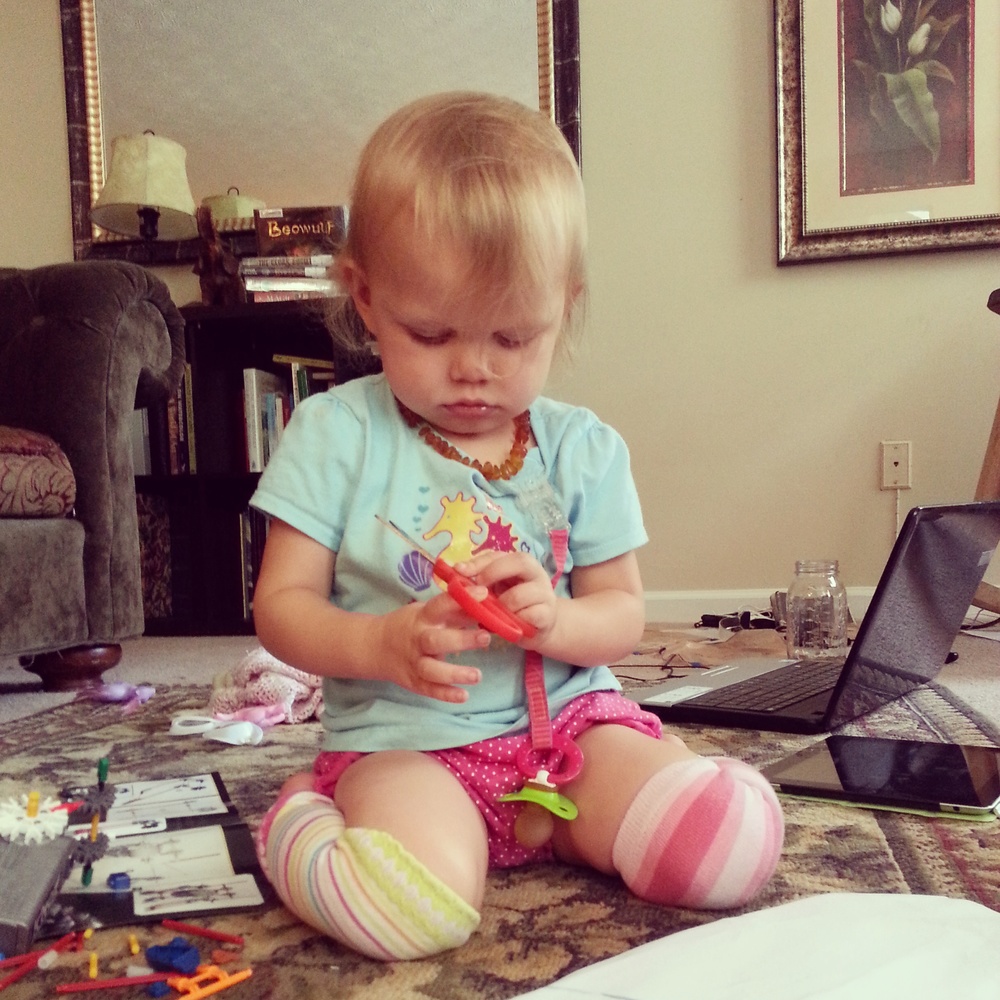 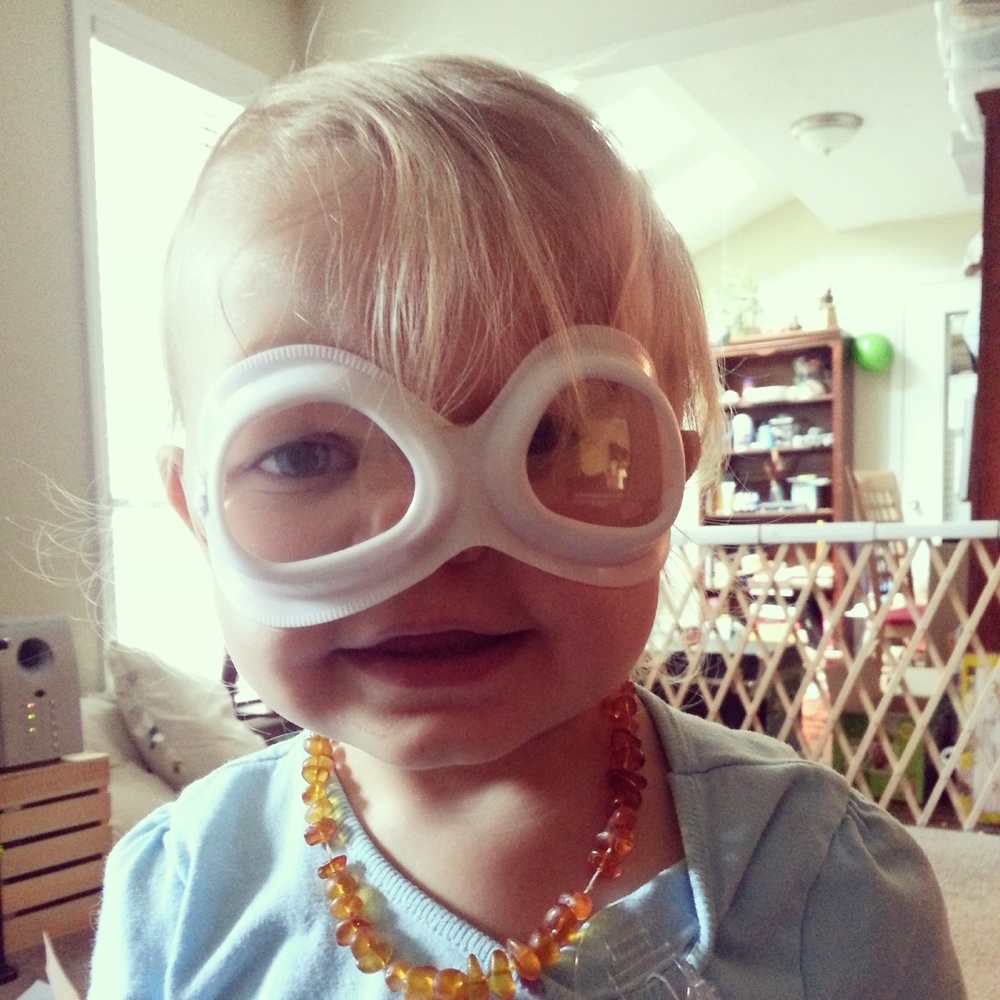 Tuesday afternoon, we had friends come over to play. Jade and one of her favorite girls had a blast painting pictures to hang in their bedrooms. 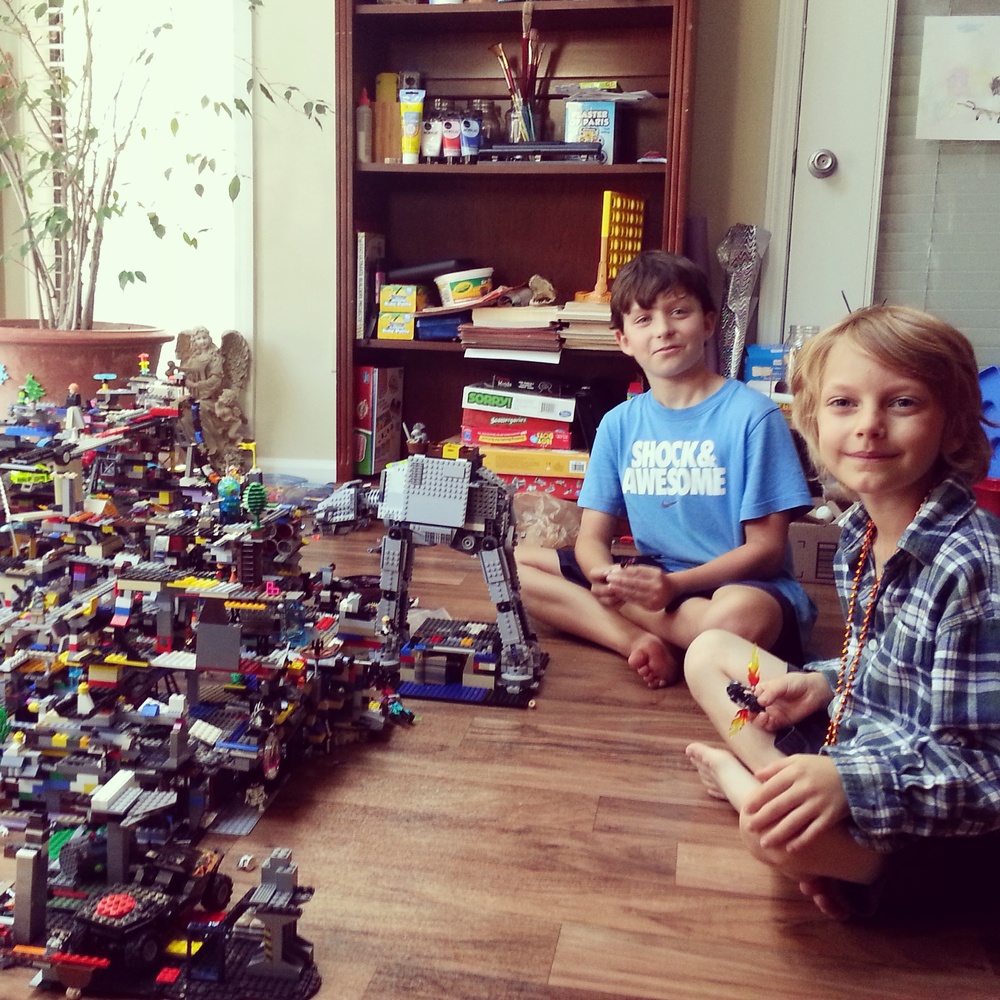 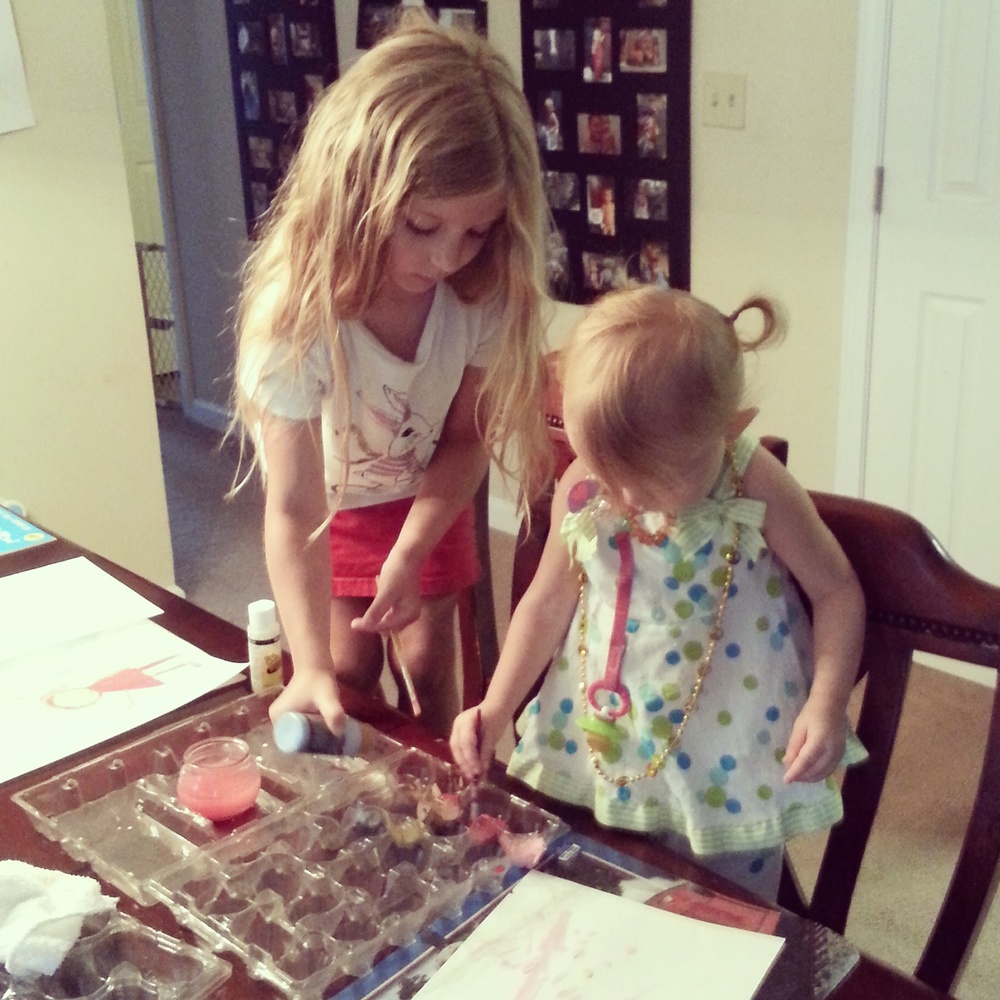 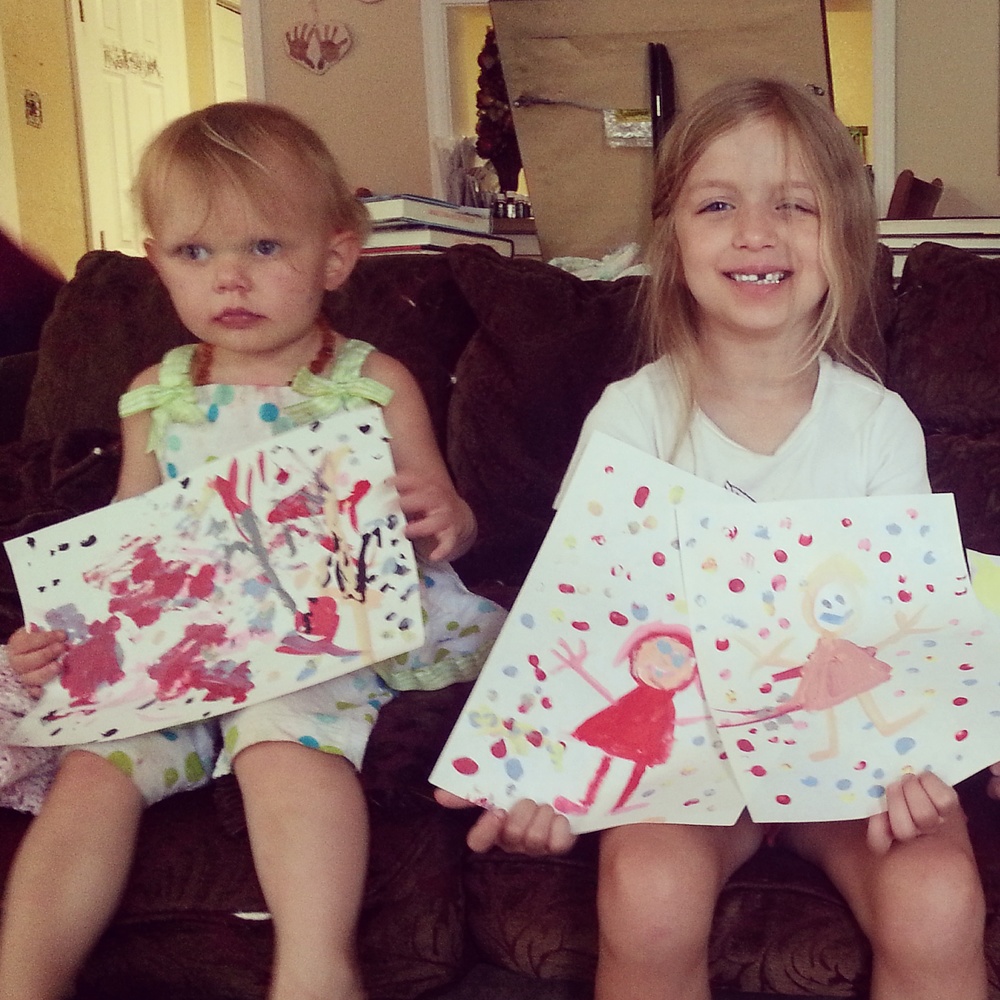 That night, Gabriel suddenly fell ill. He had been exposed to one of his allergens a few days before and had a delayed reaction. The next two days were anything but fun. He was coughing, sneezing, draining, and running a low grade fever while simultaneously Jade began cutting a molar! I was up at 2am the following day with my poor kids feeling miserable! 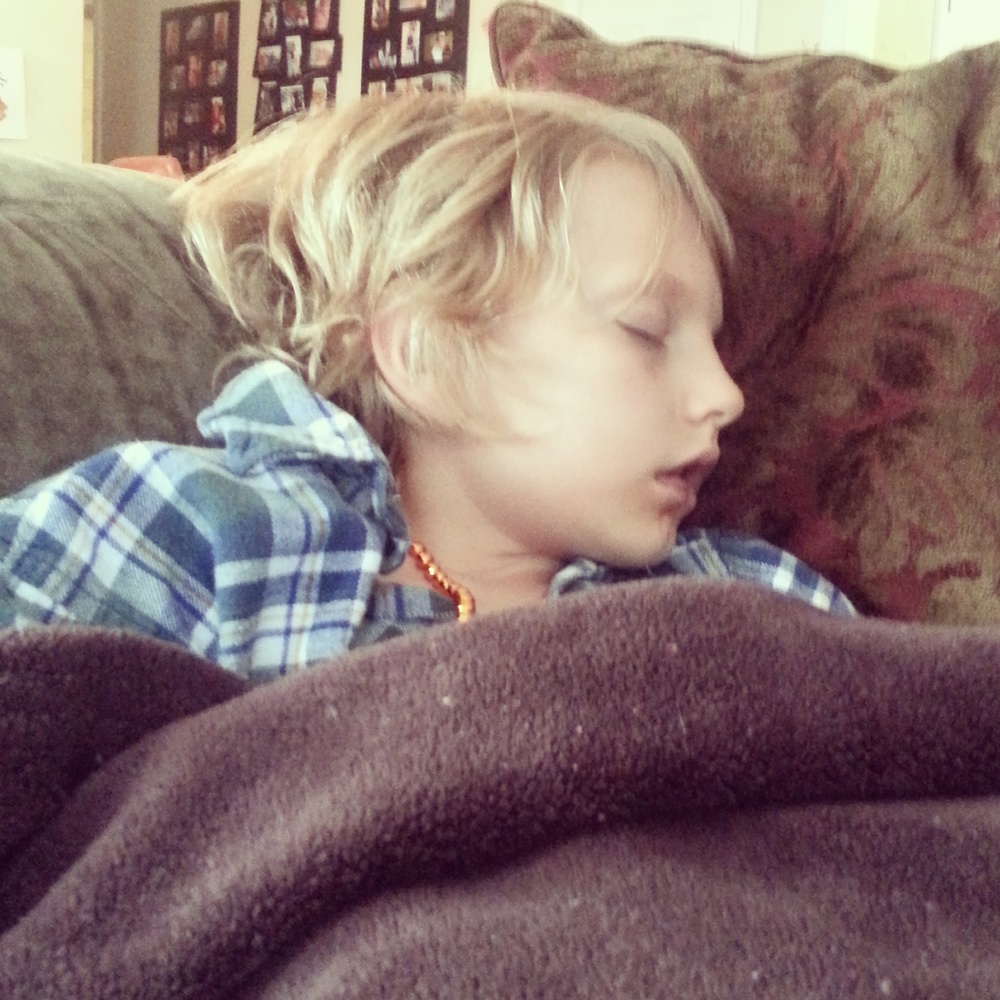 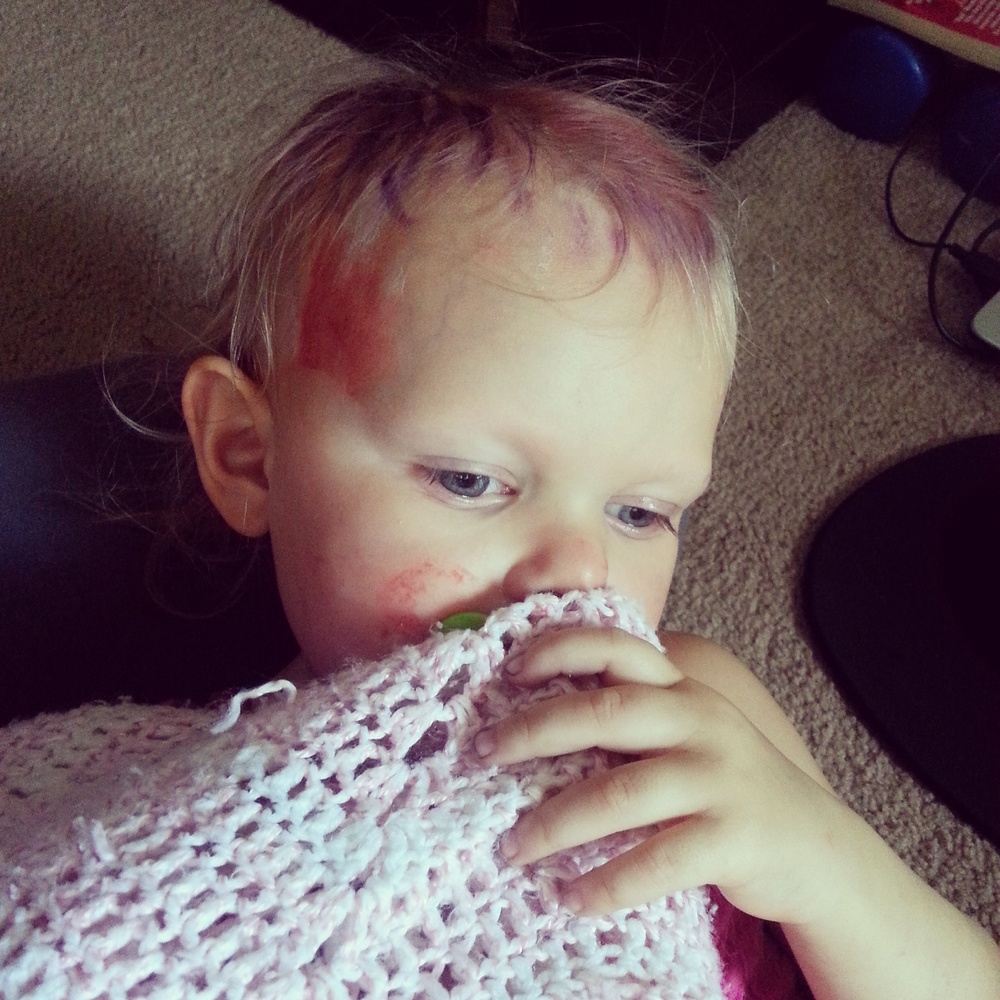 It was Friday before Gabriel was feeling better.  That morning he insisted on reading while Jade helped me tidy up. She loves feeding our pets! 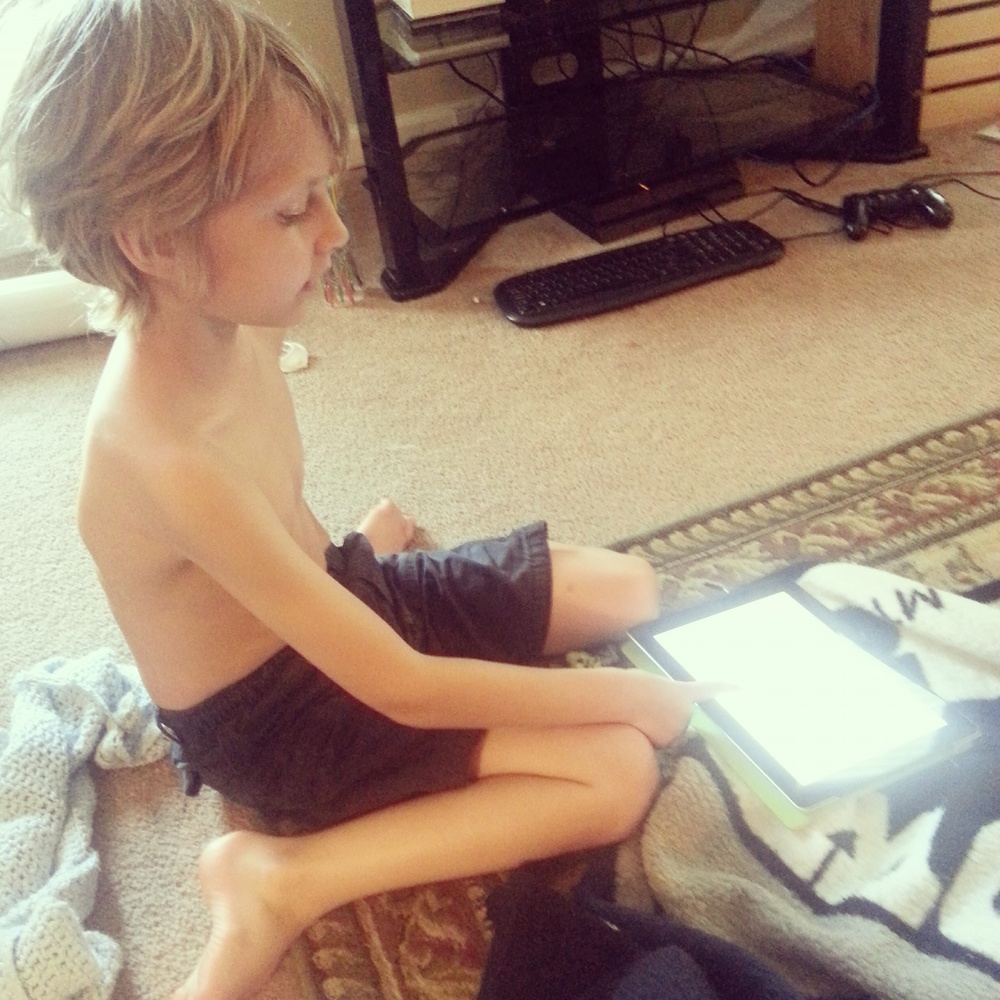 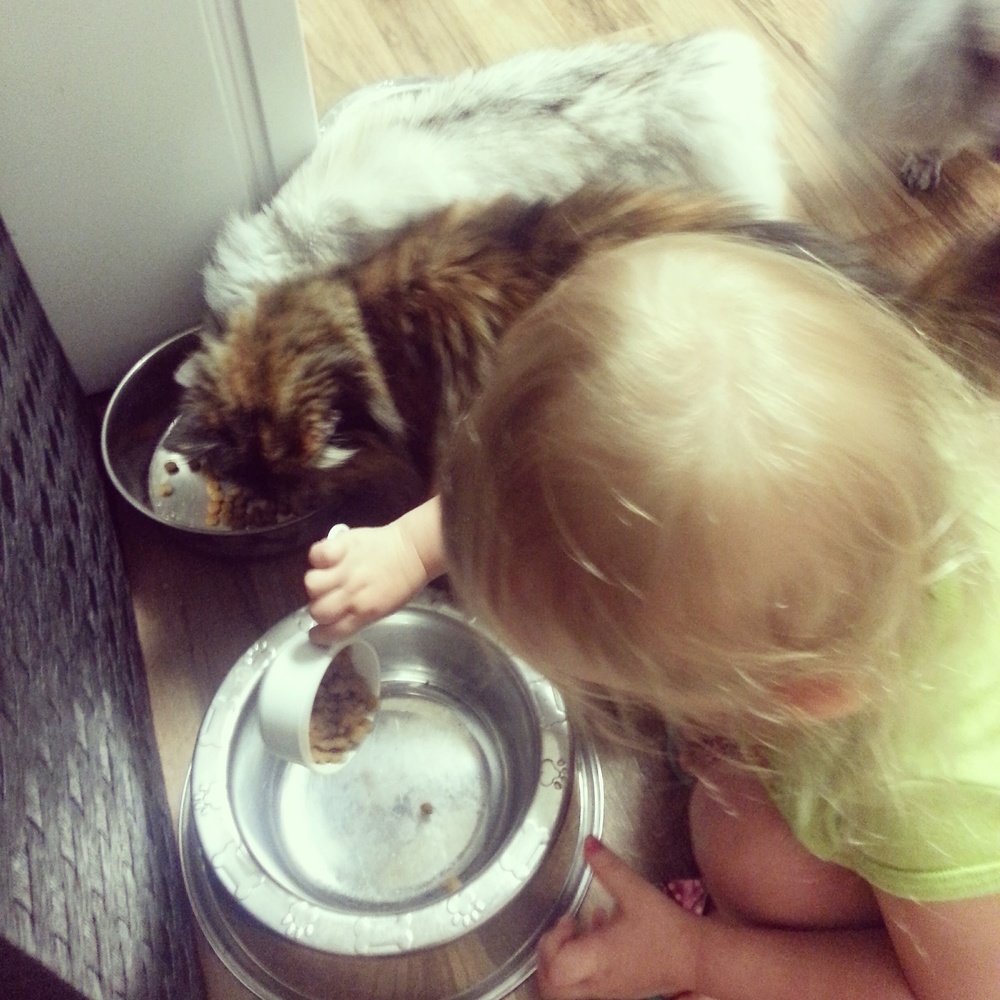 Gabriel then wanted to play his favorite math game Prodigy before spending the rest of the morning building Lego’s. 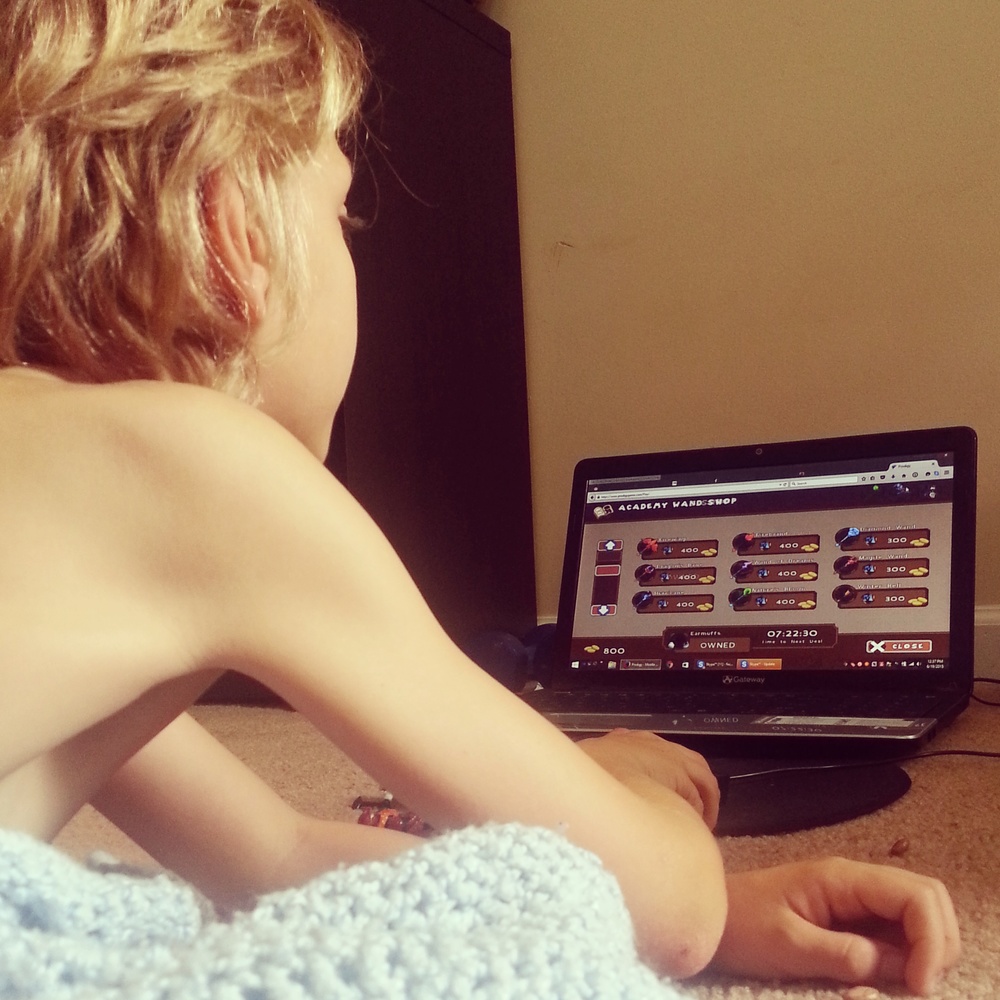 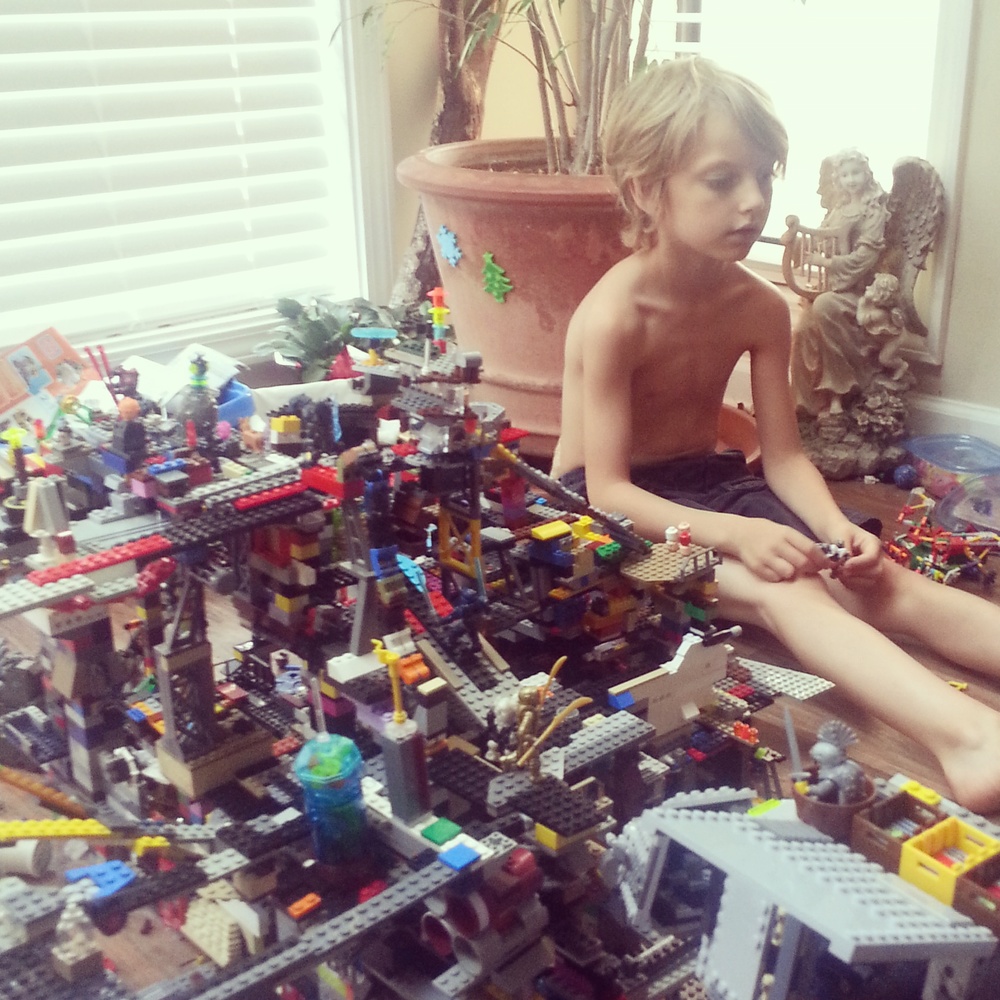 When Jade woke up from her nap, she wanted to play in her sensory bin of beans. What she actually did was dump the whole bin in the floor and began to make snow angels…I mean bean angels! Then she proceeded to bring out my pots from the kitchen. She said we were going to make soup! Which is exactly what we did. We made delicious imaginary bean soup! 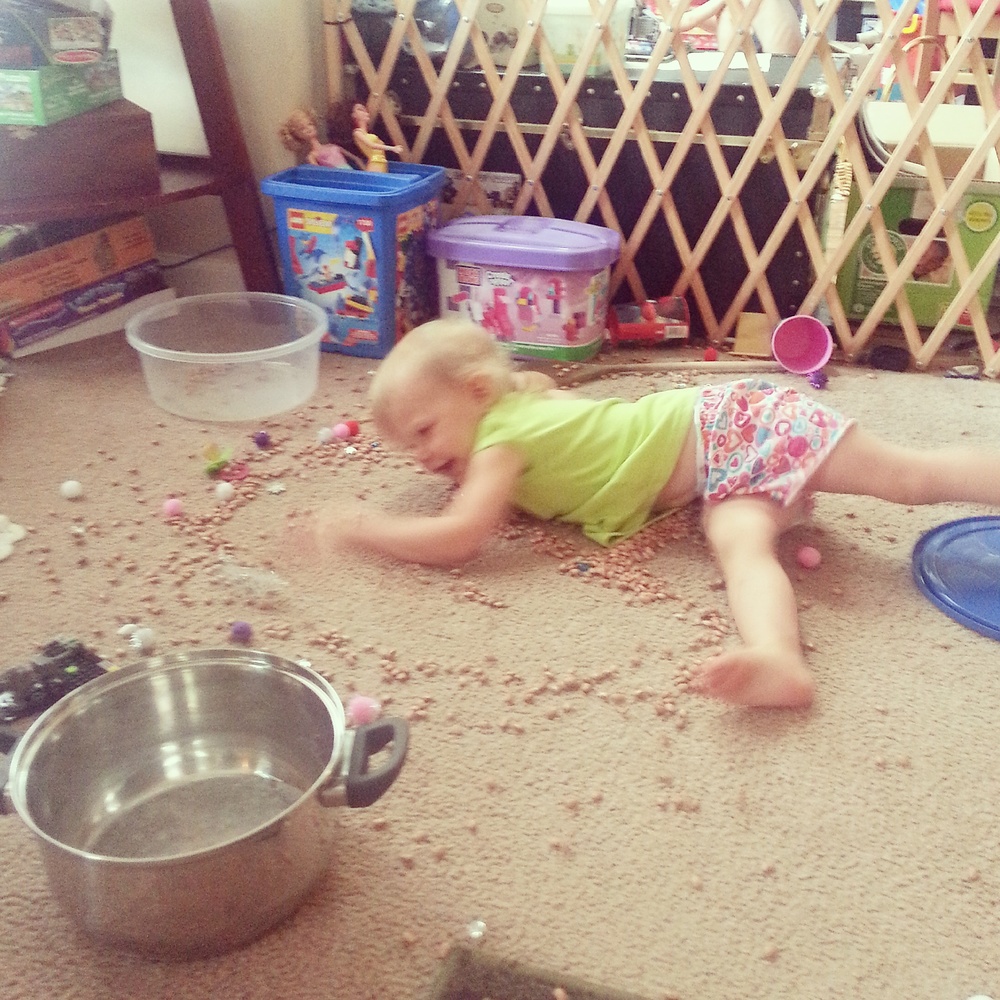 Friday night Gabriel spent his time under my dining room table building a K’nex Robot. He had to make a few Lego modification to keep the head from falling off, but he really liked it! Check out the video of it moving.

At bedtime I always read their book of choice. This time Gabriel picked up the book from the library and turned to where I had left off the night before. He begins reading it out loud to me!!! I was so excited. I love it when he reads to me! The book is called “Goblins” by Philip Reeve and it’s a really cute story, so far, about a misunderstood goblin that loves to learn and read and a cheese makers son that dreams of being a hero.

While Gabriel read to us, Jade was building castes and rescuing princesses of her own.

Saturday morning we went to the Newtown Park near our home. The kids had a blast! Jades favorite were the ponies…I enjoyed them too! Gabriel was to busy playing with a group of other kids for me to really get any pictures of him.

Saturday evening, while Papa napped, the kids and I took a little hike. Yes, Jades dress is to small, and her shoes are on the wrong feet, but that is what she very adamantly said she needed to wear! The sounds of the birds and insects were very relaxing and we discovered several praying mantis egg sacks. A stray dog crossed our path and Jade was certain it was a coyote…maybe if coyotes were mixed with poodle and terrier, HA! And so our week ended with hikes in nature! A perfect way to end if you ask me.