While on our holiday in Tennessee my two sisters and I made a trip to Gatlinburg. We were going to Ripley’s Aquarium of the Smokies with the children. I wasn’t sure if our daughter, Jade, was old enough to really enjoy it. When we got there she excitedly showed us the fossil marks in the walkway, I knew she was going to have fun.

Fair warning….I took loads of pictures, but aquariums are poorly lit unless you are in a tank with the fish. This makes capturing great shots difficult. 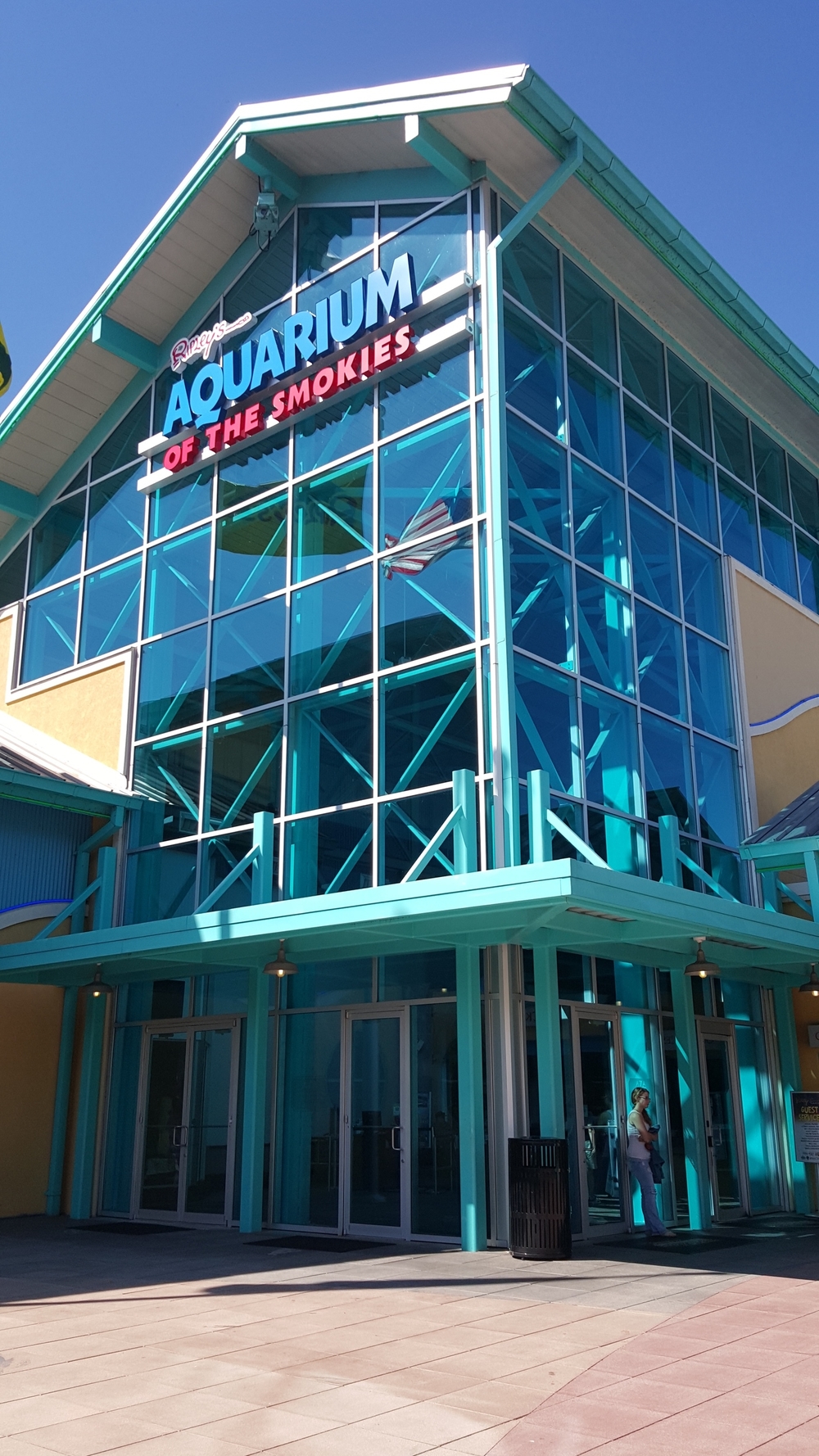 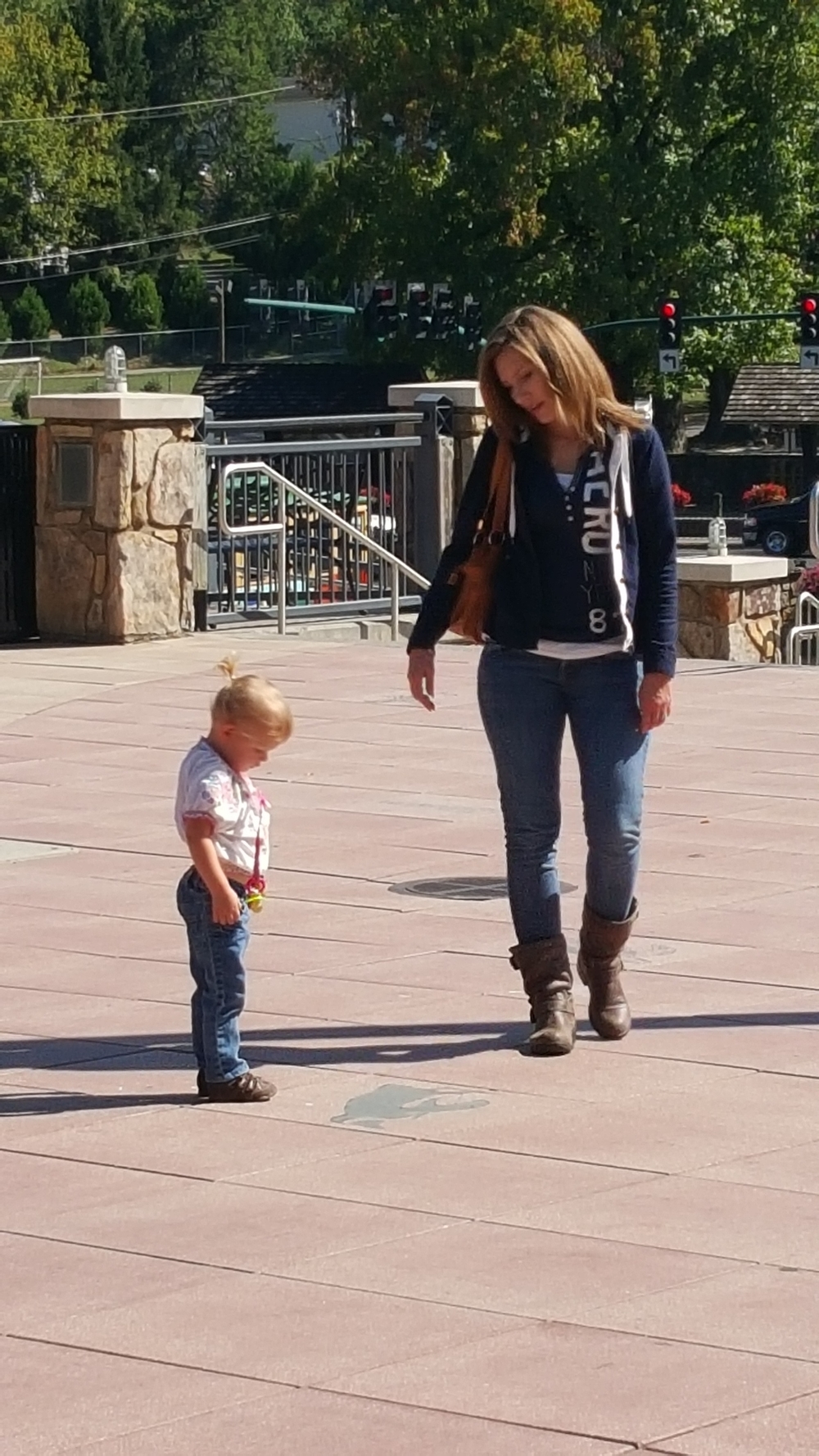 At the ticket counter the kids received Ripley’s Aquarium crowns. Jades crown came off in a matter of minutes, but our son, Gabriel, wore his with pride for the entire time we were in Gatlinburg….except for when it fell off and I had to fix it. 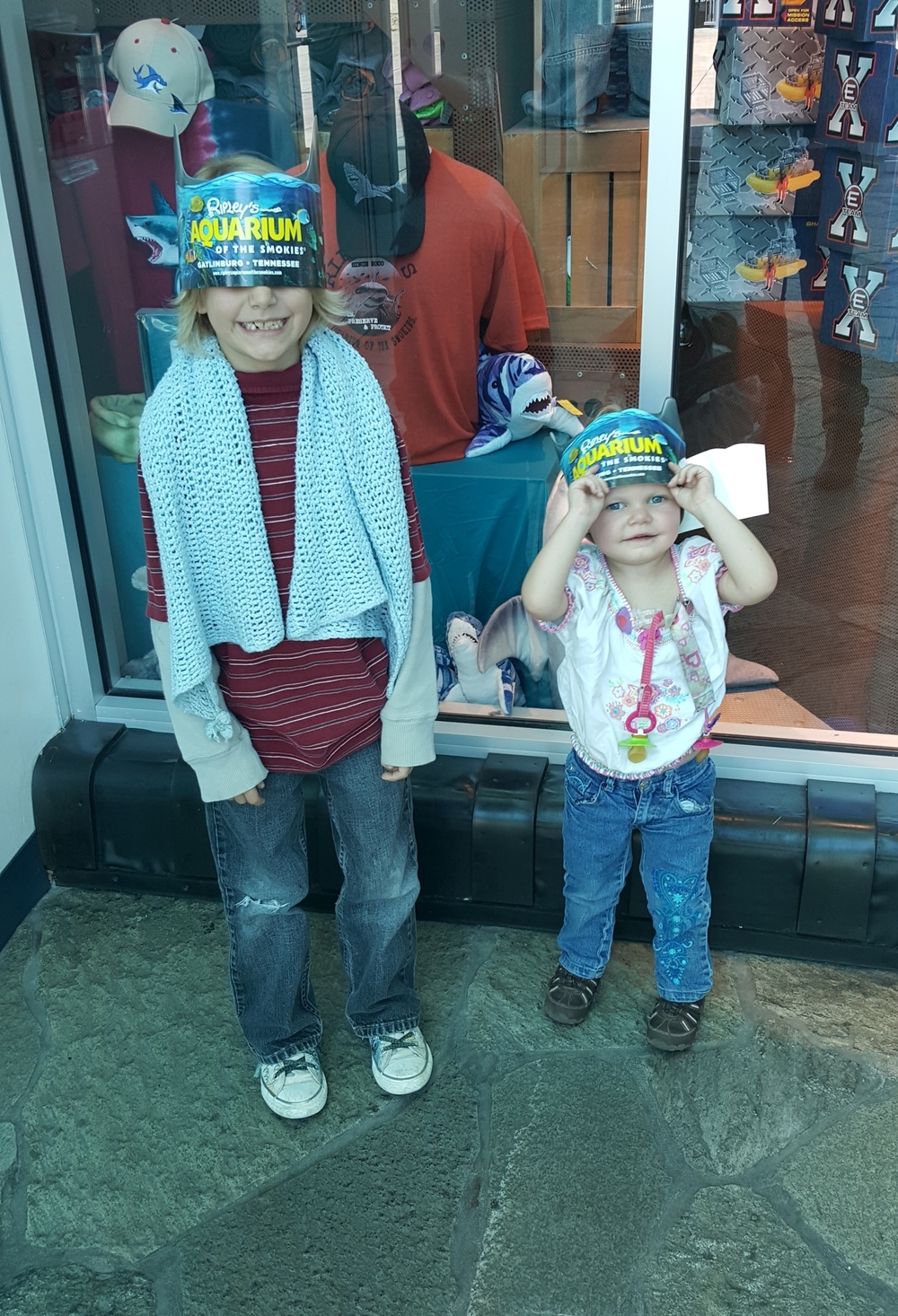 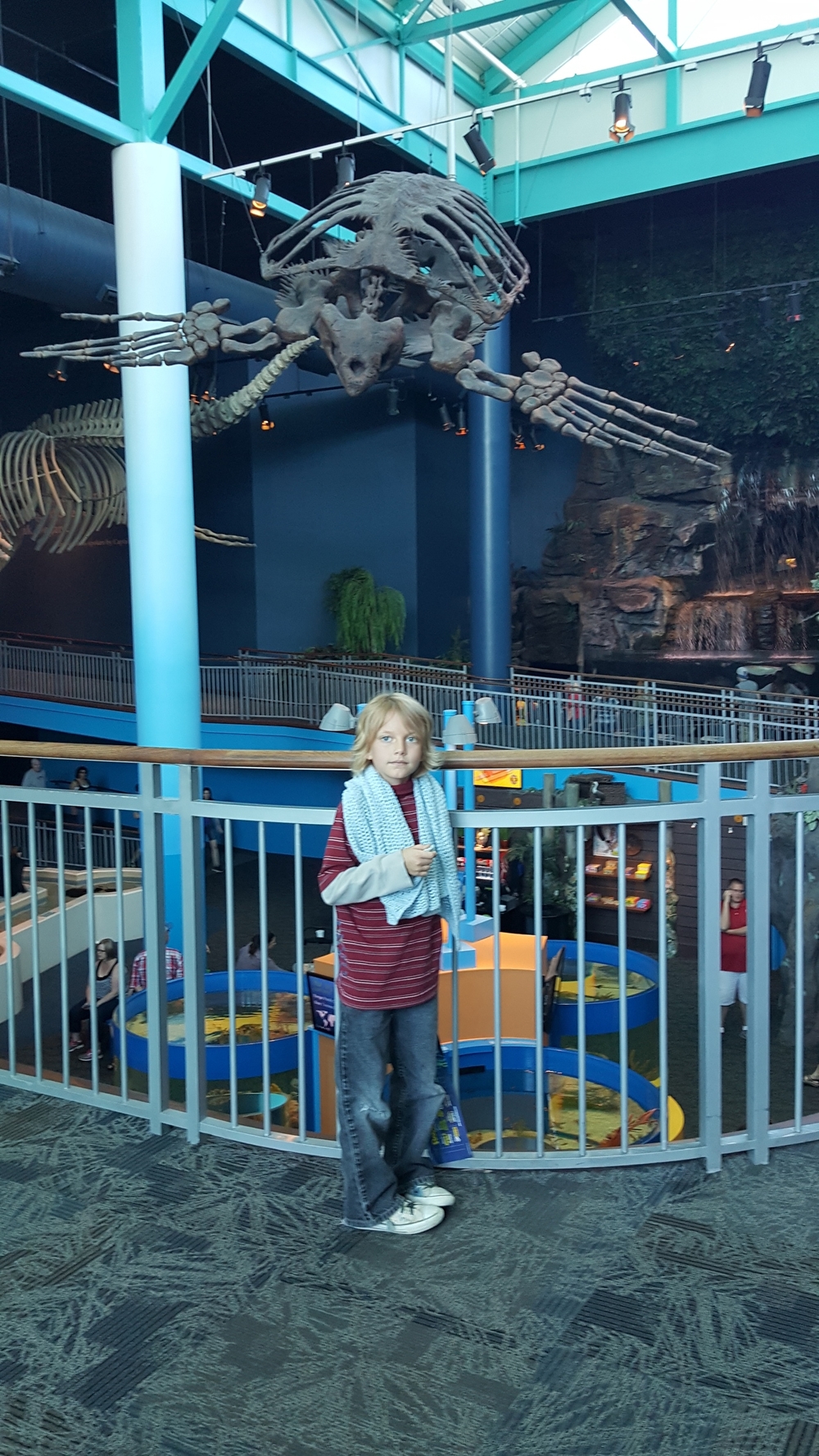 The piranhas were a big hit. Gabriel pondered how quickly they could strip the flesh off of your bones… Apparently it would only take 5 minutes for 300 – 500 piranhas to do just that with a 180 pound human. Thank you google. 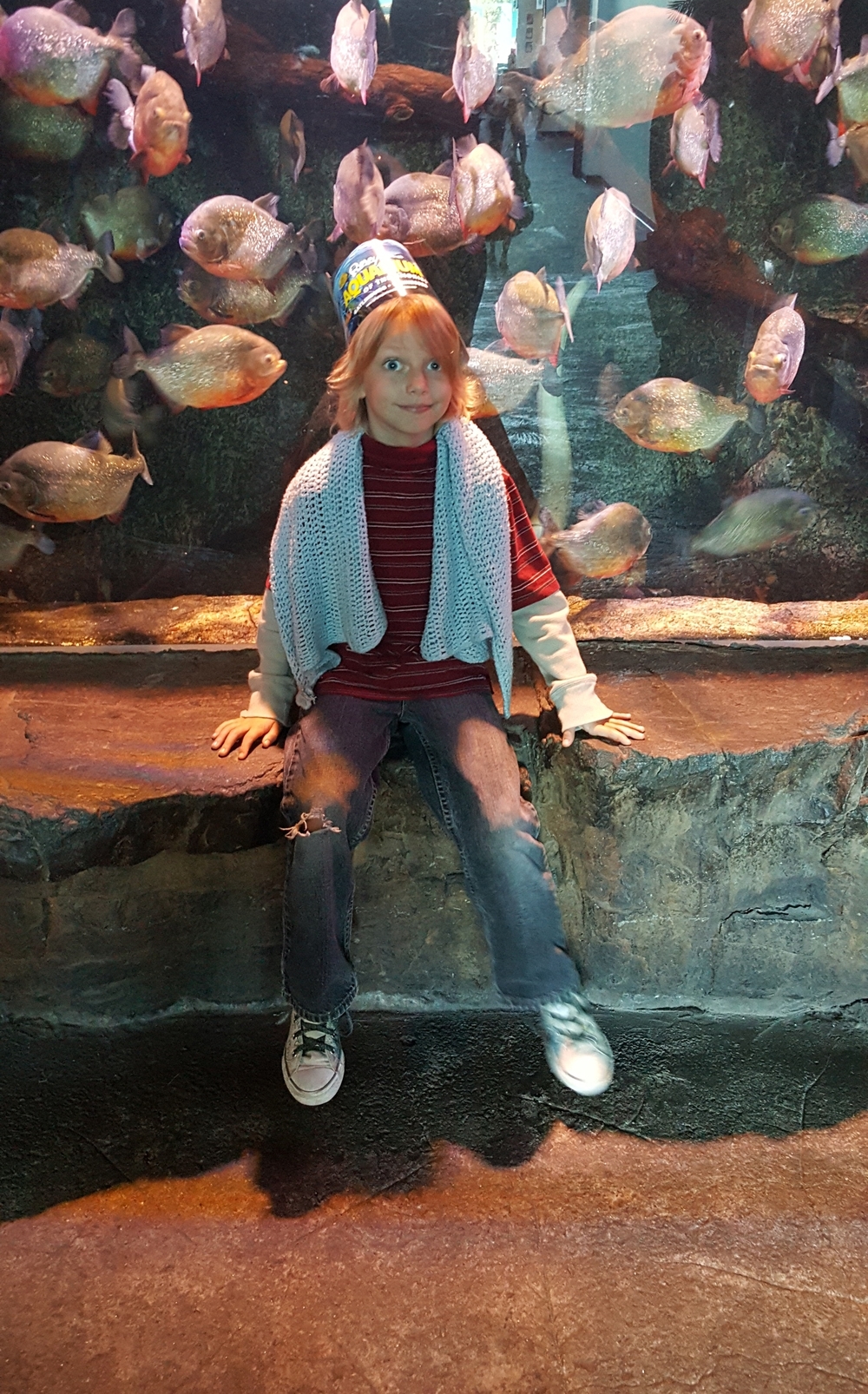 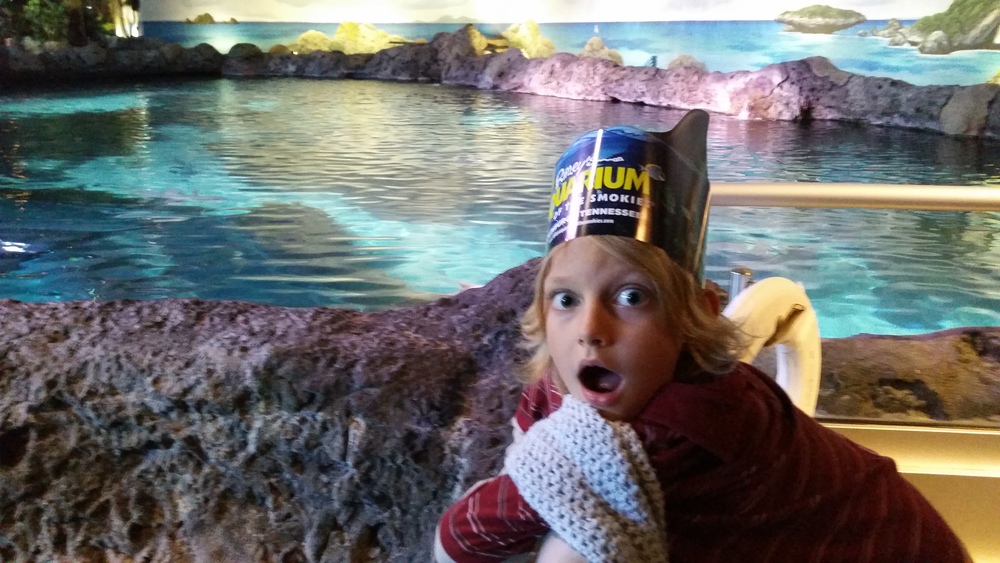 The Shark Bay was really neat. We could look out over the bay and see the large sharks swimming all around. The kids had loads of fun with the interactive area. The was a flounder that shook every time Jade stood on it. 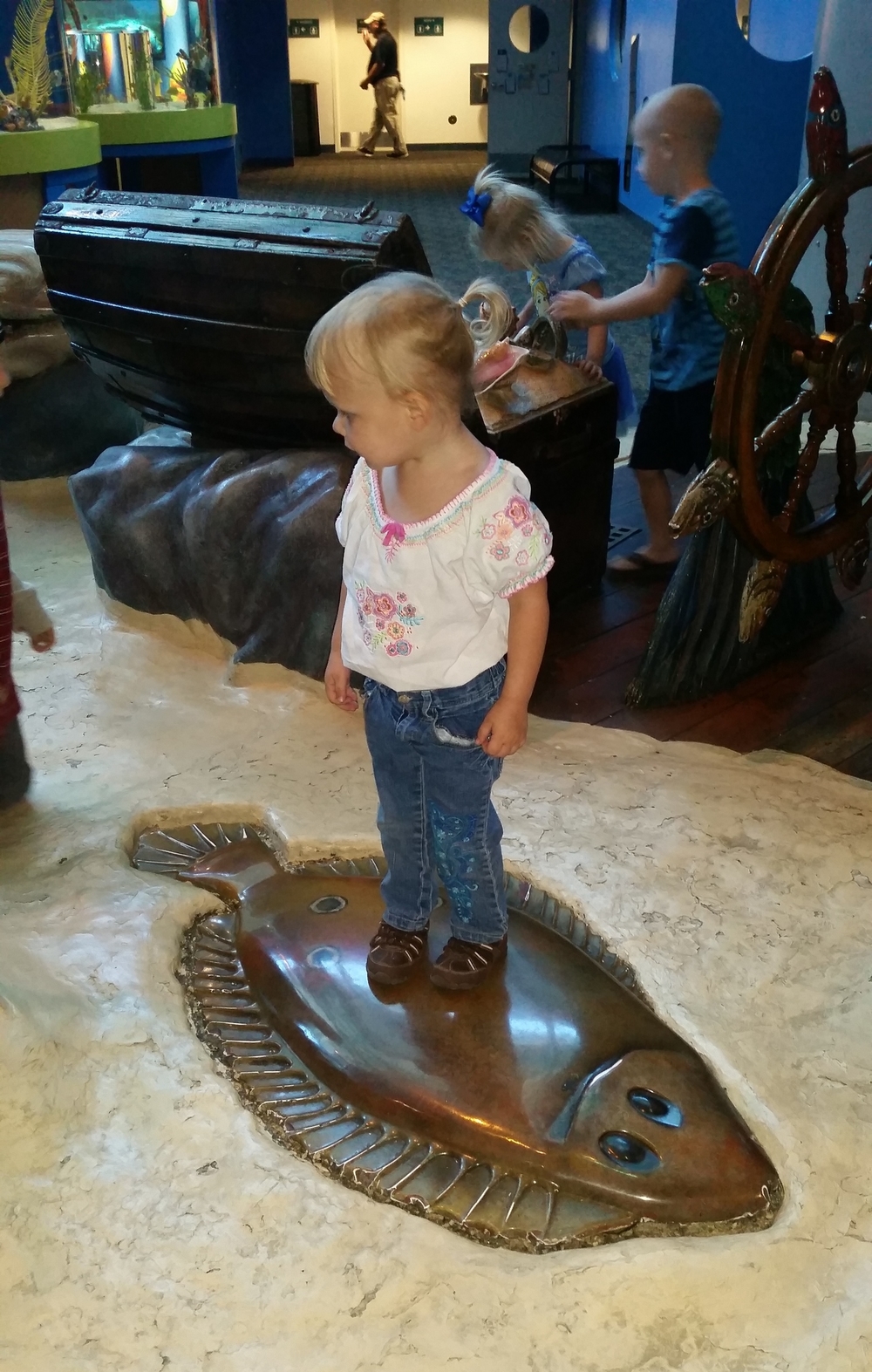 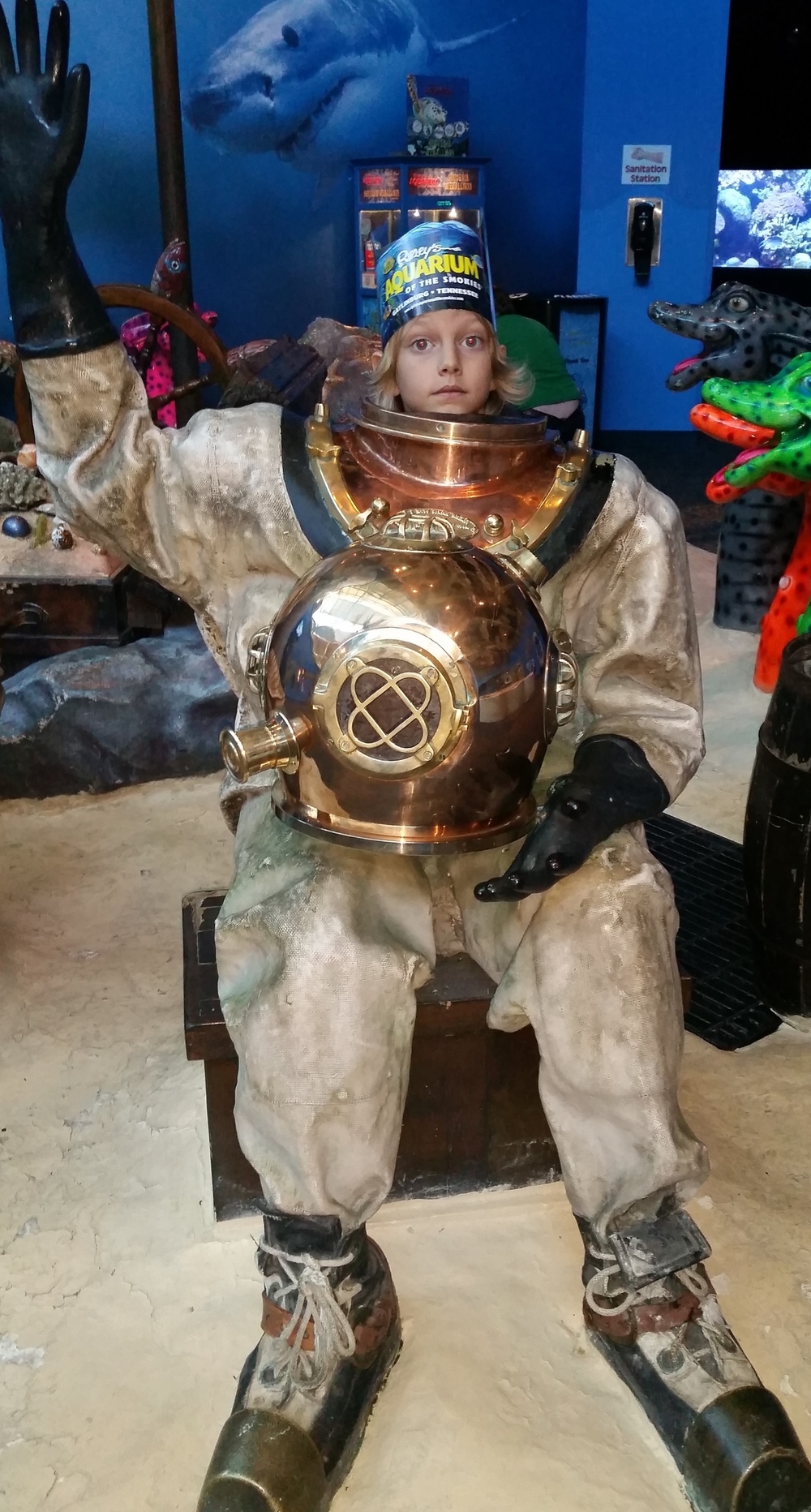 The whale skeleton hanging from the ceiling helped the children understand just how big these mammals were. Being able to touch the Horseshoe Crabs was an awesome experience for Gabriel! 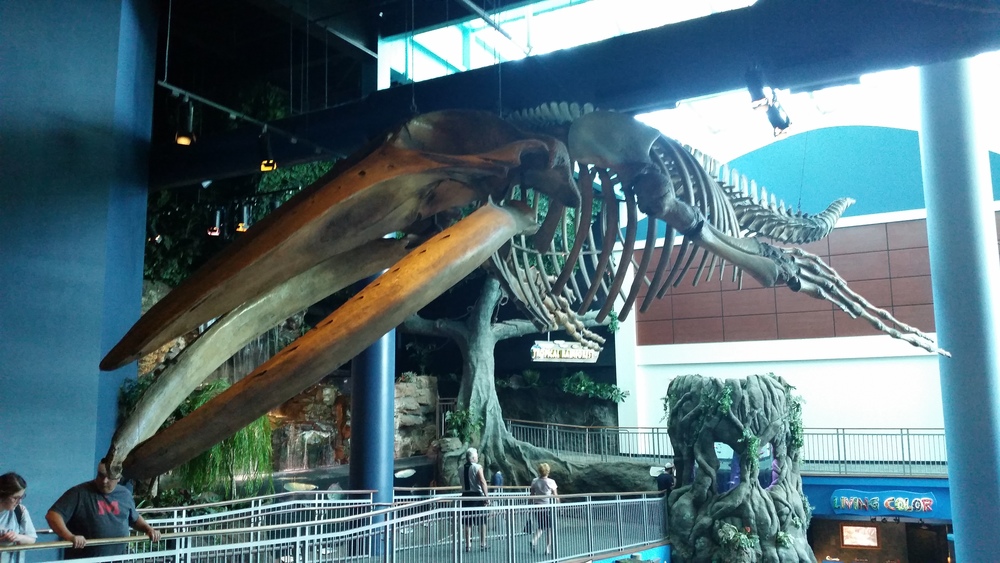 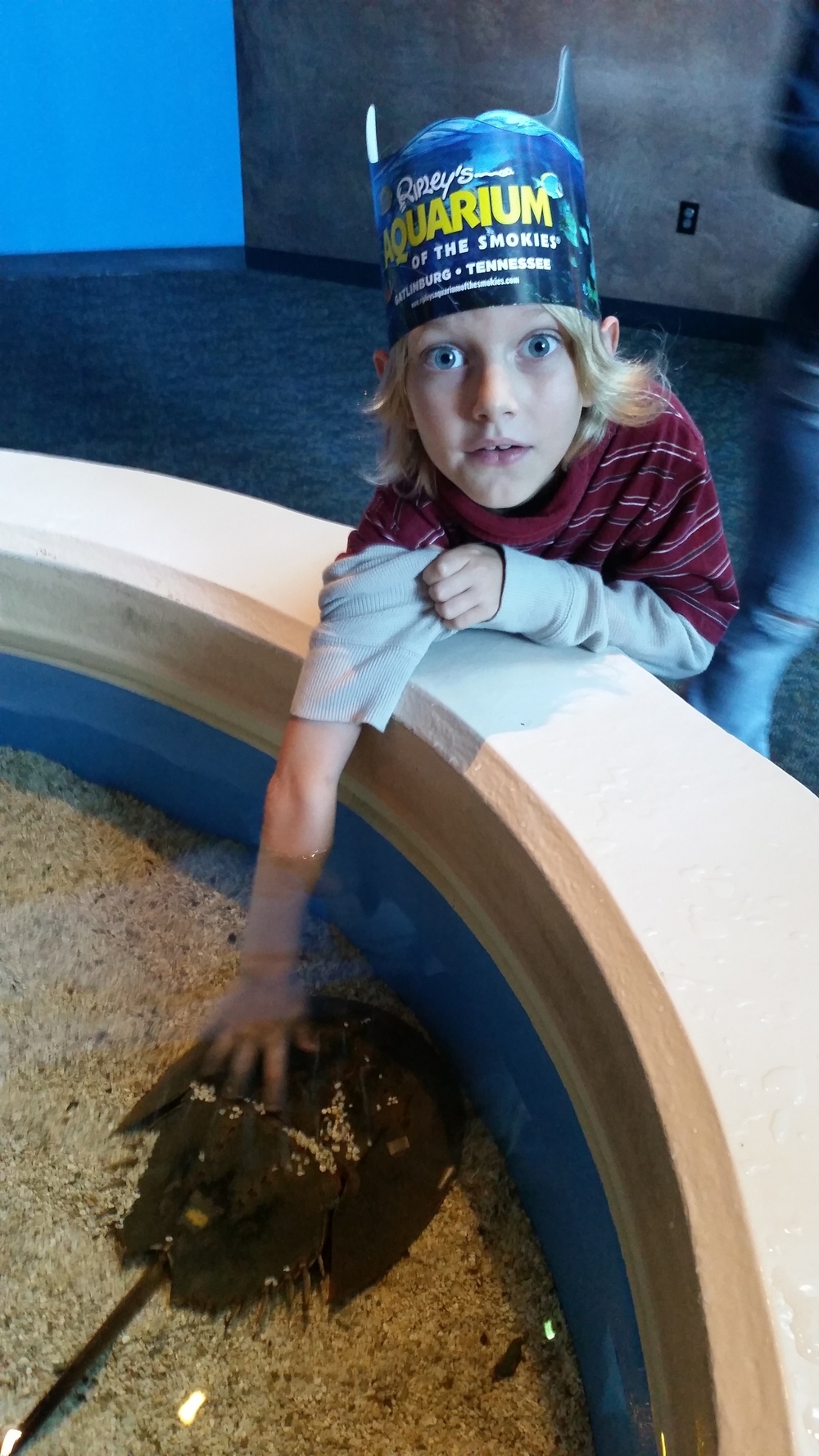 The little Cleaner Fish were probably Gabriel’s favorite. They just loved him and wouldn’t go to anyone else when his hand was in the water. 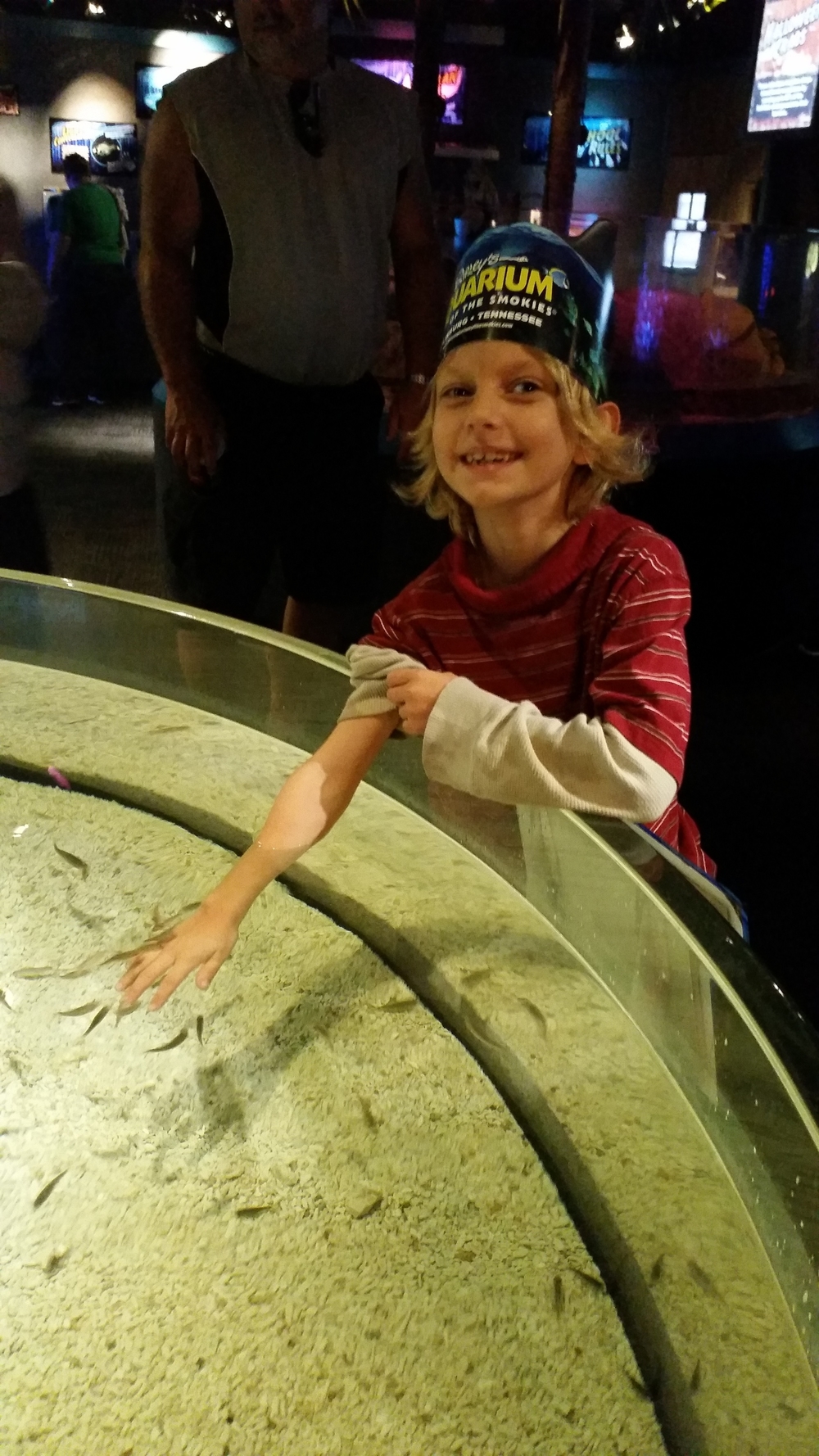 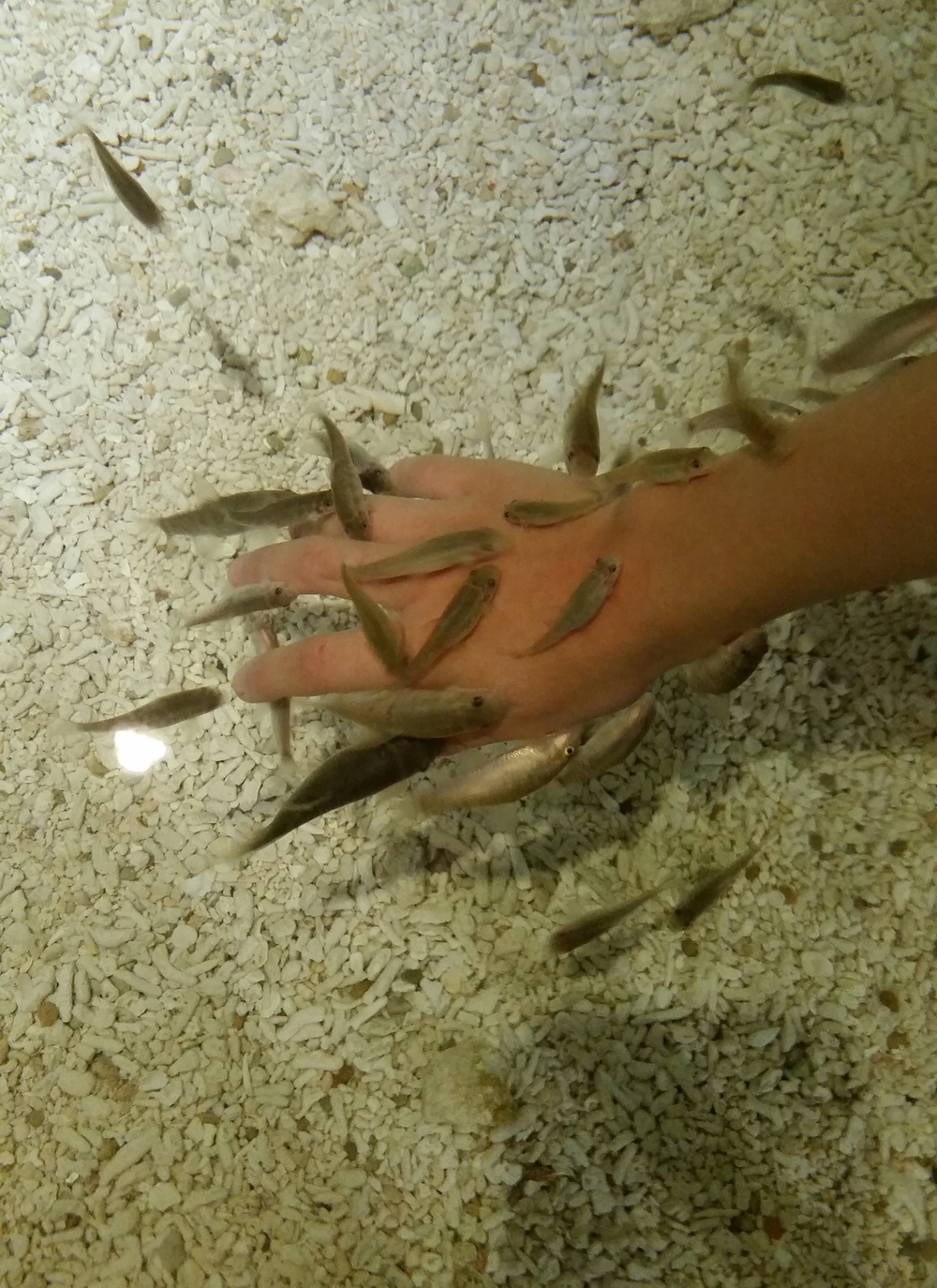 The adults favorite exhibit were the Shark Tunnels. We were underneath the Shark Bay and looking up at the sharks swimming over us. There were other fish in the tanks with the sharks like Saw Fish and Sting Rays. It was a lovely ecosystem. We even found Nemo! I personally thought it was EPIC! 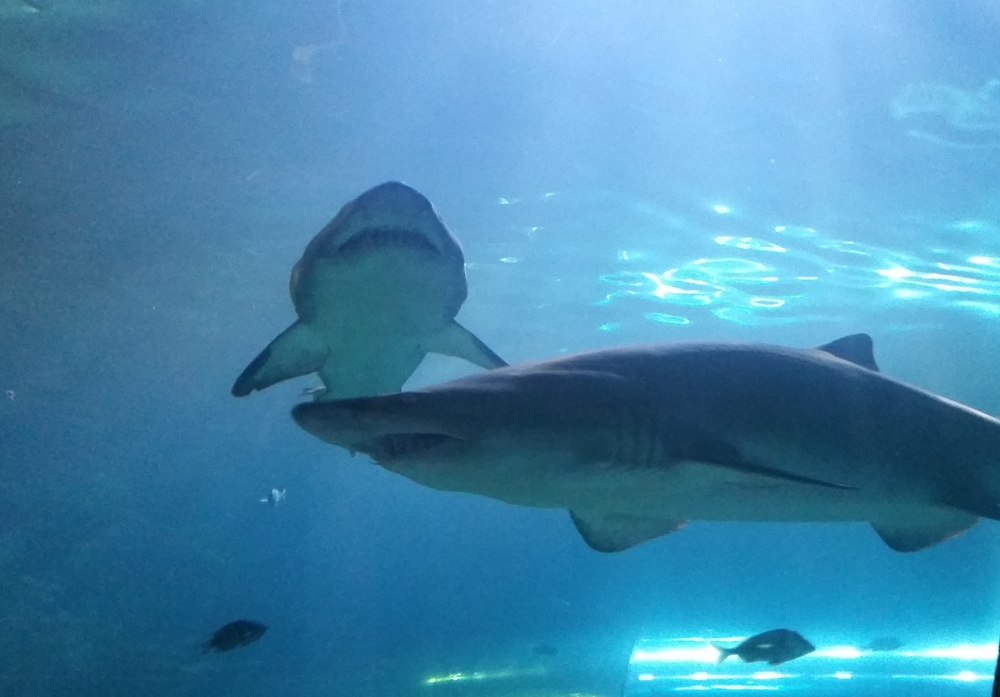 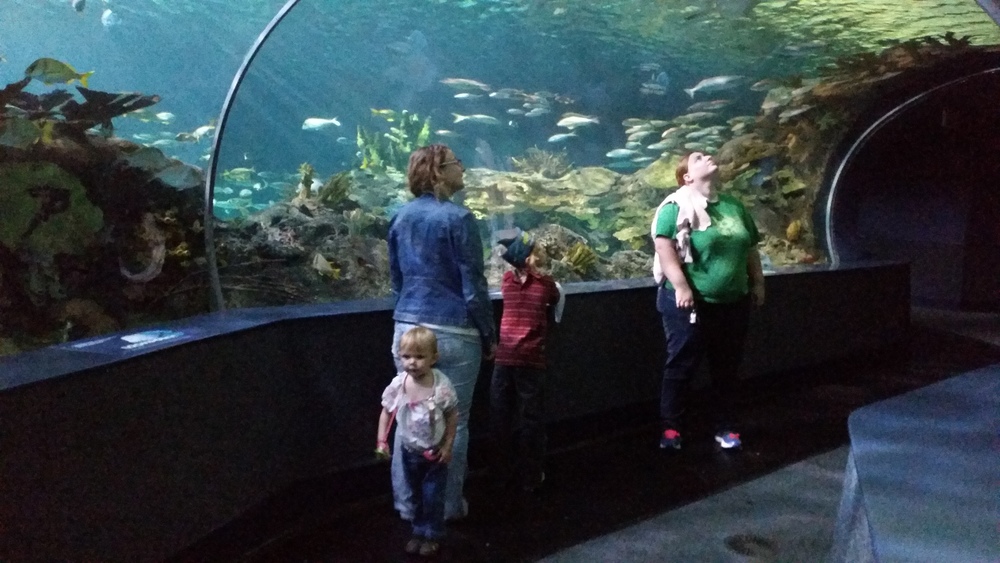 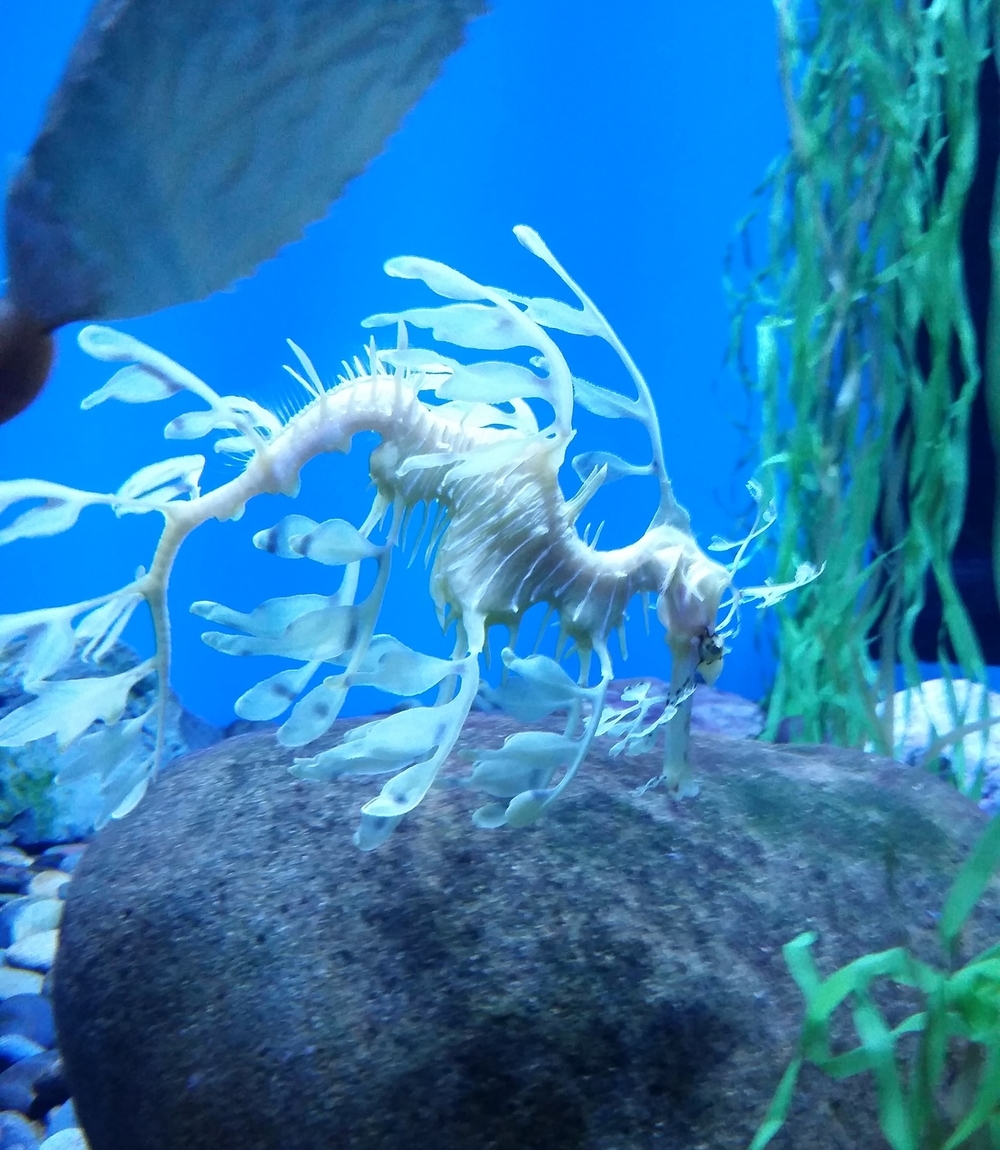 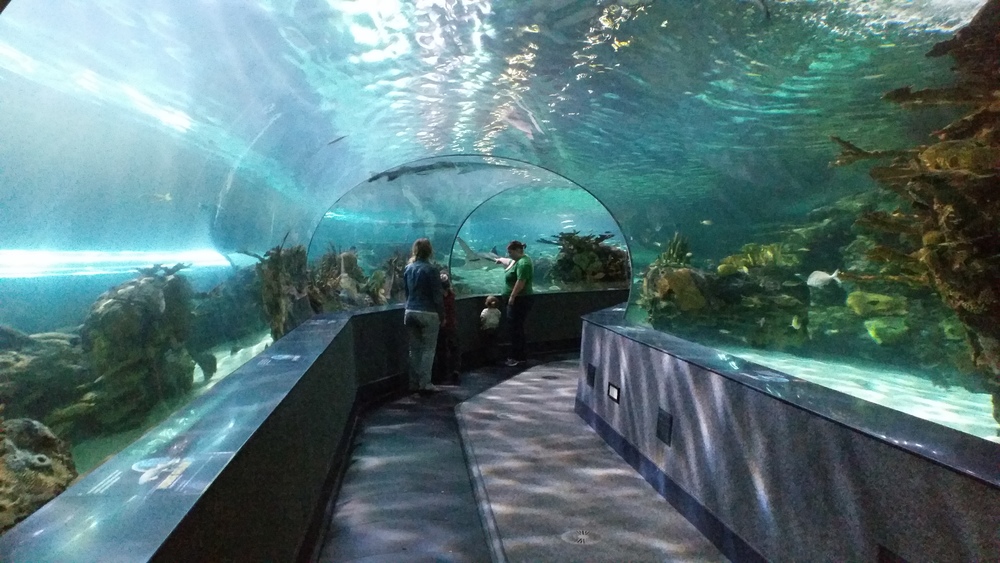 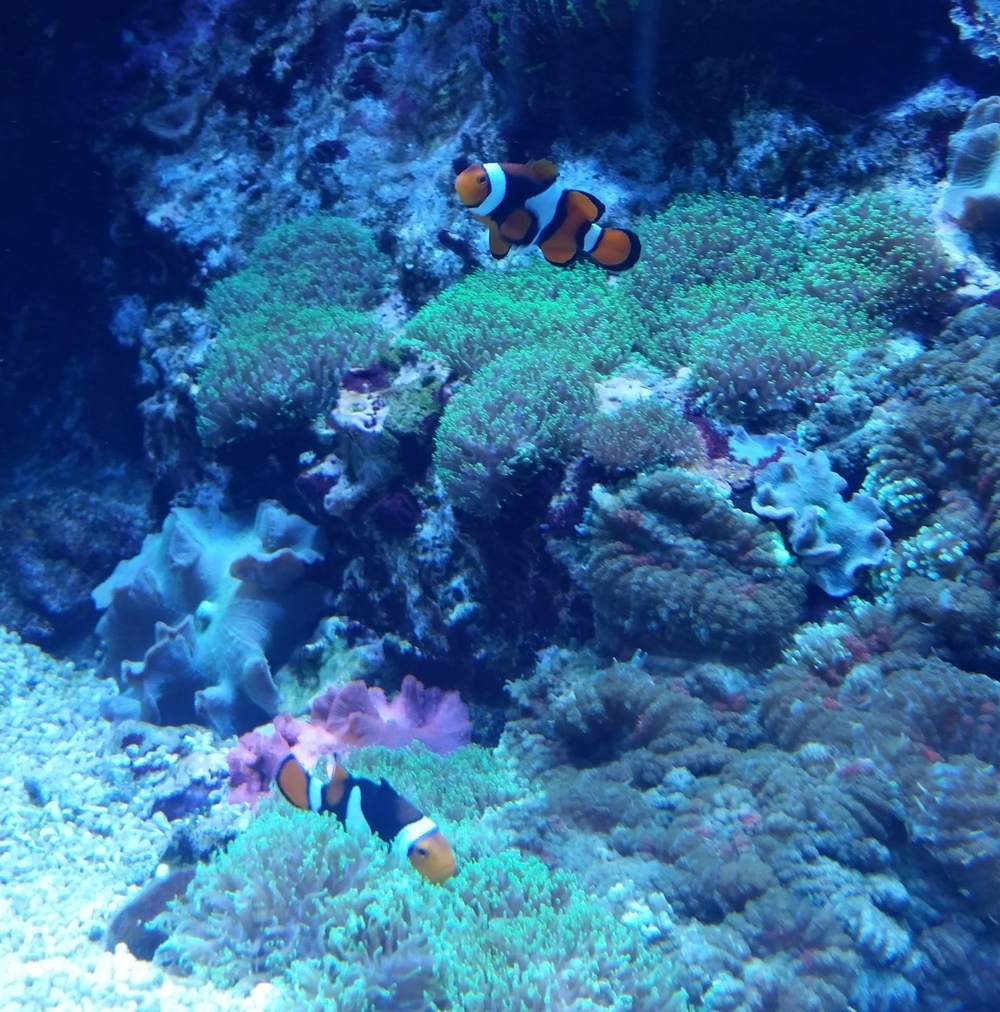 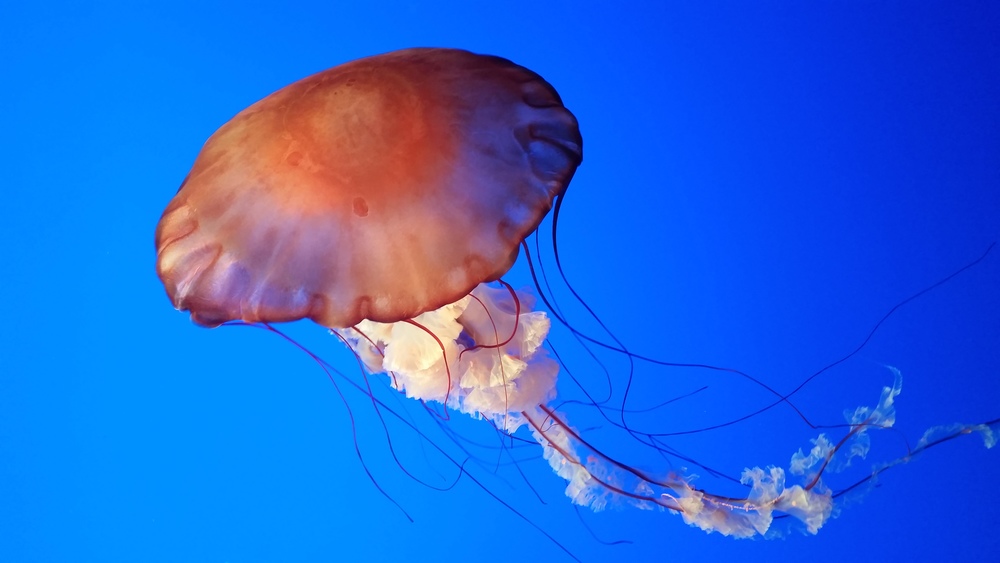 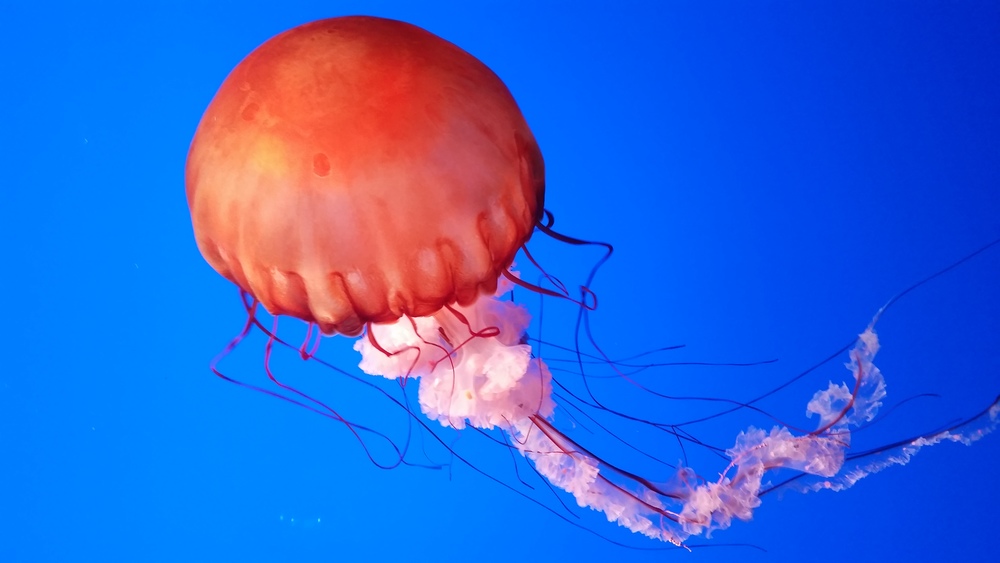 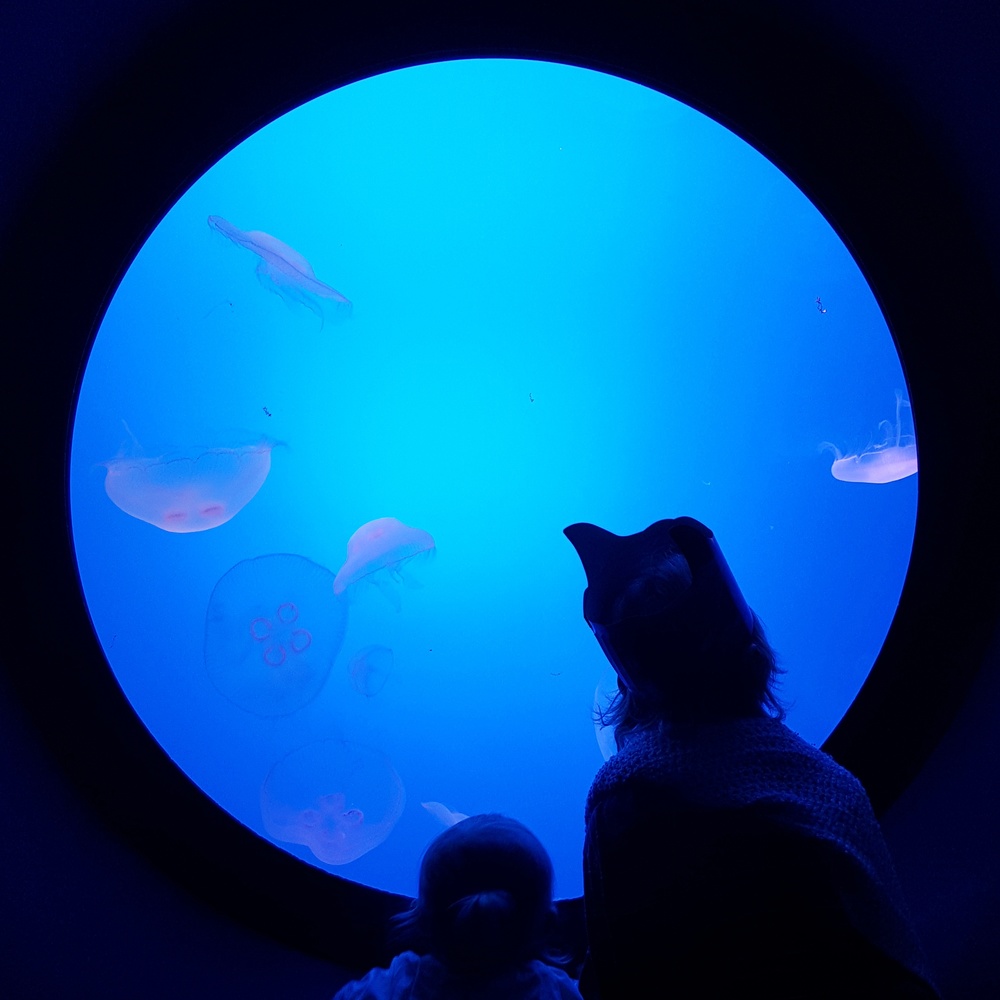