On Friday I took our son, Gabriel, on a hike with a group of other homeschoolers. This hike was led by a Ranger and was going to cover the native edible plants in our area.

We arrived at the Chattanooga River Environmental Education Center a bit early so we meandered around the pond until the others arrived. We had to watch our step because the ground was covered in duck poop, but the pond was lovely.  Gabriel even found a cicada exoskeleton. 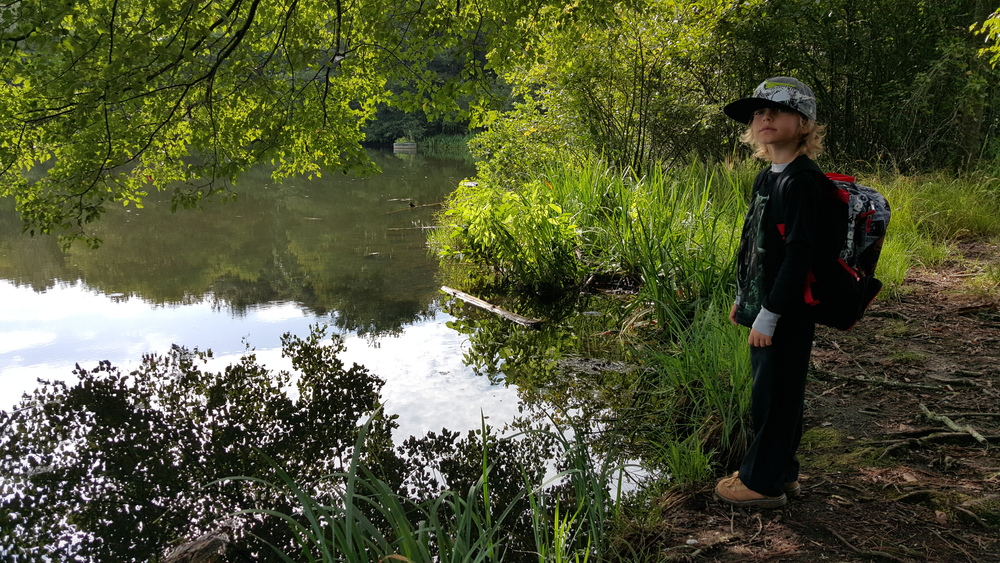 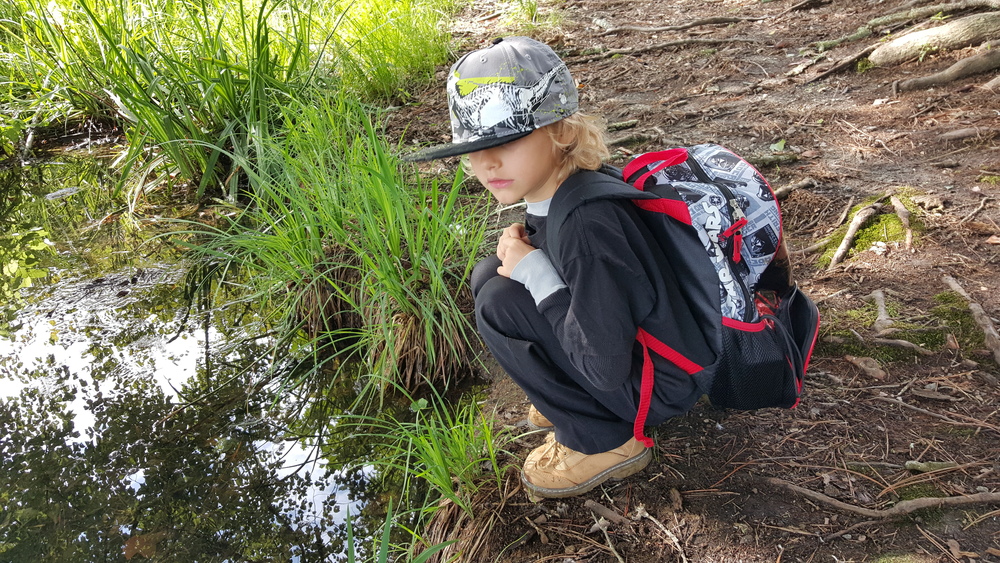 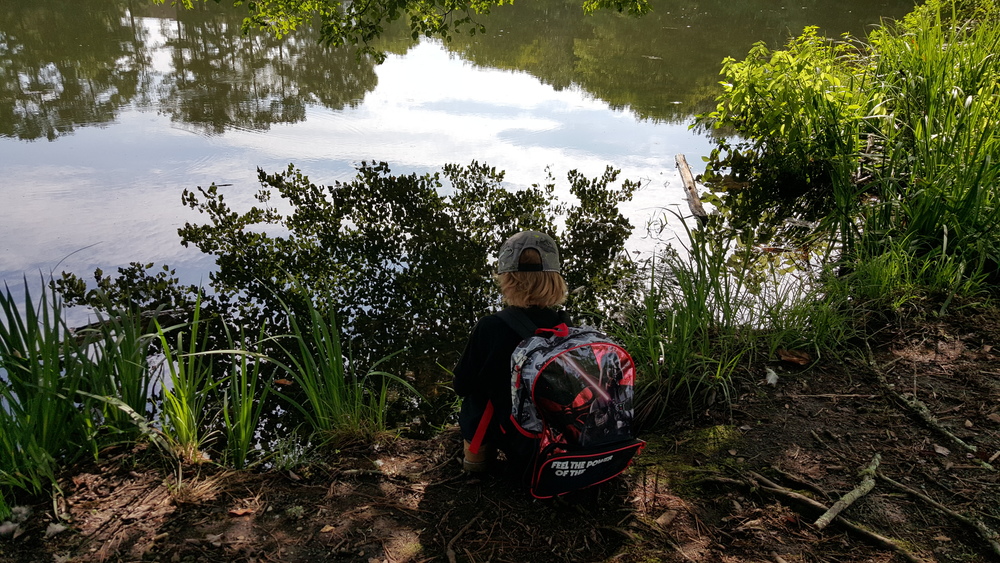 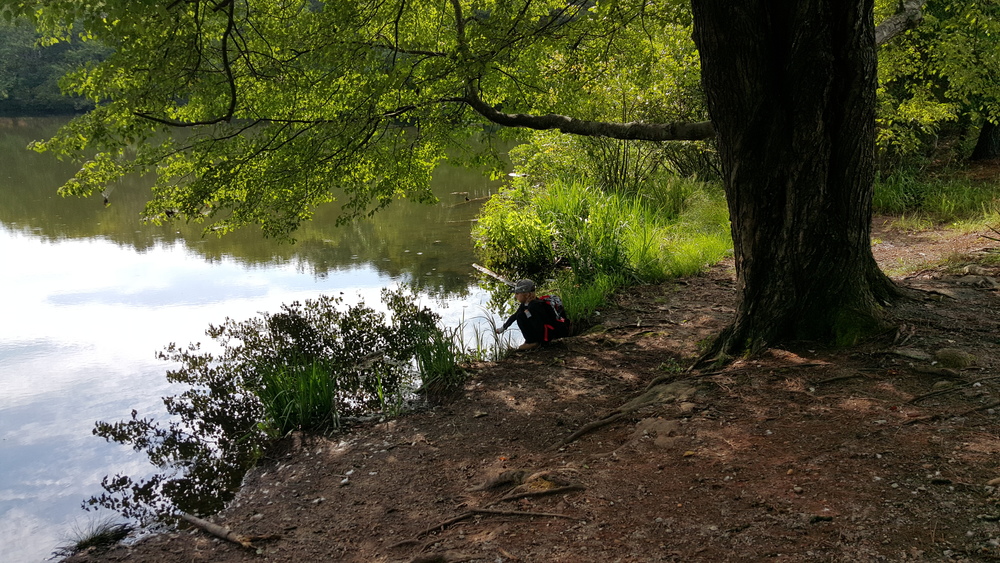 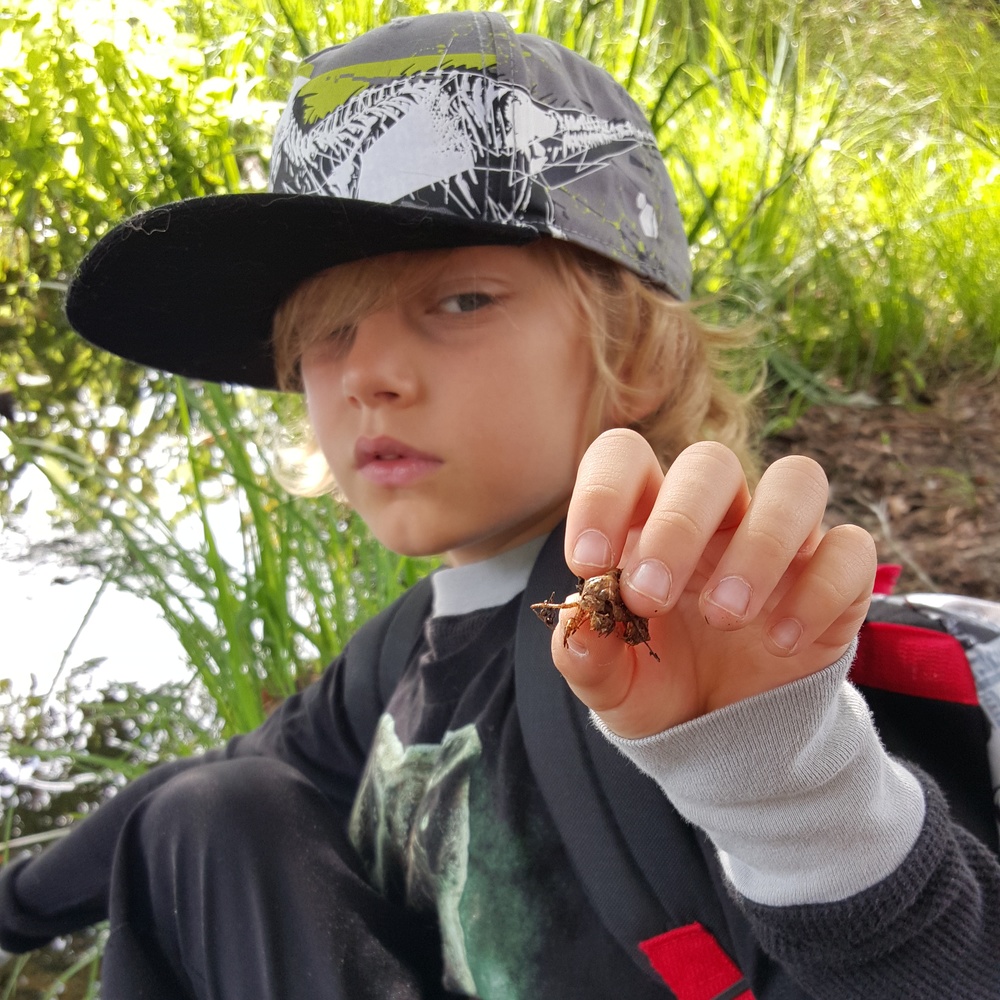 Once the others arrived we headed to the covered balcony to meet the Ranger and his knowledgeable volunteer. They showed us samples of edible plants like Dandelion, Dog Fennel, Black Willow, Plantain, Poke Berry, and Cattail. We learned how the Native Americans prepared these plants and what they were used for one thousand years ago. The Ranger said that many documents written by Civil War Soldiers were written in the ink of Poke Berries! The Ranger and his volunteer were so knowledgeable! They even gave us a recipe for biscuits using Cattail flour! 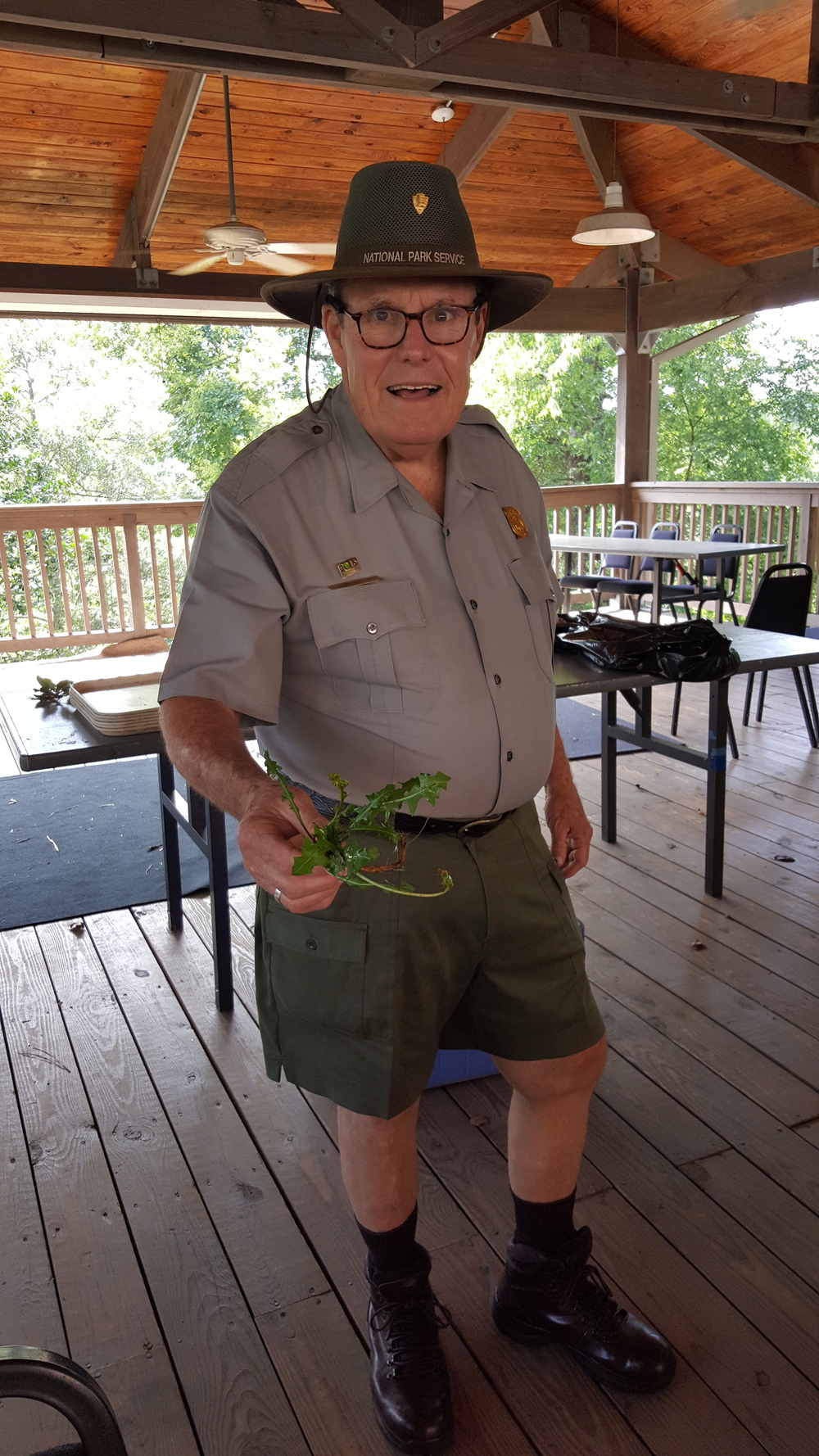 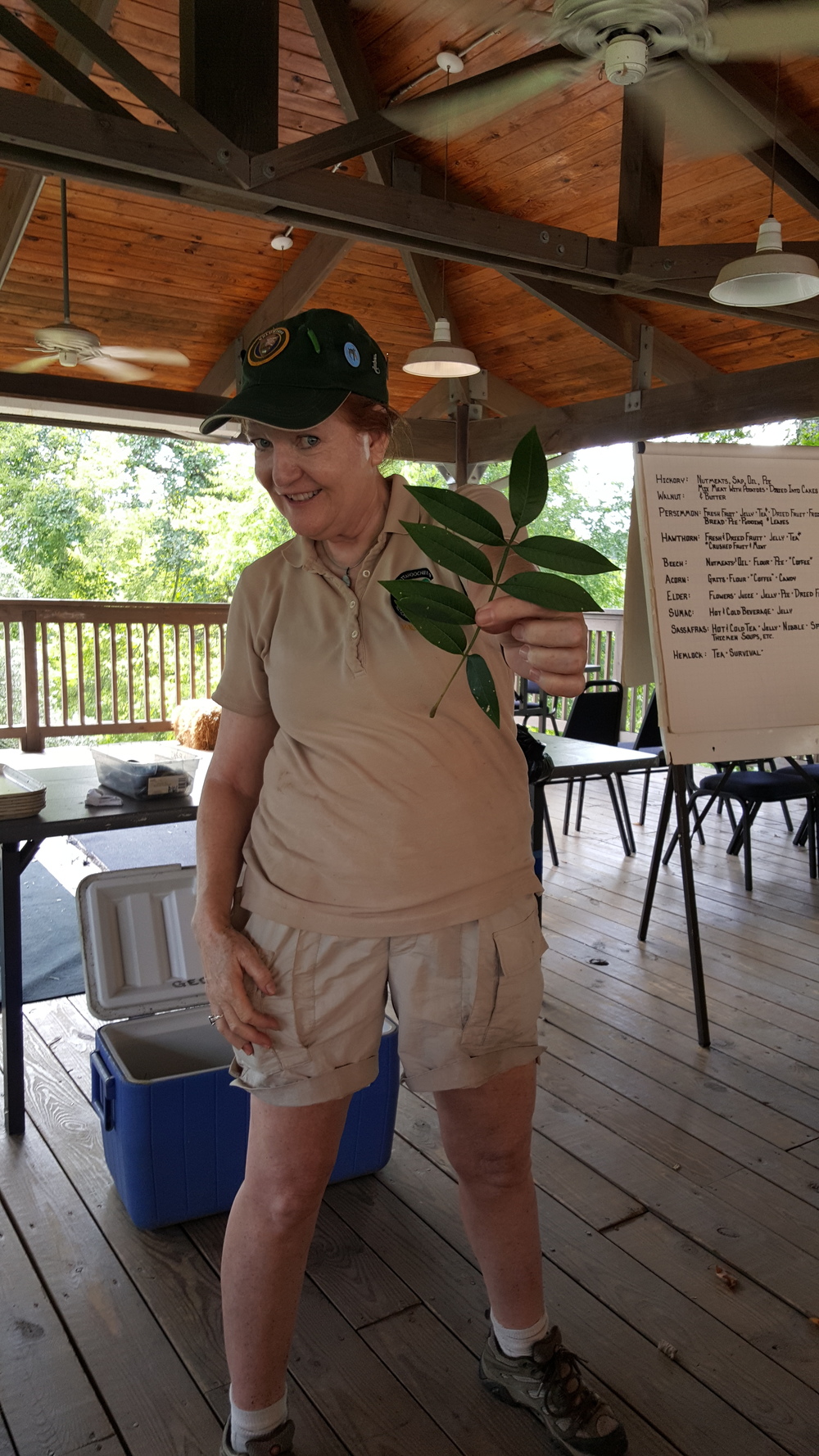 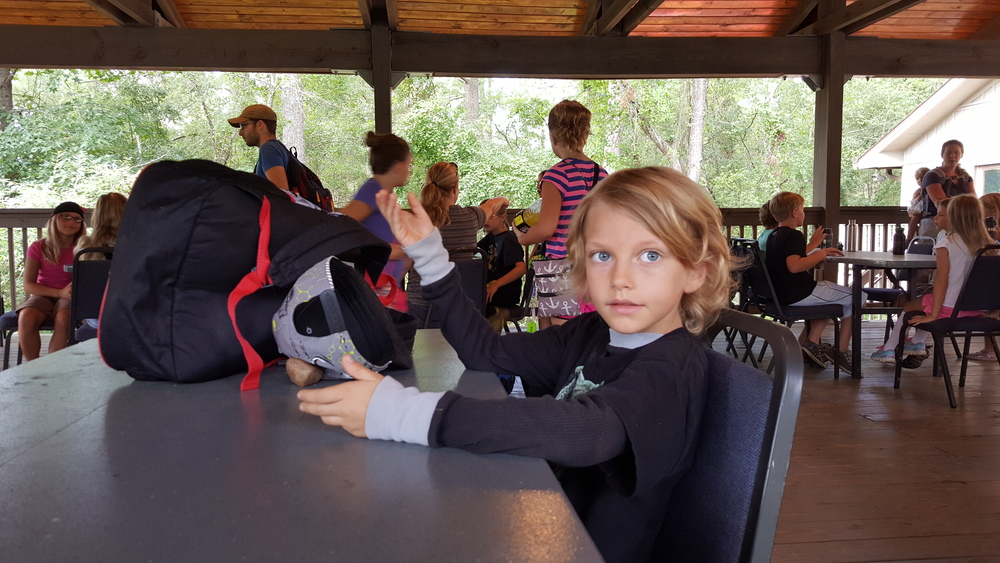 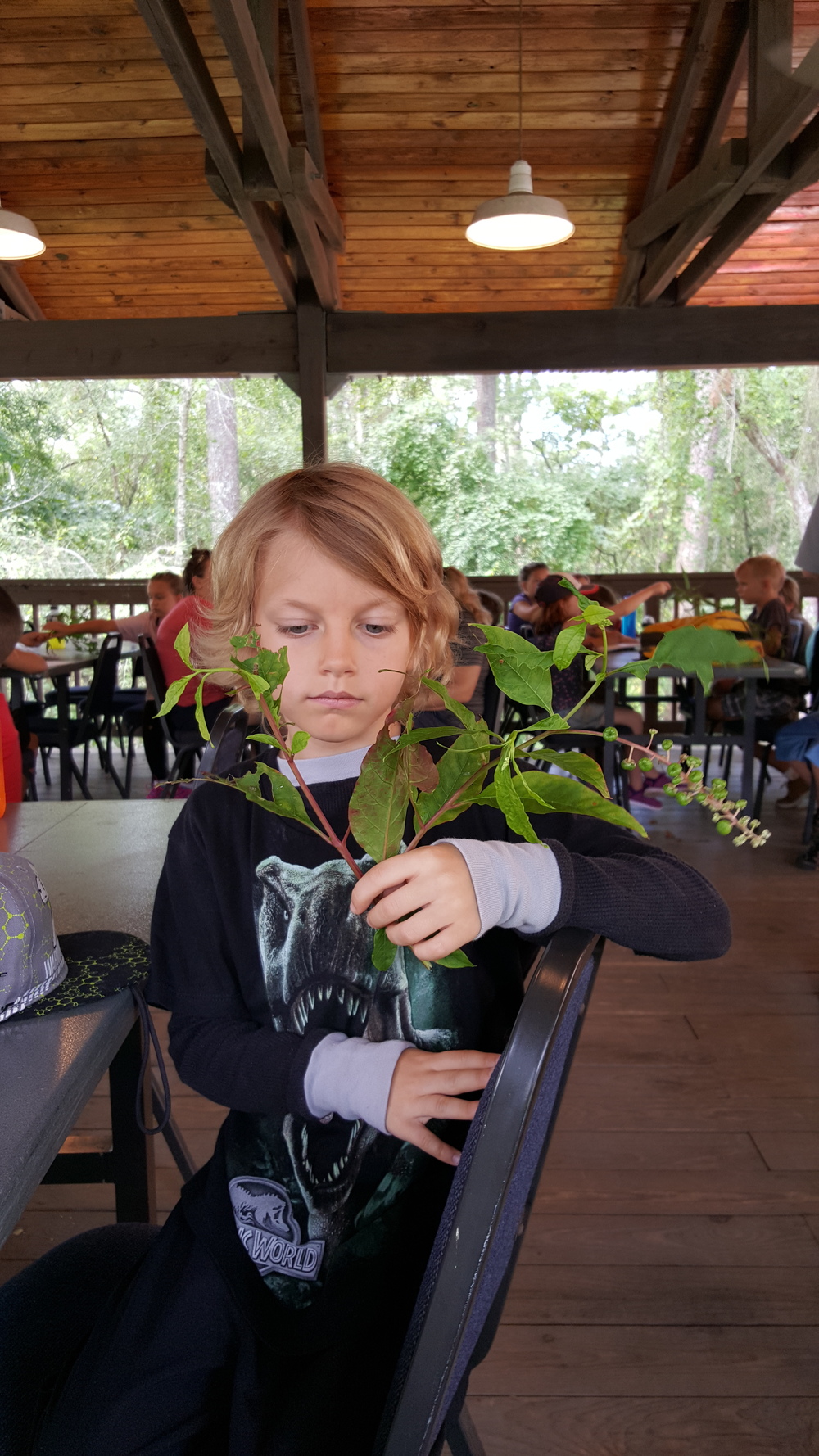 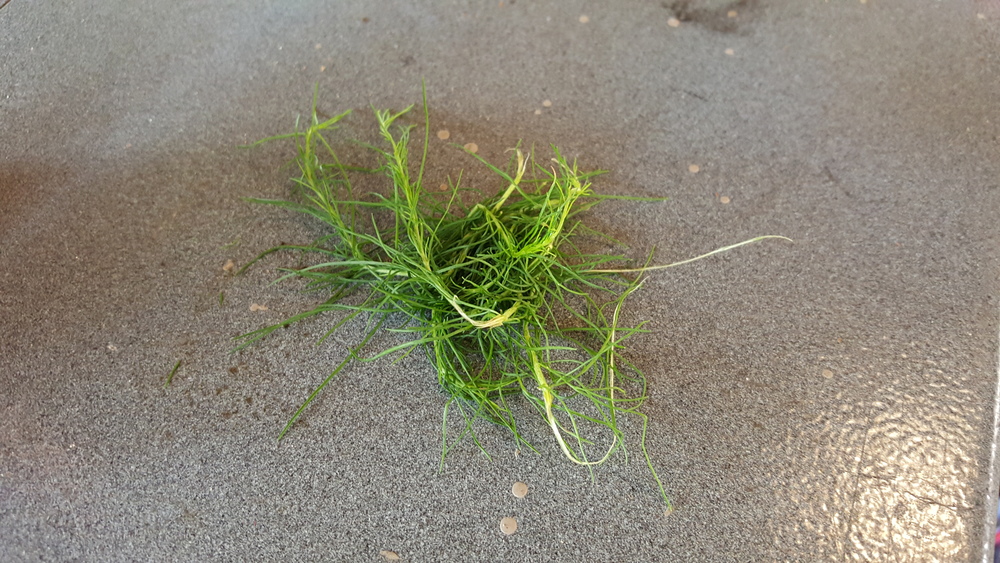 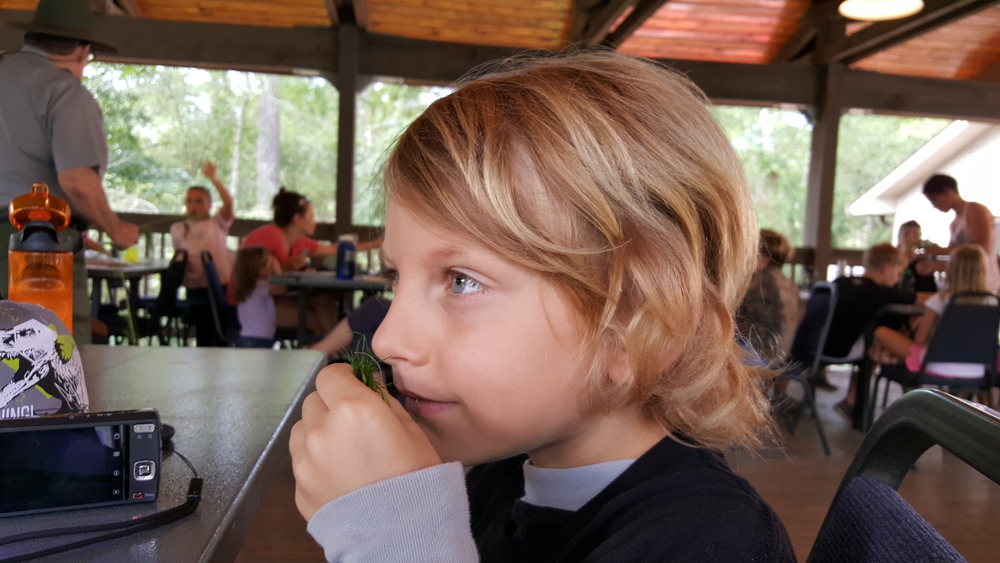 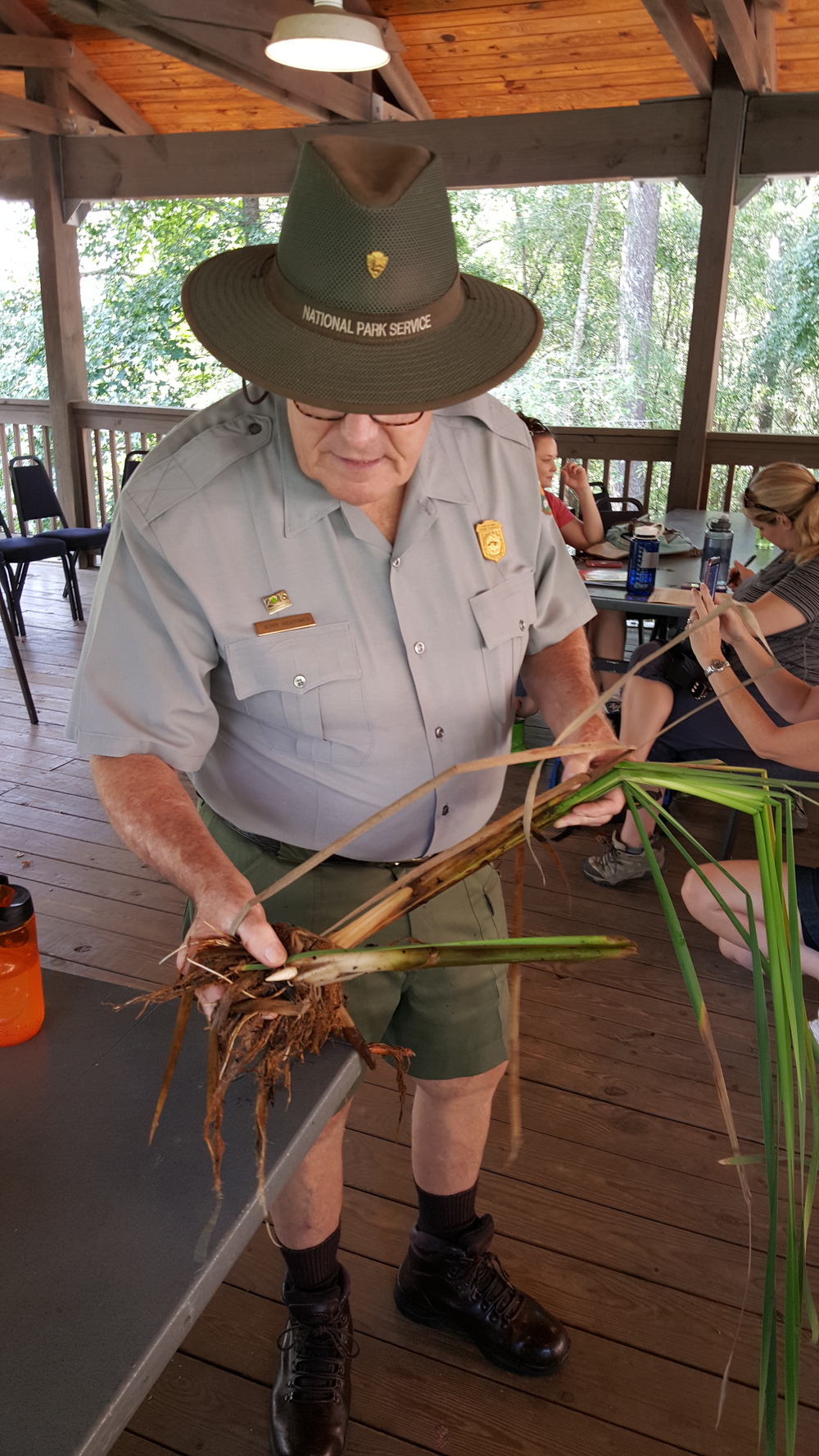 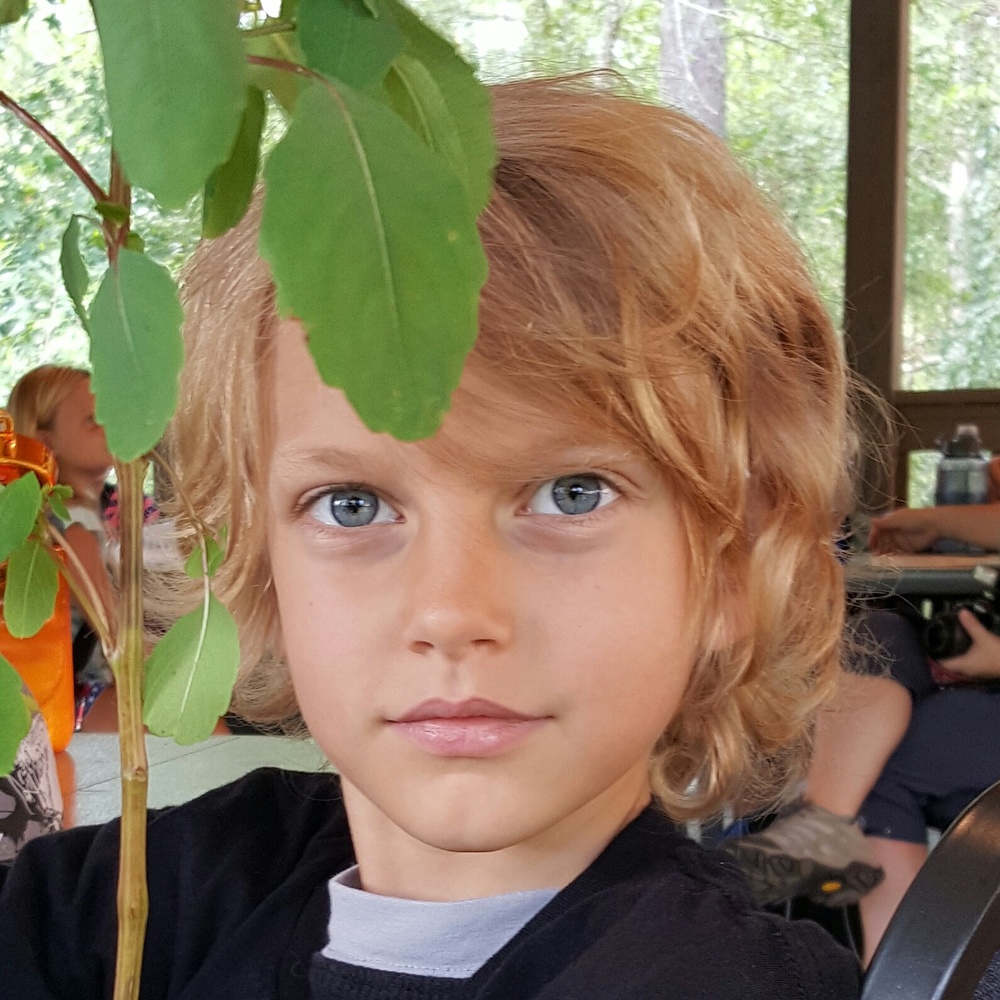 Afterwards, the Ranger led us on a hike through the forest. He showed us Muscadine Vines, Black Walnuts, Hickory, Spotted Jewel Weed, Acorns, Sumac, and Persimmons. The Black Walnuts were still green, but he said that they were ripe when they turned black. They are not only edible but also make a great dye. The Persimmons were also green. The Ranger said that when they turned orange, then they were ready to eat. We had loads of fun on this adventure and learned tons about our native edible plants. 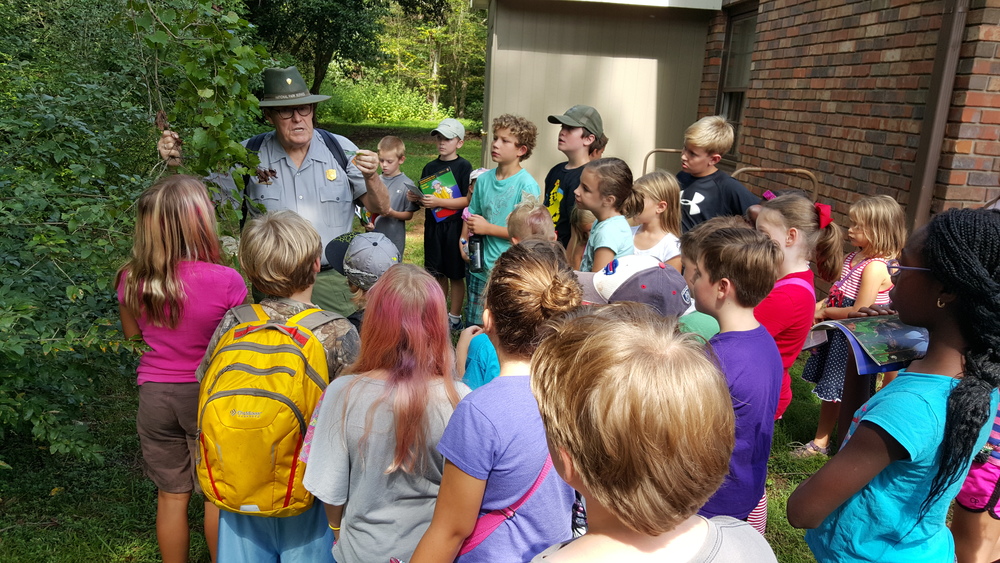 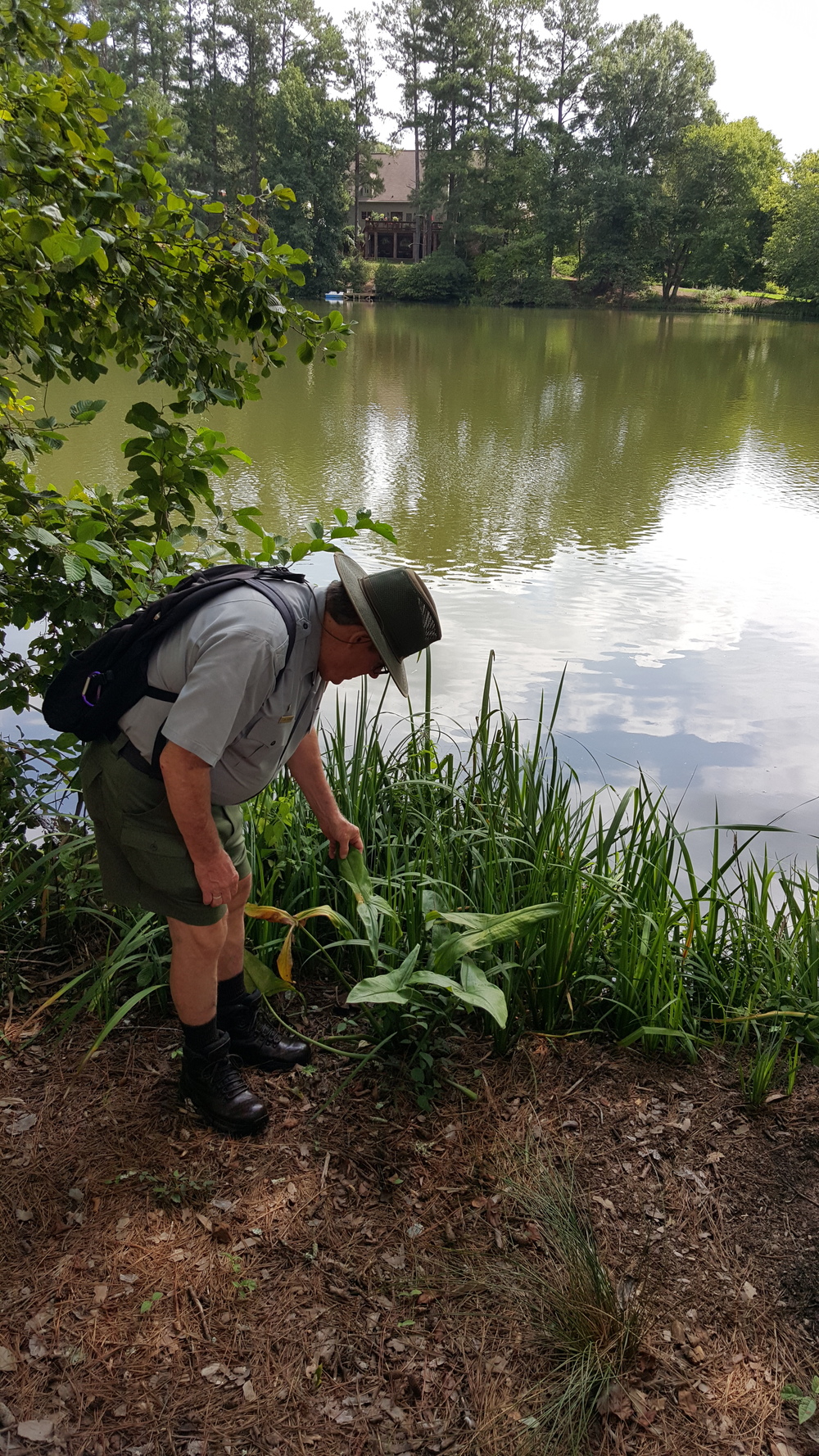 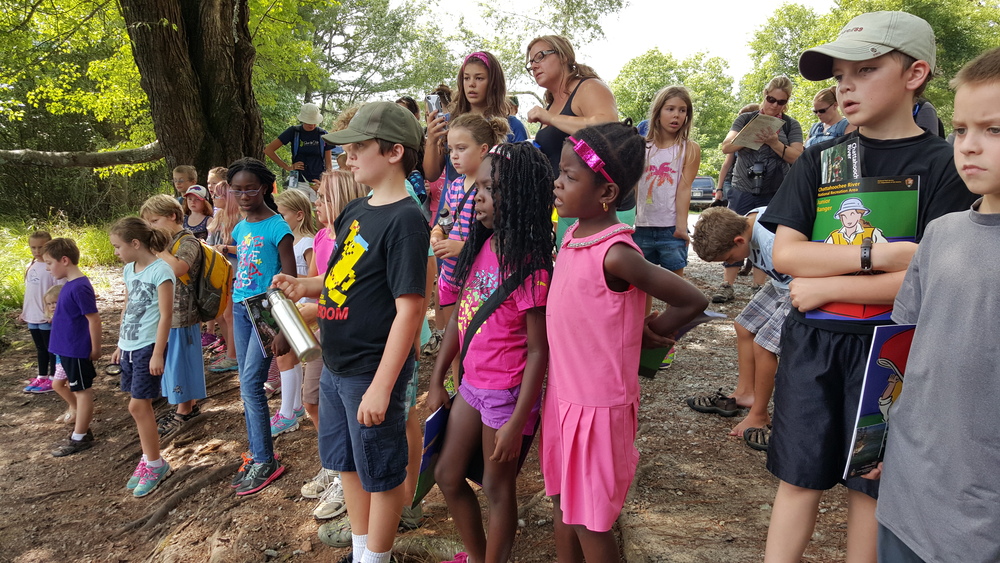 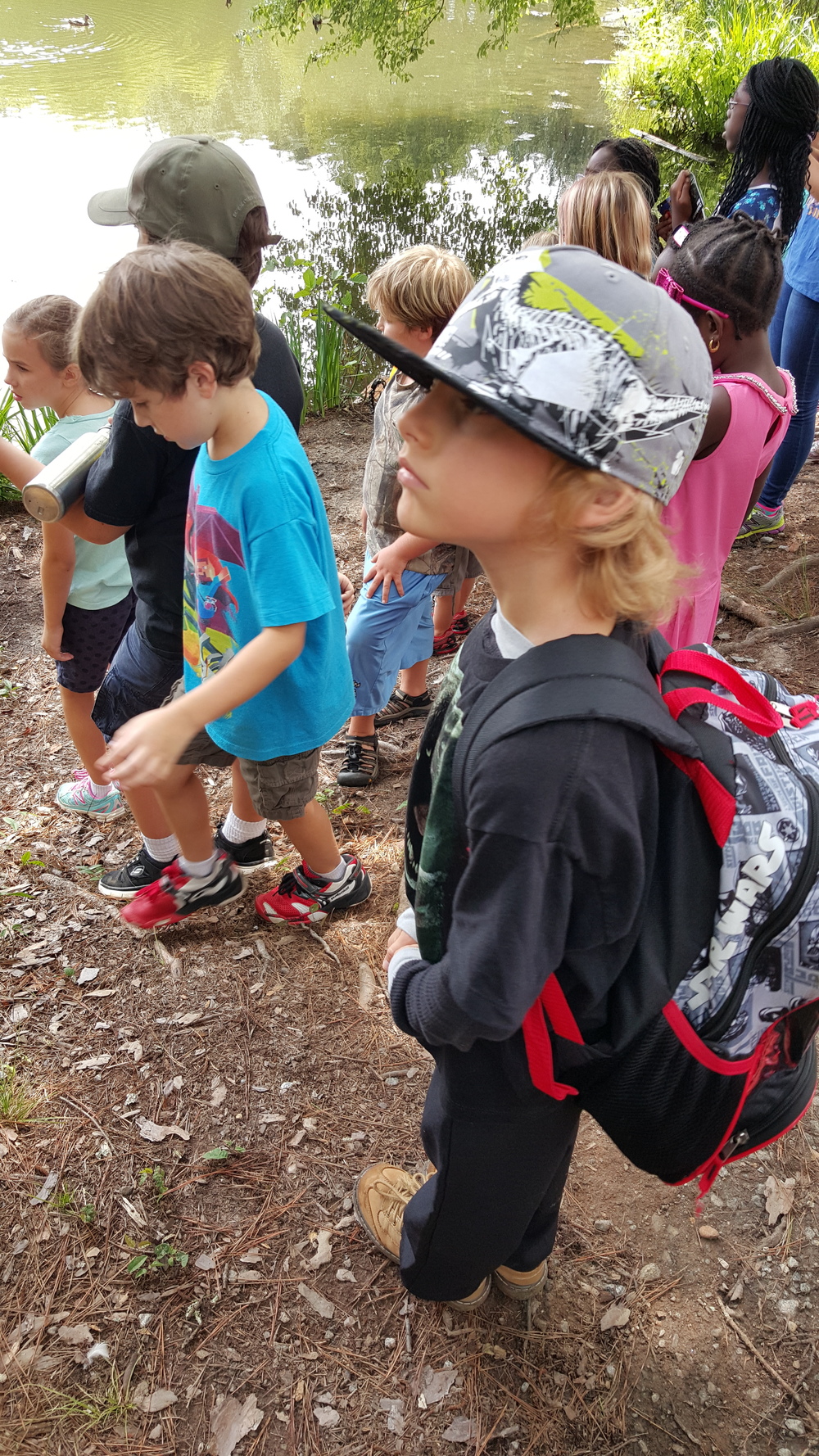 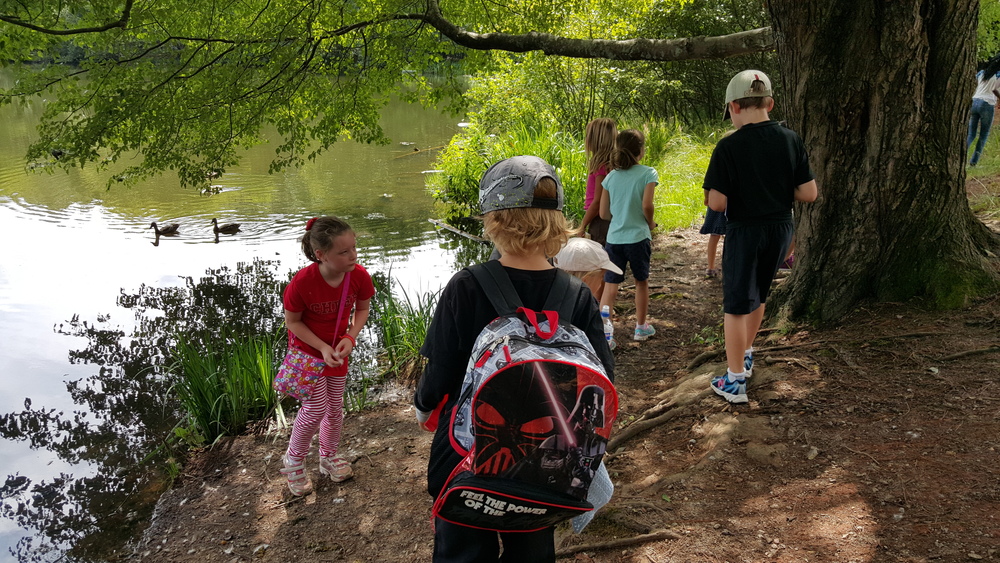 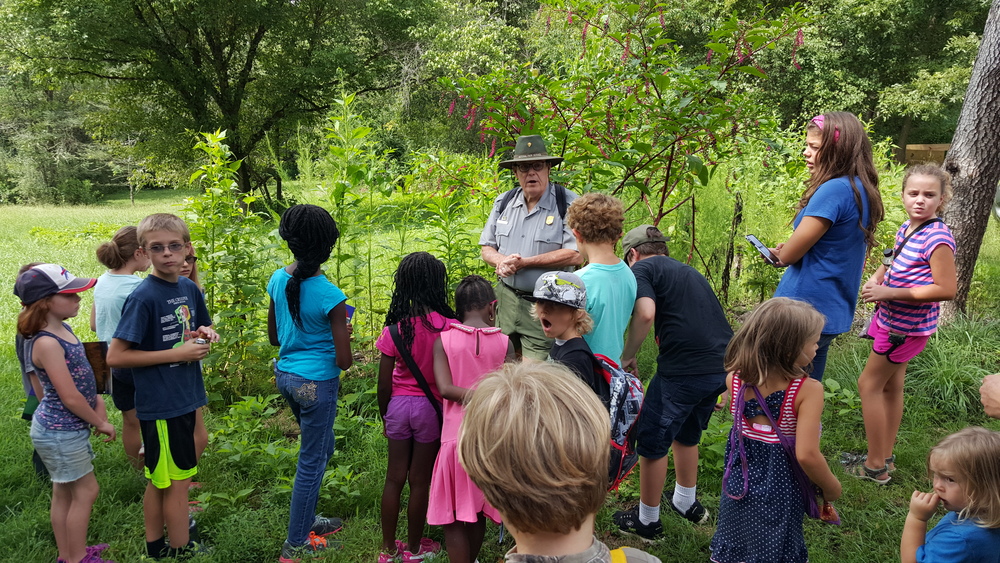 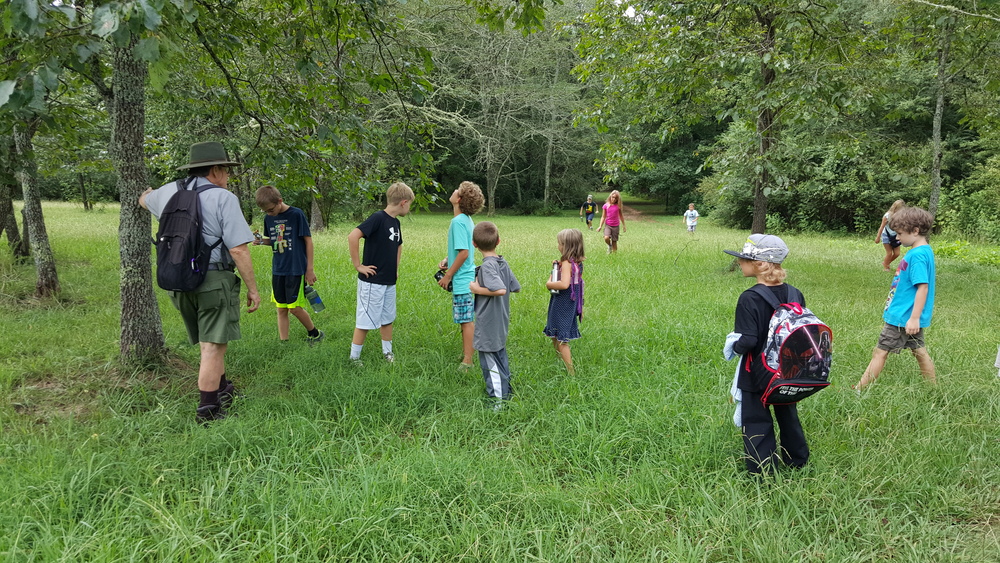 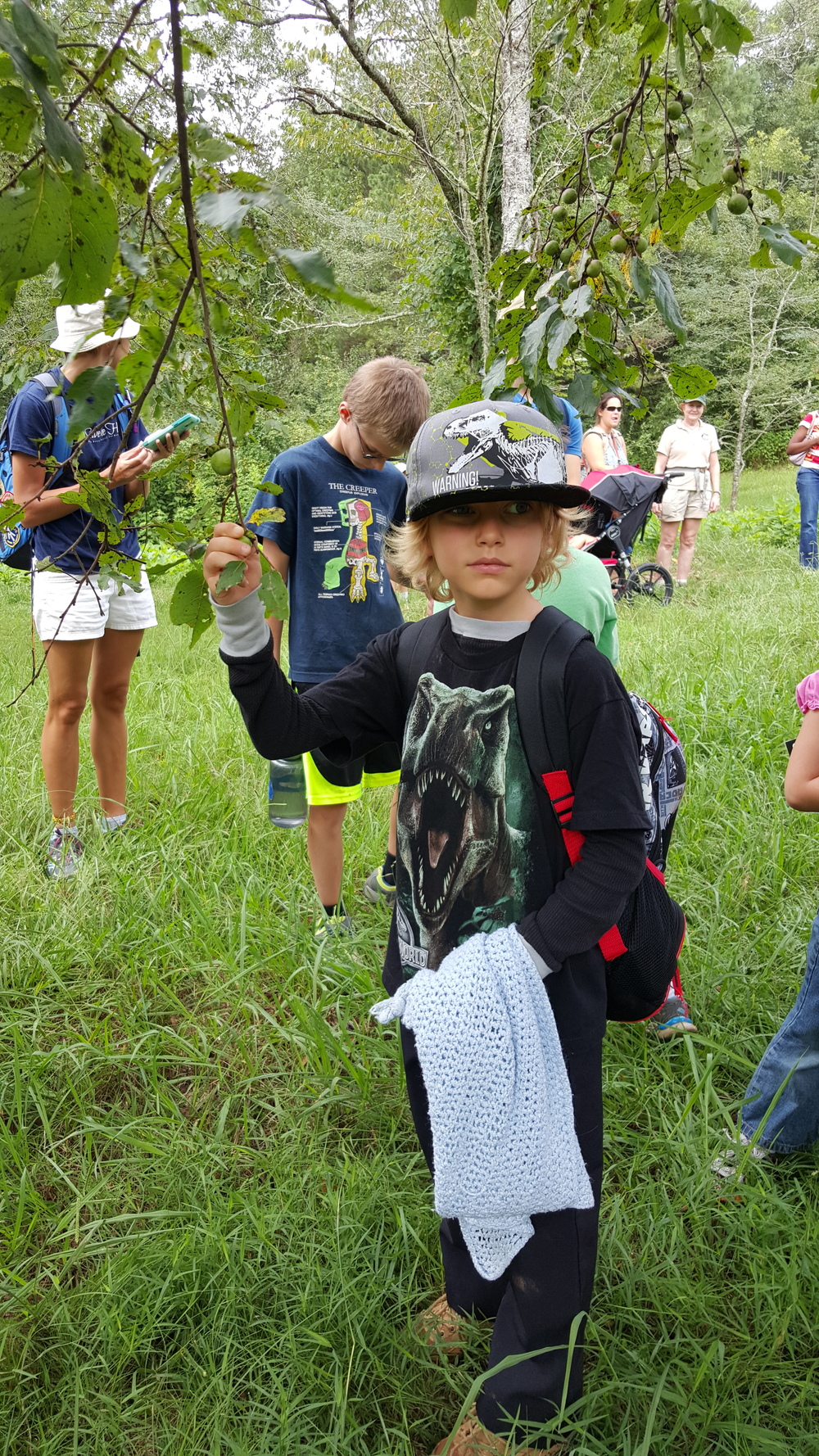 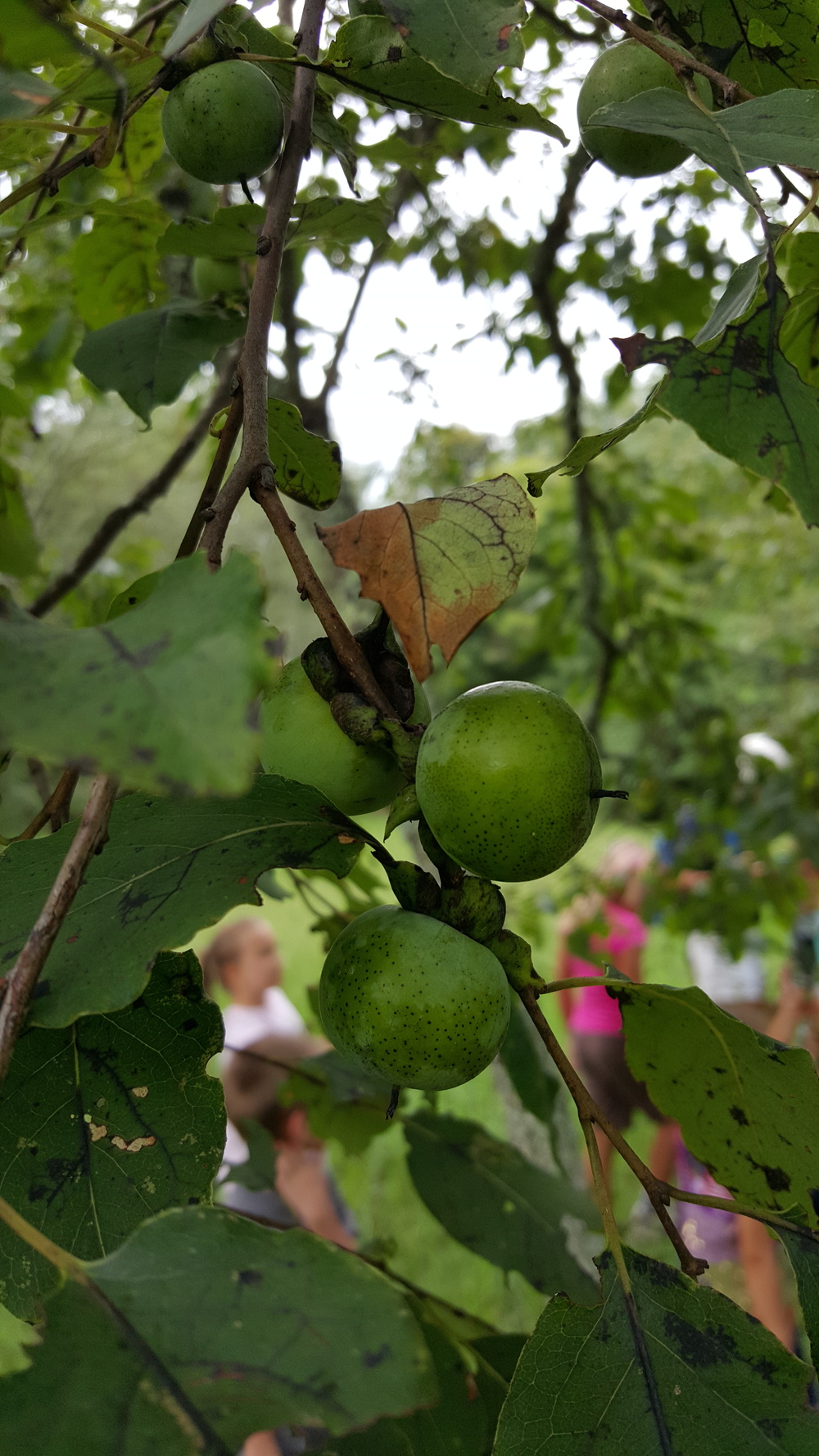 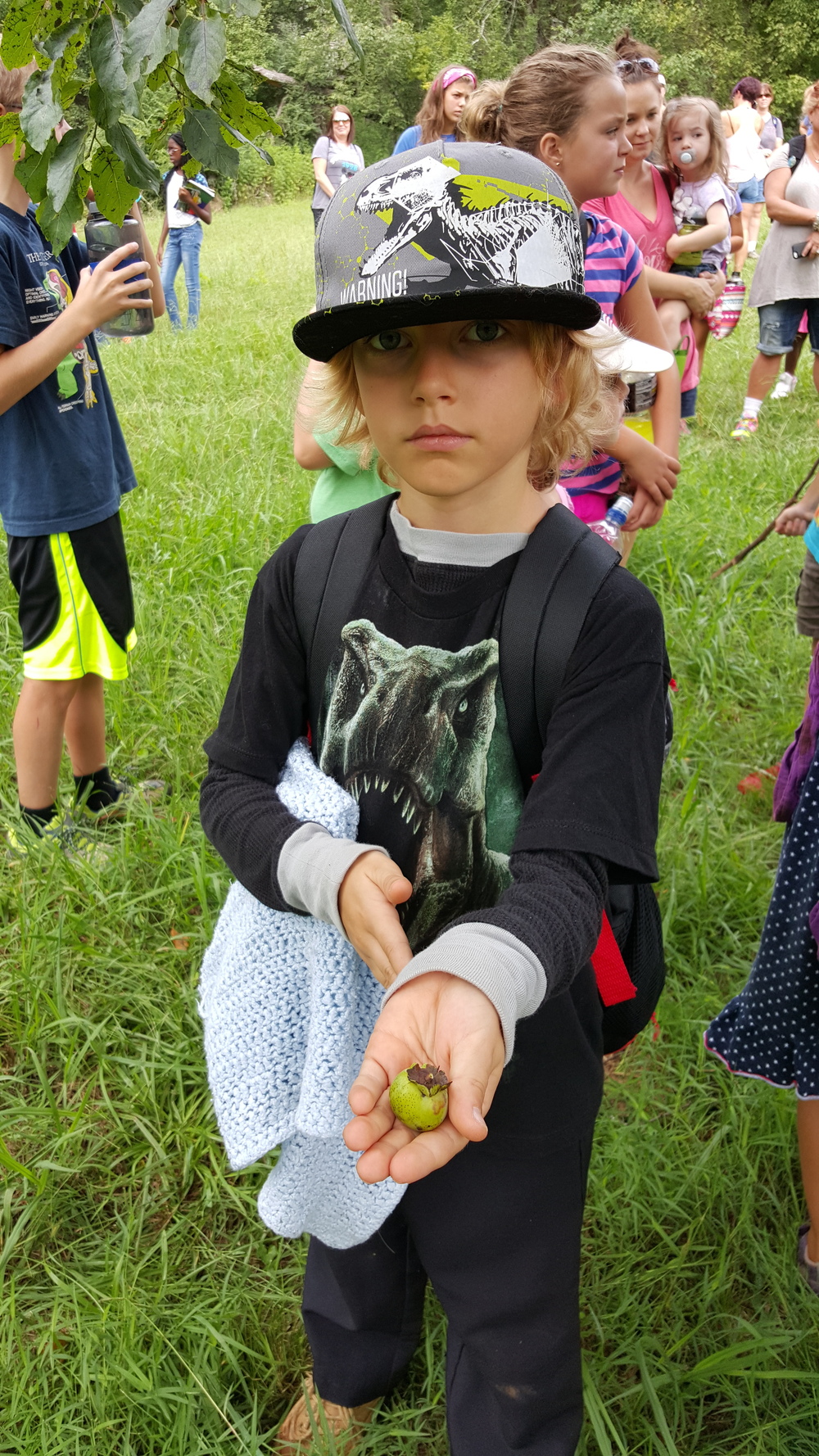