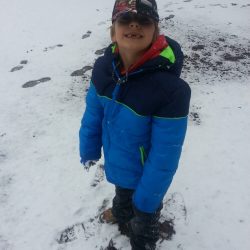 We had our first little snow today...it was less than an inch really. Not a big deal except the children thought it was the greatest thing to ever happen. Gabriel woke up and came rushing into my bedroom, "Mama, Mama! There's snow! It's Beautiful! Come See!" As I struggled to wake up I heard him singing in the living room, " See the Beautiful snow. See the Beautiful snow." Snow Day After … END_OF_DOCUMENT_TOKEN_TO_BE_REPLACED 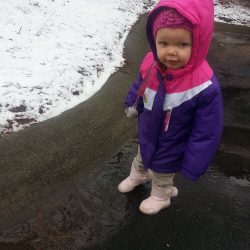 This post is part of the What Homeschool Looks Like series over at Our Life At Home. Jade is always moving. After running, jumping, and throwing snowballs in our first snow of the year, my daughter tumbled face first into a mud puddle. She didn't skip a beat and kept on running around the playground with her brother. … END_OF_DOCUMENT_TOKEN_TO_BE_REPLACED 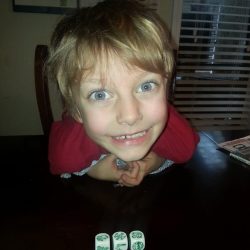 My sister and brother-in-law decided they they wanted to spend their vacation with us this past week of February. We are always delighted to have them. We always have the best fun together. They live in the mountains of Tennessee and we go to their farm several times a year. Likewise, they come to Georgia to see us. The day my sister and brother-in-law arrived, it was Valentines Day. Gabriel … END_OF_DOCUMENT_TOKEN_TO_BE_REPLACED 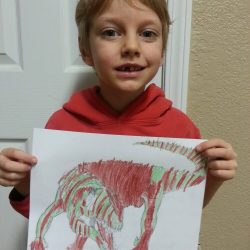 My son has been a dinosaur fanatic ever since he was 3 years old. This passion has spilled over into everyday life for us. What started out as a little boys interest has led to many museum visits, documentaries, puzzles, science experiments, internet searches, geography, mapping skills, and paleontology summer camps. As a family, we have all learned more about the Permian, Jurassic, Triassic, … END_OF_DOCUMENT_TOKEN_TO_BE_REPLACED 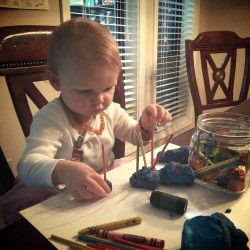 Play-Doh is a basic of childhood. We have all played with it, made weird looking creatures with it, even eaten it. You know you have! The texture, color and mold-ability is what brings children to it time after time. My 2 year old daughter Jade is a play-doh fanatic.  She received her first official play - doh on her birthday in November. It has been a whirlwind love affair between her and the … END_OF_DOCUMENT_TOKEN_TO_BE_REPLACED